The coronavirus is out of control and is the “No. 1 global security threat in our world today,” the United Nations secretary general António Guterres said Wednesday, as the NYT reports.

The U.S. government plans to begin shipping any Covid-19 vaccines within 24 hours of the shots getting a green light for use from regulators, federal health officials said, as the WSJ reports.

“I might even go so far as to say that this face mask is more guaranteed to protect me against Covid than when I take a Covid vaccine.” 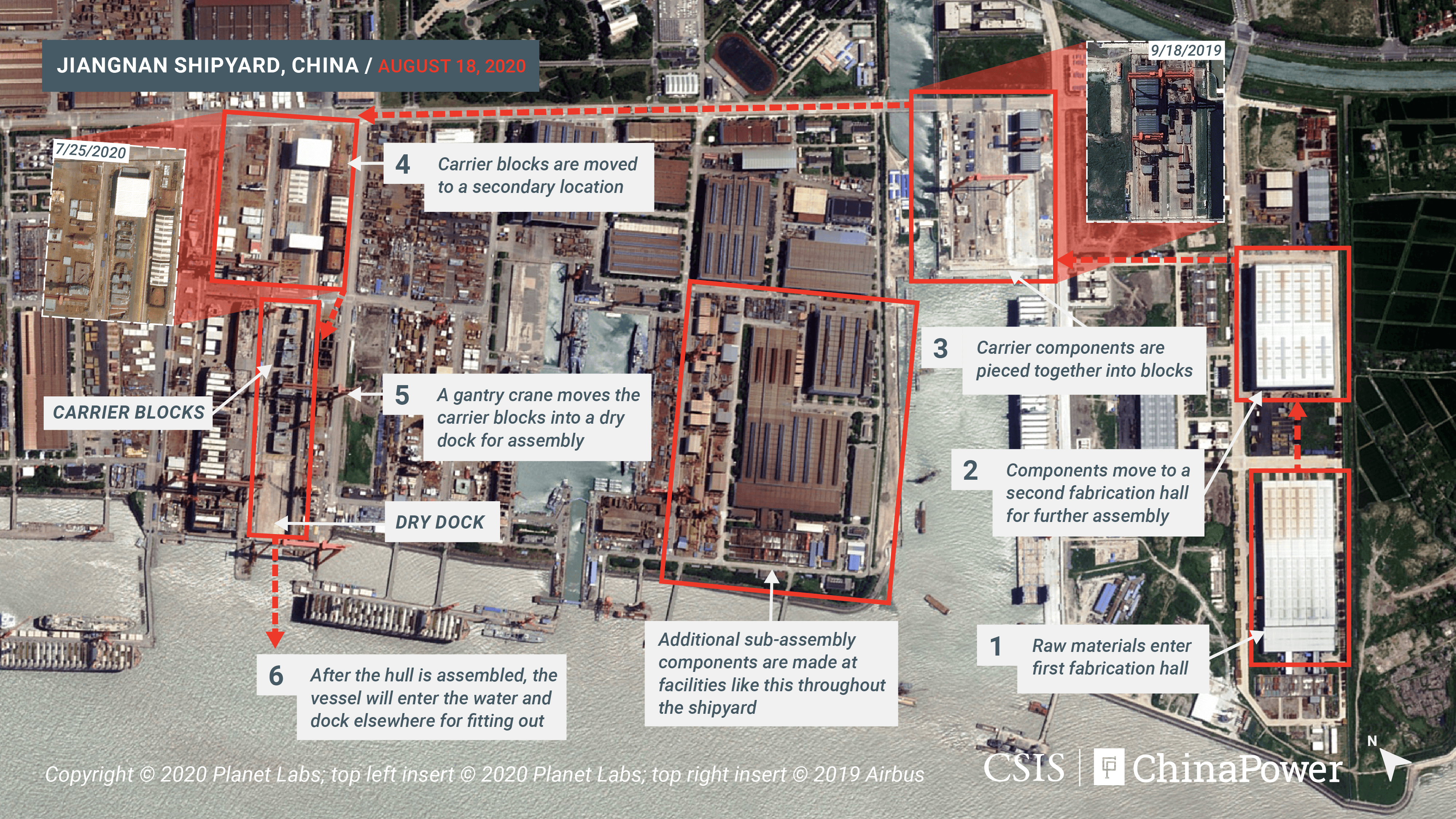 China is making steady progress in constructing what is believed to be its third aircraft carrier. CSIS's China Power Project analyzed satellite imagery collected on August 18, 2020 that shows significant developments in the construction of the vessel and additional improvements to the infrastructure at Jiangnan Shipyard. 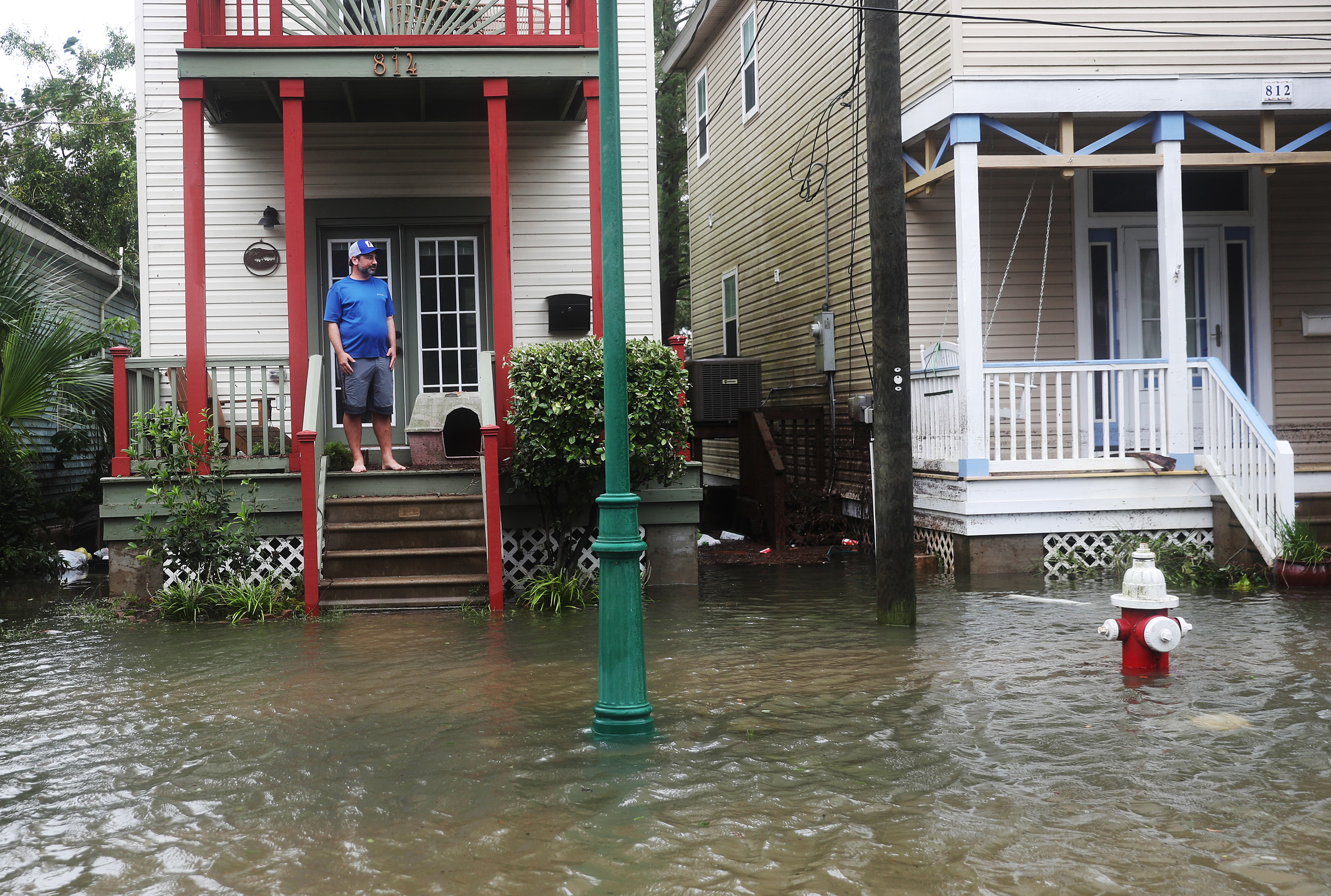 (Photo credit: Joe Raedle/Getty Images.) John Terrezza looks out at a flooded street in front of his home as Hurricane Sally passes through the area on September 16, 2020 in Pensacola, Florida.

“Four Scenarios for Geopolitical Order in 2025-2030: What Will Great Power Competition Look Like?” by CSIS’s Sam Brannen.

Tomorrow, at 9:00 a.m., join CSIS for the latest installment of the Schieffer Series, “U.S. Trade and Economic Leadership in the Next Decade.” Hear from the three co-chairs of the CSIS Trade Commission on Affirming American Leadership about their year-long work developing recommendations to cement U.S. global leadership.

Then, at 12:00 p.m., the CSIS Stephenson Ocean Security Project is hosting senior members of the U.S. national security and foreign policy communities to discuss the increasing threat of IUU fishing, a pernicious practice with ramifications for U.S. strategic interests and sustainability alike.

Later, at 1:00 p.m., the CSIS Freeman Chair and the CSIS Transnational Threats Project will speak with Congressman Joaquin Castro (D-TX) and Congressman Will Hurd (R-TX) on U.S.-China information competition.

The fifth session of CSIS’s Climate Solutions Series, Decarbonizing the Built Environment, examined emissions from the buildings sector and the opportunities and challenges for its decarbonization. Watch the full event here.

In this episode, I sat down with Rebecca Lissner, co-author of An Open World: How America Can Win the Contest for Twenty-First-Century Order . Rebecca draws on this new book to discuss why she believes the United States needs to re-imagine its grand strategy in order to face and overcome new 21st century challenges.

There is a short list of musicians/bands whose music has the power to completely overpower me, to stop me in my tracks, to mesmerize my soul. At the very top of that list is Van Morrison.

Other than New Orleans, I’ve never visited a city that has rhythm and blues music more deeply embedded in it than Dublin or Galway. As with my second home, the Crescent City, these Irish towns ooze music and you can’t walk the streets without hearing and seeing world-class musicians doing their thing.

This is why I’m so blown away by the Irish artists who are honoring Van Morrison for his 75th birthday by covering his standards. If you saw the clip I put up yesterday, “Astral Weeks” as performed by Glen Hansard, you know by now how serious this project is and have a taste of just how great these covers are. I couldn’t stop watching Hansard. He’s been one of my favorites for years—since I first saw him in the film “The Commitments.” Well, another star of “The Commitments,” singer/actress Bronagh Gallagher recorded her own tribute to Van. And it took me away to another place even more than the Hansard cover did! This one is for a very special Irish-American baby with amazing parents who was born during the pandemic and has so much to look forward to in life as the healing has begun. https://www.youtube.com/watch?v=UNQO5_h0NfU