Can We Really Pay Down the National Debt with Tariffs?

This past weekend, President Trump tried out a new defense of the controversial tariffs his administration has imposed: They will reduce the U.S. national debt.

As a candidate, the president promised to eliminate the entire national debt by the end of his second term. And tariffs do increase government revenue. So how plausible is the assertion that tariffs will pay down much of the $21 trillion debt?

Q1: What is the national debt? How does it differ from the deficit?

The national debt is the total amount of money that has been borrowed and not yet repaid. When we run a budget deficit, the debt gets bigger. When we run a surplus, the debt shrinks. Currently, as the president’s tweet says, the debt stands at over $21 trillion dollars, or roughly $65,000 for every U.S. citizen. To reduce that number, the government would need to raise revenues or cut spending. Tariffs, which are taxes that U.S. consumers pay on imported goods, are one example of how governments can raise revenues.

Q2: Will the new tariffs help run a budget surplus?

A2: The Treasury Department’s latest monthly statement shows that the budget deficit so far in fiscal year (FY) 2018 (since October 1, 2017) is $607 billion. Over that same period, the government has raised $28.318 billion through tariffs (“customs duties”). By the end of the fiscal year, Treasury expects the budget deficit will equal $833 billion (and in FY 2019 it will be $984 billion). To run a budget surplus, receipts must be greater than outlays, and tariffs represent one form of receipt. But tariffs are clearly not the most significant. Individual income taxes have raised $1.305 trillion through FY 2018. Tariffs raise 1/50th as much.

Up until World War I, tariffs were a large source of revenue for the U.S. government. But in 1913, the 16th Amendment established Congress’s right to impose a federal income tax, and tariffs have represented a smaller proportion of receipts ever since. As of 2017 , 47.9 percent of revenue came from individual income taxes, 35 percent from payroll taxes, 9 percent from corporate income taxes, 5.6 percent from other taxes, and 2.5 percent from excise taxes (taxes on specific goods like gas). According to the Treasury Department , the federal government is expected to bring in $3.34 trillion in revenue in FY 2018. Just $40.437 billion of that is projected to come from customs duties, representing 1.21 percent of the government’s total expected receipts.

In some countries, tariffs still act as a major source of government revenue. In Nepal, for instance, tariffs make up 17.8 percent of all taxes. But countries that depend on tariff revenue have much less developed economies than the United States and large informal sectors. For them, tariffs on goods entering the country from abroad represent an easier way to raise revenue than tracking every citizen’s income.

Of course, the government could continue to increase tariffs—and has proposed doing just that. The Trump administration has floated a 25 percent tariff on $200 billion of imports from China and another 25 percent tariff on all cars and car parts ( which accounted for $359 billion in imports in 2017 ). But this will not get us to a budget surplus for two reasons. First, the government would collect less than $140 billion from those proposed tariffs—a hefty chunk of money, but still a long way from making up for the projected budget deficits. Second, as tariffs are introduced, consumer patterns change. The U.S. public will not import as many goods from China if the prices rise, which means the base from which the government collects tariff revenue will shrink.

Other tax bases would shrink as well. Tariffs protect a few industries but raise the cost of inputs in many more, which in turn usually produces less profitable businesses and job losses. That would mean less income, smaller payrolls, and fewer corporate profits for the federal government to tax. Tariff revenues would rise, but the government’s more important sources of receipts would fall.

As a final point, it’s important to note why the Treasury Department’s projected budget deficits are so large: last year’s Tax Cuts and Jobs Act . The government is bringing in less revenue now that it has cut taxes. Proponents of the tax cuts argue that the economy will grow faster, and thus produce more tax revenue, making up the difference. So far however, the opposite has occurred. Government receipts in June 2018 were seven percent lower than a year earlier. Without a corresponding cut in government expenditures, the deficit will continue to grow, likely outpacing any offset from increased tariff revenue.

Q3: Hypothetically, how high would the proposed tariffs on Chinese goods and auto parts need to be pay down the national debt?

A3: To help start to pay down the debt, tariffs must first turn the budget deficit into a surplus. But even $140 billion in potential tariff revenue would not come close to achieving this. As a thought exercise, assume the quantity of imports stayed constant as tariffs rose, and that other sources of government revenue were similarly static—which, as we said above, is never the case. What level would the proposed tariffs have to reach before they would begin to pay down the debt?

Last year, the U.S. imported $505 billion worth of goods from China and $359 billion worth of cars and car parts from all over the world ( about $20 billion worth of those auto parts come from China , so there is a slight overlap). The Treasury Department projects a $984 billion budget deficit next year. If President Trump wanted to use these two proposed sets of tariffs to eliminate the deficit, he would therefore have to raise the proposed tariff rates to more than 100 percent, immediately more than doubling the price U.S. citizens have to pay for cars or consumer items from tee shirts to televisions. At that point, it becomes even more difficult to imagine purchasing patterns would stay the same. The average price of a car in the United States is $36,000; how many people would buy that same car if it suddenly cost $72,000? 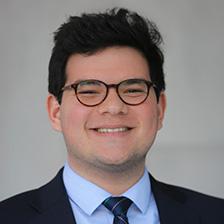 A Democratic Trade Policy Part I
By William Alan Reinsch
June 1, 2020
In the News

How Trump’s tax cuts and tariffs will make coronavirus recession worse
LA Times | Don Lee
May 19, 2020
View all content by this expert