Femicides in Mexico: Impunity and Protests

Almost 35,000 people were murdered in 2019, Mexico’s most violent year on record. The sky-high murder rate in the country made international news and called into question President Andrés Manuel López Obrador’s (also known as AMLO) ability to manage an ever-changing security landscape in Mexico. In addition, activists have been mounting a sustained campaign in recent months to call attention to an epidemic within an epidemic: femicide.

The World Health Organization generally defines femicide as “intentional murder of women because they are women.” While femicides represented about 10 percent of all murders in 2019, the rate has increased exponentially, growing 145 percent since 2015. (This number is also incomplete as several states in Mexico do not separately count femicides.) The increasing prevalence of femicides is a worldwide problem; even in countries with falling homicide rates, the proportion of femicides continues to rise.

Mexico began officially counting femicide data in 2012; in the same year, it had the 16th-most incidents of femicide in the world. During the 1990s and early 2000s, the murders of women in Ciudad Juárez gained national and international attention, with hundreds of women reported missing or found dead. The inaction of the Mexican government in those cases drew ire from observers both in Mexico and outside of the country, but the issue of femicide in Mexico was far from just a local issue. Approximately 10 women are killed every day in Mexico, and the rate of femicide has doubled in the last 5 years. Regionally, Mexico ranked only behind Brazil in the absolute number of femicides in 2018. Femicide is also an inherently intimate crime. More than 40 percent of femicide victims in Mexico knew their killer, and femicides are particularly brutal crimes: women are more likely than men to be killed by strangulation, drowning, suffocation, and stabbing. These astounding statistics have an impact on the perception of security in Mexico as 77 percent of Mexican women report not feeling safe.

Systemic impunity in Mexico also impacts femicides. Mexico’s impunity rate has reached an astounding level; 93 percent of crimes were either not reported or not investigated in 2018, and investigation and prosecution of femicides follows that trend. Although many states have begun to classify certain homicides of women as “femicides,” they often provide unreliable data and sometimes do not classify them correctly. Given the underreporting of femicides and the fact that some states still do not distinguish them as separate crimes from homicide, the number of femicides in Mexico is likely significantly higher.

Although femicide has been a problem for many years in Mexico, several high-profile cases and protests have emerged in the country over the last years. The #NiUnaMenos (“not one woman less”) campaign began in Argentina in 2015 and swept through Latin America, including in Mexico. In August 2019, after the alleged rape of a teenage girl by a group of police officers north of Mexico City, protesters rallied in Mexico City in the so-called “glitter revolution.” Demonstrators marched to the attorney general’s office, smashing some windows. Claudia Sheinbaum, the head of government of Mexico City and a well-known AMLO ally, denounced the protestors, prompting further backlash. Eventually, Sheinbaum’s office and the AMLO administration agreed to make femicide and gender-based crimes a priority, and Mexico City and 19 Mexican states declared a gender violence alert.

Two high-profile cases in February served as the catalyst for major demonstrations in Mexico. On February 9, a woman named Ingrid Escamilla was skinned and killed by her alleged partner. Just a few days later, a 7-year-old girl named Fatima Aldrighetti was kidnapped, tortured, and murdered. These cases prompted dozens of protesters to go to the Palacio Nacional in Mexico City, where they splashed red paint and graffiti on a main door. A national demonstration on March 8 in honor of International Women’s Day drew thousands of protesters. The next day, tens of thousands of women took part in a nationwide walkout, disappearing for 24 hours from their schools and jobs. The largely leaderless movement, known as #UnDíaSinNosotras (“a day without us”), was a statement challenging the government’s perceived indifference to the growing issue of femicides in the country.

Although lauded as a socially progressive president, AMLO’s response to the issue of femicide in Mexico has been tepid at best. He generally seems indifferent or not completely aware of the severity of the situation of femicide in Mexico and of the growing frustration among Mexicans. AMLO has said he is a “humanist” and not a feminist, and in response to the nationwide strike on March 9, he accused his political opponents of inciting the strike and unrest. However, AMLO has not been completely actionless in the face of this issue. A few days after his inauguration, the Senate voted to make the crime of femicide a separate felony, and his administration released a plan to combat gender-based violence. But policy movement has been slow and mostly reliant on rhetoric and blaming previous administrations for creating a “corrupted” system that allows for femicide. While he has refused to give a concise strategy to tackle the rise of femicides, AMLO has alluded to the creation of a special prosecutor’s office to investigate these crimes, and the office of the secretary of the interior held a working meeting to identify methods for mitigating femicide.

Despite some recent movement from AMLO’s administration attempting to respond to the issue of femicides, the crisis remains unsolved. While it is true previous administrations in Mexico have also failed to adequately mitigate violence in general, and specifically femicides (in fact, Enrique Peña Nieto’s administration oversaw the large jump in femicides), AMLO’s lackluster response to serious grievances from the public has left many Mexicans frustrated. However, taking serious policy and rhetorical steps, like funding a special prosecutor’s office for the investigation and prosecution of gender-based crimes, promoting early intervention domestic violence programs, and publicly supporting demonstrators and activists could help Mexico begin to take serious steps toward keeping women safe.

For decades, administrations in Mexico have largely failed to address gender-based violence and femicide. For this to change, the AMLO administration should create policies that address this issue in a serious and sustained way to provide security for all of Mexico’s citizens.

Linnea Sandin is associate director and associate fellow with the Americas Program at the Center for Strategic and International Studies in Washington, D.C. 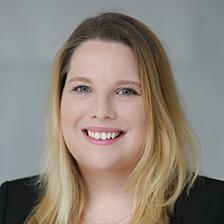 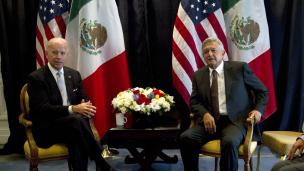 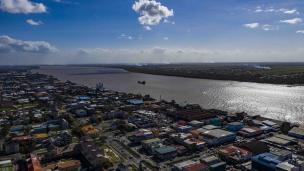 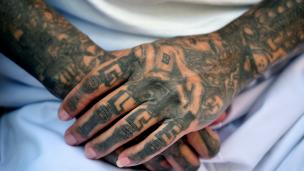 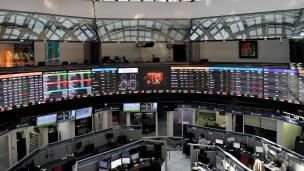