This commentary is part of the Strategic Trade series supported by the Atlas Network.

When the North American Free Trade Agreement (NAFTA) entered into force in 1994 between the United States, Canada, and Mexico, it became the first U.S. free trade agreement (FTA) to include environmental provisions. NAFTA therefore set the baseline connection between trade and the environment, which would be used as a model in all subsequent U.S. FTAs. The United States-Mexico-Canada Agreement (USMCA), NAFTA’s successor agreement that all three countries signed this year and went into effect on July 1, 2020, takes that baseline further in important ways, demonstrating not only the connection between trade and environment but also how trade agreements can be used to enhance U.S. national security.

Though NAFTA set the standard, it didn’t codify any new environmental commitments. The agreement essentially reiterated that the United States, Canada, and Mexico would agree to fulfill their obligations under certain multilateral environmental agreements that the three countries were already members of. Importantly, though, President Clinton negotiated a side agreement to NAFTA, the North American Agreement on Environmental Cooperation, which set out 10 objectives for the three countries and included a dispute settlement mechanism. (Interestingly, the U.S.-Jordan FTA was the first U.S. agreement to incorporate new environmental obligations into the text of the agreement itself, but the dispute settlement arrangement was considered weaker than the one in the NAFTA side agreement.)

Fast forward 23 years, and the United States, Canada, and Mexico set out to upgrade the original agreement in November 2017. In many ways, the new agreement that started to take shape was strikingly similar to NAFTA, attracting criticism from those who said the Trump administration’s goal was primarily for political gain rather than economic gain. However, the USMCA makes important progress in labor, intellectual property, the digital economy—and the environment. The United States Trade Representative’s fact sheet on the USMCA states that the agreement’s key environmental achievement is that it lays out the “most comprehensive set of enforceable environmental obligations . . . of any previous United States agreement.” At 30 pages, Chapter 24 of USMCA, in particular, makes significant progress on fishery issues, which are critical from a trade, environment, and security perspective.

Fisheries have long eluded trade negotiators at a global level. The most famous—or infamous—example is the fishery negotiations in the World Trade Organization, launched in 2001 as part of the Doha round. Subsidies for illegal, unreported, and unregulated (IUU) fishing are a core element of these contentious negotiations. IUU fishing harms the marine ecosystem and perpetuates unsustainable fishing practices, commonly leading to overfishing. The WTO has been trying for almost 20 years to develop subsidies to combat IUU fishing, but the negotiations stall because they exacerbate the foundational tension between developed and developing countries that plagues the WTO more generally. Last year, the WTO’s Negotiating Group on Rules announced its intention to finalize an agreement by the end of 2020 on IUU subsidies and other subsidies that contribute to overfishing to coincide with the United Nation’s Sustainable Development Goals. But the group has yet to come to an agreement; new negotiating text has been introduced as recently as June 25, 2020.

The USMCA, on the other hand, includes text on fishery subsidies and IUU fishing. The new agreement prohibits subsidies for “vessels or operators involved in IUU fishing” and outlines obligations to increase customs inspections specifically to counteract IUU fishing. On February 4, 2020, as part of Congress’ implementation of the trade agreement, the Senate also appropriated $8 million in additional funds to support the National Oceanic and Atmospheric Administration’s (NOAA) efforts to help combat IUU fishing and monitor seafood imported to the United States.

In addition to the provisions above, which are in the text of the agreement itself, the North American countries signed a number of side agreements related to environmental issues. The United States and Canada, for example, have a side letter on natural water resources and energy. A side letter between the United States and Mexico recommitted both countries to the Environment Cooperation and Customs Verification Agreement, which was established as part of NAFTA and has been a critical forum for cooperation in combating not only illegal fishing, but also trade in illegal wildlife and timber.

Tackling fishery subsidies is an important economic win for the United States, Canada, and Mexico. A 2017 World Bank report estimated that more sustainable fishing practices could contribute to an additional $83 billion per year globally for the fishing industry. These gains will obviously not be realized among USMCA countries, but it gives an indication of the potential economic boon that comes from cracking down on illegal and overfishing practices. Chapter 24 of the USMCA is also an important environmental win for North America: in a 2016 report, the Global Ocean Commission estimated that 60 percent of subsidies directly lead to “unsustainable, destructive and even illegal fishing practices.” Healthier fish stocks will lead to a better and more sustainable marine ecosystem.

Economic and environmental gains are a natural end result of an agreement well negotiated, but focusing the environmental chapter so heavily on fisheries also allows the United States to claim a security win from the USMCA. IUU fishing poses a national security threat in at least two ways, both direct and indirect. IUU fishing provides direct support to other illicit trafficking networks, including narcotics and wildlife, which all “pose nontraditional security threats to the United States and other nations”, according to a CSIS report. Indirectly, this same report argues that IUU fishing can harm local legal fishing industries in developing countries, thereby impacting livelihoods and the potential for traditional pathways for economic success, which can create a breeding ground “for piracy, organized crime, armed insurgency, and terrorism in affected communities.” IUU fishing also contributes to food insecurity, which can be both a direct and indirect threat to developing and developed countries. By eliminating subsidies for IUU fishing, the United States is enhancing its national security.

Furthermore, in the NOAA’s latest report, published in September 2019 for Congress, the agency cites Mexico as making progress on IUU fishing but failing to appropriately combat IUU fishing on vessels carrying its state flag. There are limits to what Congress can do about this issue on its own, but in conjunction with Mexico, gains are greater. The fact the USMCA now commits Mexico increase monitoring to stop IUU fishing, as well as agreement between all three countries to prohibit subsidies that support IUU fishing, is a big win from both a sustainability and a security standpoint.

In doing so, the USMCA also demonstrates that trade agreements can be a successful vehicle for increasing international cooperation on key environmental issues that benefit the United States from both an economic and a strategic perspective.

Grace Hearty is deputy director of the Economics Program at the Center for Strategic and International Studies in Washington, D.C. 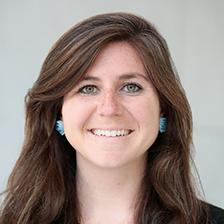 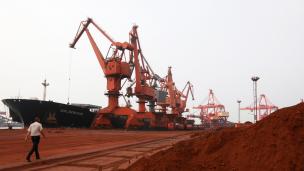 Rare Earths: Next Element in the Trade War?
By Grace Hearty
August 20, 2019
View all content by this expert