From NAFTA to USMCA: What’s New and What’s Next?

After over a year of negotiations and just hours before an October 1 deadline, the Trump administration and government of Canadian Prime Minister Justin Trudeau managed to reach a deal to bring Canada into a new trilateral free trade agreement with Mexico to replace the 25-year-old North American Free Trade Agreement (NAFTA). The new trilateral deal, the U.S.-Mexico-Canada Agreement (USMCA) has been hailed as a win by the leaders of each country. President Trump and his trade team claim the deal will rebalance trade with Canada and Mexico and be a boon for U.S. autoworkers and farmers. While USMCA maintains the core duty-free trade between the three countries brought about by NAFTA, it does contain additions and changes from its predecessor that are more than just cosmetic. Some of the most extreme U.S. proposals were pared back while many parts of the so-called “modernization” agenda made it into the final deal. In some areas, USMCA “will become the template for the new Trump administration playbook for future trade deals,” a Trump administration official said. The conclusion of negotiations with Canada and Mexico along with an apparent truce with Europe may allow the Trump administration to turn more of its focus to its growing trade dispute with China. Still, some questions linger about USMCA.

Q1: What are some the most significant changes in USMCA compared to NAFTA?

A1: The following areas will see the largest changes from USMCA.

Automotive rules of origin: USMCA will require that 75 percent of auto content be made in North America in order for automobiles to qualify for preferential, duty-free treatment. By comparison, NAFTA’s auto rule of origin was 62.5 percent. Of the 75 percent content threshold required by USMCA, 40-45 percent must be made by workers that earn at least $16 an hour. The wage requirement will be phased in over five years. It is essentially a U.S. or Canada content requirement as wages for Mexican autoworkers are not close to that level. The Trump administration may have traded some additional auto manufacturing jobs in the United States for higher car prices and a less globally competitive auto industry. The higher rule of origin in USMCA and wage requirement may disrupt existing supply chains designed around the NAFTA rule of origin. USMCA rules may constrain where automakers can source certain parts, which could boost manufacturing costs.

Investor-state dispute settlement: The special arbitration mechanism contained in NAFTA that allowed investors to sue NAFTA countries for discriminatory actions will be phased out between the United States and Canada, and its coverage will be significantly trimmed for investors in Mexico. The investor-state dispute settlement provision (ISDS) of USMCA will cover investments in Mexico only in oil and gas, power generation services, telecommunication services, transportation services, and the management of ownership of infrastructure. The paring back of ISDS is a major win for U.S. Trade Representative Robert Lighthizer, who views it as a means for corporations to undercut country’s sovereignty and as political risk insurance that encourages outsourcing.

Dairy and agricultural market access: The United States was able to win access to Canada’s heavily protected dairy, egg, and poultry markets while allowing Canada to export more dairy, peanuts, and sugar products to the United States. The dairy market opening achieved by the United States is one area where President Trump was able to strike a better deal than what the Obama administration managed to achieve in the Trans-Pacific Partnership (TPP) negotiations. USMCA will provide the United States access to about 3.6 percent of Canada’s dairy market while TPP only provided the United States access to 3.25 percent of the market. Canada also committed to eliminate its class 7 milk program, which had drawn the ire of the U.S. dairy industry. The complex class 7 program artificially incentivized Canadian cheese and processed food manufacturers to use domestically produced milk protein concentrate instead of foreign imports. The Canadian dairy industry has condemned USMCA for putting the industry “in jeopardy,” while the U.S. Dairy Export Council voiced lukewarm support for it. The United States was also able to resolve Canadian practices that discriminated against U.S. wine and grain.

Digital trade: USMCA contains provisions on digital trade similar to those negotiated in TPP. One significant improvement from TPP is a blanket ban on data localization requirements that does not provide an exception for financial services firms.

De Minimis: USMCA will raise the threshold at which imports from Canada and Mexico will be subject to customs duties, a priority for many in the U.S. business community. For Canada, the de minimis level will be raised from C$20 to C$40 for taxes and allow duty-free shipments of up to C$150, from C$20. Mexico will allow duty-free shipments of up to $117, from $50. The U.S. de minimis threshold is $800.

Sunset: USMCA contains a renewable 16-year term, a huge improvement for Canada and Mexico over the five-year sunset clause originally pushed by the Trump administration. The three countries will meet six years after the agreement comes into force to decide whether to renew the pact for another 16 years.

Currency: For the first time, the United States has managed to include rules regarding currency manipulation and monetary policy in the core text of a trade agreement. Requirements related to transparency in foreign exchange activity will be subject to USMCA’s state-to-state dispute settlement mechanism.

Q2: What steps do the president and Congress have to take to implement USMCA?

A2: The Trade Promotion Authority (TPA) law passed by Congress in 2015 sets out the procedures for negotiating trade agreements and bringing them into force. President Trump notified Congress on August 31 of his intent to sign a trade agreement with Mexico and potentially with Canada. That notice set off two TPA timelines, a requirement to publish the full text of the agreement within 30 days and the option to sign USMCA as early as November 29. The text of USMCA was published by the Trump administration online on October 1. Mexican Economy Secretary Ildefonso Guajardo told a Mexican news outlet that the deal could be signed by the leaders of the three parties at the G20 Leaders’ Summit in Buenos Aires at the end of November. That would allow the outgoing Mexican Pena Nieto administration to sign the deal before the incoming Andres Manuel Lopez Obrador administration takes power on December 1.

TPA also contains special, expedited procedures for Congress to consider the final implementing bill. After Congress receives the final bill from the president, it has 90 days of being in session to act on it under TPA rules. Having jurisdiction over revenue legislation, the implementing legislation is referred to the House Ways & Means and the Senate Finance Committees. The former may take up to 45 days in session to consider the bill and report it to the House floor. If the implementing legislation, which cannot be amended, is not reported out of committee within 45 session days, it is automatically discharged to the floor. Once on the floor, the House must vote on it within 15 session days. Once the House has passed it, TPA provides the Senate Finance Committee 15 session days to vote on it, at which point it is automatically discharged to the Senate floor. The full Senate then has 15 session days to consider it as well before a vote is required.

Q3: How likely is it that Congress passes legislation to implement USMCA?

A3: USMCA certainly isn’t dead on arrival on Capitol Hill. Thus far, Republican lawmakers have voiced tepid support for the agreement while some key Democrats have remained neutral and stopped short of opposing USMCA outright. President Trump on Monday conceded that he is “not at all confident” about his trade pact’s fate in Congress and added that “anything you submit to Congress is trouble.” Republicans are likely to throw their weight behind President Trump’s first signature trade win despite some aspects of the deal introducing managed trade that run counter to the traditional Republican embrace of free trade. While some Democrats could be pleased with the USMCA rules on investor-state dispute settlement, auto rules of origin, and even maybe labor, it will be a tough ask for them to support what could be a legacy item for a president that is deeply unpopular with the Democratic Party. A key question is whether the current, Republican-controlled Congress will vote on the trade deal or if consideration of USMCA will slip into the next Congress, which could well include a Democrat-controlled House of Representatives. There is some belief that the administration could jam a vote on USMCA in the current Congress by submitting the implementing legislation before the U.S. ITC completes its economic analysis of the deal. Democrats, however, have claimed that NAFTA’s replacement won’t be voted on before 2019, and that remains the most likely scenario.

Q4: What happens to the Section 232 national security tariffs on steel and aluminum from Canada and Mexico? What about potential Section 232 tariffs on automobiles?

A4: The steel and aluminum tariffs were not resolved as part of the USMCA deal, although Canada and Mexico were granted some protection from potential tariffs on autos and auto parts. Talks on the steel and aluminum tariffs are expected to begin now that USMCA has been completed. If the United States imposes Section 232 national security tariffs on autos and parts, 2.6 million passenger vehicles and $32.4 billion of auto parts from Canada will be exempt from the duties. For Mexico, 2.6 million passenger vehicles will also be exempt, as well as $108 billion worth of auto parts. 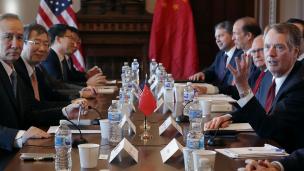 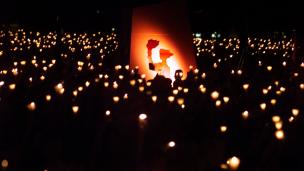 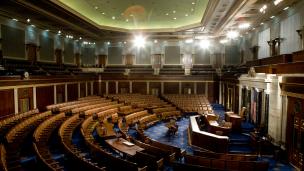