The White House has reportedly requested information on several servicemen facing trials or convicted for their alleged involvement in war crimes, and will potentially pardon them on Memorial Day.

One serviceman was accused by seven former Navy SEAL colleagues of stabbing a defenseless teenage captive to death, purposefully shooting a school-age girl and an old man, and indiscriminately attacking neighborhoods with rockets and machine-gun fire, and would face trial by a military trial if not pardoned. Another is reportedly a Blackwater employee that a federal jury found guilty—twice—for his role in the shooting dozens of unarmed Iraqis in Nisour Square in Baghdad. If the allegations are true, these are not close calls in the heat of the moment, where a soldier might accidentally shoot a civilian. These are clear violations of the Geneva Conventions and the commitments that the United States has made to the lawful conduct of its military. These pardons would erode the laws of war, and this has negative implications for U.S. soldiers and civilians around the world.

War is terrible. Lawless war is worse. And war was once lawless, with horrific consequences for civilians and for soldiers. We see efforts today by the Islamic State and other non-state armed actors to return conflict to its former state, with public beheadings of hostages, massive slayings of prisoners of war, large-scale sexual enslavement of women and, of course, genocide. Both non-state actors and governments have also been accused in recent years of indiscriminate attacks on key civilian infrastructure such as hospitals and schoolchildren. This is what happens when actors ignore the laws of war.

The United States has generally been a strong proponent of the laws of war—also called the laws of armed conflict or international humanitarian law. The United States was the first nation to codify the laws of armed conflict during the Civil War. The Geneva Conventions began to develop as a body of international law in 1864. In 1949, they were re-codified and expanded as a reaction to the atrocities of World War II. They set forth rules to prevent abuses of civilians and prisoners of war. The Geneva Conventions did not just derive from altruistic intentions. Rather, they were a means for the U.S. government to do everything possible to protect its own soldiers through the principle of reciprocal humane treatment, and to shield civilian populations.

In the post-World War II era, the United States has been a leading force in not only developing a multilateral order to prevent conflict but also in creating international criminal tribunals to enforce the laws of war. The United States played a legendary role in the Nuremberg Trials, which tried Nazis for genocide, war crimes, and crimes against humanity, as well as business leaders who had aided and abetted those abuses. This set the stage for the International Criminal Tribunal for Yugoslavia, the International Criminal Tribunal for Rwanda, and the Special Court for Sierra Leone, among others. The United States, through its role on the UN Security Council, helped lead the creation of all these entities, and our prosecutors and defense lawyers played key roles in ensuring their trials were consistent with due process.

In an unprecedented step, the Trump administration enacted a visa ban on the chief prosecutor of the ICC in reaction to a continued probe by the ICC regarding whether the United States has satisfactorily prosecuted CIA and military abuses of detainees in Afghanistan. The visa ban is a measure the United States normally reserves for war criminals, not those who prosecute them. The administration also threatened to sanction the court’s personnel, measures that are probably not even lawful, according to John Bellinger, former legal advisor to the George W. Bush State Department. The visa ban was an unnecessary and drastic measure. Even if the Trump administration continues to oppose the ICC, there are other ways to do so that look more principled and less personal, such as diplomacy.

Sanctioning the chief prosecutor sends a signal to the rising authoritarians around the world that they need not fear consequences, as the United States no longer cares about transgressions such as crimes against humanity. This undermines U.S. leadership and empowers governments that seek to tilt the world in a more authoritarian direction. If President Trump now issues pardons for those accused or convicted of war crimes, this move will compound the impression that the United States no longer cares about the Geneva Conventions.

The majority of the former servicemen he might pardon face potential prosecutions in military tribunals. Congressman Duncan Hunter (R-CA), one of the leading proponents of the pardons and a close Trump ally, posited that military tribunals will not give them a fair trial. Such a claim severely undermines faith in our justice system.

The Trump administration’s potential pardon of those facing trial or convicted, of course, has other significant ramifications that should be obvious. It would degrade the honor and morale of more than one million servicemen and women who act ethically and lawfully in the course of their careers because it suggests that they need excuses and pardons. If the pattern continues, it could even affect recruitment, as service in the armed forces might no longer be seen as an honorable profession. Moreover, if respect for the laws of armed conflict further erodes globally, this would place U.S. soldiers around the world at heightened risk of torture and other abuses if captured.

The pardons would also add to the growing perception that the United States is abandoning its long-standing leadership and does not believe in accountability for international crimes such as indiscriminate attacks on civilians and abuses of prisoners of war. This would undermine the rule of law around the world by empowering would-be despots everywhere. As democracy falters and authoritarianism rises, this plays to the strengths of U.S. rivals such as Russia and China that promote alternative governance models and alliance opportunities.

Breakdowns in respect for international humanitarian law and human rights law also make the United States less secure. Seventy-one percent of recruits to terrorist organizations in Africa cited government killings or arrests of their families and friends as the reason for joining up. Strong support for international humanitarian law, including through the U.S. training of other security forces, helps prevent such abuses and improve global security.

Moreover, this attack on the laws of armed conflict comes just as we need to make sure they are ready for changes in the nature of warfare, with the rise of artificial intelligence and autonomous equipment. The United States needs to lead on the creation of new global standards for the deployment of this technology. We cannot lead if we undermine the existing system.

What’s to be done? Members of Congress, particularly those who served in the military, should call for the military tribunals to be permitted to fulfill their roles. They should, at a minimum, express confidence in our justice system and the ability of our servicemen and women to fulfill their roles ethically and in accordance with the Geneva Conventions. And, if our military tribunals truly do not provide full due process, they should be amended.

Retired military should also decry these pardons, which undermine the integrity of the institutions the president claims to be protecting. Indeed, some already have. The former supreme allied commander of the North Atlantic Treaty Organization (NATO) expressed concern that these pardons would damage our alliances with partners who do follow the Geneva Conventions, strengthen enemy propaganda, and expose our soldiers to greater risk of abuse. A retired lieutenant general stated that the pardons were not only immoral but dangerous because they would undercut the rules and regulations that contribute to discipline and order in the military. Civilian leaders and U.S. citizens should also speak out, reinforcing the principle of civilian oversight over the military that is vital for any democracy.

If President Trump issues these pardons, it will damage the honor of many law-abiding servicemen and women and undermine U.S. leadership at a time when it is needed most. And it will deny the accused the opportunity to defend their actions and be absolved by a court.

Amy K. Lehr is director of the Human Rights Initiative at the Center for Strategic and International Studies in Washington, D.C. 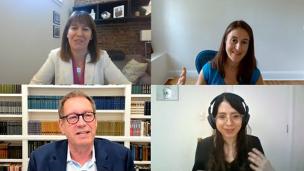 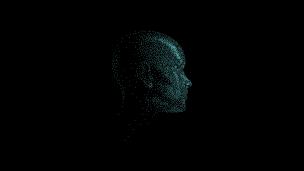