Recent developments in the information and communications technology (ICT) competition between the United States and China are likely to have caught the attention of South Korea’s Blue House. As a close U.S. ally with a stake in the 5G debate, it has been watching the UK 5G debate very closely. After all, if a close U.S. ally such as the United Kingdom could incorporate Huawei in its 5G network without damaging its alliance with Washington, it would provide Seoul with support for its own inclusion of the Chinese tech company into its networks. However, all of this has changed in the wake of the U.S. announcement on May 15 that it would restrict Huawei’s ability to design and manufacture semiconductors using U.S. technology, with both the United Kingdom and Canada suddenly shifting their apparent willingness to include the Chinese company in their 5G networks.

First, Bell Canada and Telus, two of Canada’s largest telecoms, announced they would be awarding contracts solely to Ericsson and Nokia, Huawei’s Scandinavian rivals, studiously avoiding any mention of the Huawei bid. In London, the shift has been even more prominent, with Boris Johnson calling for a “major rethink” on China. According to media accounts, discussions at the Cabinet Office level began last week looking at ways of replacing Huawei in the country’s 5G network by 2023. As the United Kingdom already has a mixed supplier system incorporating Ericsson and Nokia, they are now searching for a third supplier to replace Huawei and are apparently in discussion with Japan’s NEC and South Korea’s Samsung. The United Kingdom is also leading discussions on the formation of a “D10 Club,” a telecommunications supplier group consisting of the G7 members plus India, Australia, and South Korea, which it hoped to put forward at the U.S.-hosted G7 summit in September. South Korea has already accepted an invitation to the summit, though as of writing the summit’s details have yet to be finalized

Its inclusion in the D10 and in the United Kingdom’s consideration of Samsung as a replacement for Huawei raises South Korea’s profile in the wider 5G ICT supply chain debate, something that the Blue House has, until now, sought to avoid for two reasons. First, this ICT “decoupling” is driving a wedge between technology supply chains, which are deeply integrated for South Korean companies. The growing bifurcation between the PRC and the United States in this new “technology cold war” puts South Korea squarely between its main security provider and its main trading partner: an unsustainable position over the long run. Second, while Samsung is itself a competitor of Huawei—particularly in the space of 5G patents and equipment—there are many South Korean companiesthat still wish to collaborate with Huawei and other leading Chinese technology firms who will resist the growing pressure to decouple in ICT.

This “security-trade dilemma” facing Seoul is not unique. Many U.S. allies are similarly dependent on China for trade and investment—Australia is a major example, having suffered an economic downturn, partly due to Covid-19 and partly due to a deterioration in relations with China. For South Korea, proximity is a serious factor, as 27 percent of South Korea’s exports in 2018 went to China, while only 12 percent went to the United States. As a result, the costs of a Chinese retaliation on South Korea’s economy are larger and have shaped Seoul’s low-profile approach to the debate thus far. Indeed, Chinese authorities have already sent warning signals to South Korea through multiple channels. In June 2019, China’s

National Development and Reform Commission allegedly “called out” Samsung Electronics and SK Hynix with warnings not to block trade with Huawei. China’s tourism boycott of South Korea for hosting the U.S. deployment of the Terminal High Altitude Area Defense system (THAAD) was said to have cost the country $5.1 billion in lost revenues. Therefore, it is not surprising that South Korea’s former Minister of Science and ICT You Young-min has asserted that the 5G issue is not even up for discussion: “Huawei security issues in 5G should not be discussed because China is sensitive to it. I’m afraid that there would be a dispute.”

The issue is hardly simple for South Korea, as it has mixed interests, particularly from companies such as Samsung which could increase market share in smartphones at Huawei’s expense. More importantly, Samsung can become a dominant 5G network supplier if Huawei’s global business in 5G equipment is effectively diminished. However, supply chain integration also means that Huawei is one of Samsung’s biggest customers for SK Hynix’s memory chips. Huawei alone accounts for 17 percent of South Korea’s electronics parts exports to China in 2019. Huawei not only buys parts from South Korea but also provides 5G-related equipment to South Korean companies such as LG U-plus. As a result, South Korean companies are torn. South Korean companies stand to gain long term from Huawei’s lost global market share in 5G-related off-shoots, such as wearable devices, smart infrastructure, and the Internet of Things (IoT), but this will be at the expense of short-term business and growth from Huawei and other PRC tech firms.

As South Korean policymakers are beginning to realize—as indeed many other nations are realizing in the wake of Covid-19—trade dependency on the PRC is increasingly becoming a national security vulnerability. As a result, a shift toward “diversification” is not unwelcome. Like their Japanese counterparts, South Korean firms have been gradually withdrawing from China as Chinese competitors absorb their intellectual property and establish cheaper rival products. This long-term trend became even more pronounced after the 2017 THAAD crisis showed how vulnerable Seoul was to Beijing’s economic coercion. Shortly thereafter, Samsung started to downsize its Chinese manufacturing presence, closing the Shenzhen production line in May 2018, followed by its Tianjin factory in December. As the trade war between the United States and China began to heat up, South Korean firms continued their exodus from China, going to replacements such as Vietnam, where South Korean FDI ($1.97 billion in the first half of 2018) actually exceeded FDI into China ($1.6 billion over the same period).

The prospect of increased South Korean visibility on this issue is not relished by President Moon Jae- in. After all, the overriding issue for the U.S.-ROK relationship has been base support, an issue with sensitive connotations domestically. However, there may be growing realization among South Korea’s leaders that the U.S. position on Huawei—and Chinese ICT supply chains in general—is a bipartisan one across Washington DC. This was the primary message during the Munich Security Conference in Germany held this past February, with senior Democrats such as House Speaker Nancy Pelosi and House Intelligence Committee Chairman Adam Schiff showing a rare example of bipartisanship by echoing the administration’s warnings about the Chinese company in their remarks. Slowly but surely, U.S. allies are beginning to realize that this issue is one where there is little daylight between the two parties in Washington.

While it is true that to date U.S. efforts to pressure their allies have only been reluctantly accepted, there are increasing signs that states wish to avoid the supply chain vulnerability that comes with dependence on China. The recent prospect of a British “D-10 Club” of countries at the next G7 provides a potential breakout for Seoul, Canberra, Tokyo, and other allies from the security-trade dilemma. Speculation that India’s is considering a ban of ZTE and Huawei components from its 5G networks also supports this trend. As a member among 10 major economies, South Korea will have less to fear from a vengeful China; as a collective that includes multiple U.S. allies, it will also be able to balance U.S. policy preferences with the interests of the wider group. Either way, any diplomatic grouping looking at both trade and security in relation to China would certainly bear watching. 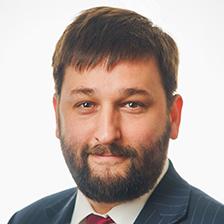 Most Recent From John Hemmings

A reborn quadrilateral to deter China
The Interpreter | John Hemmings
November 14, 2017
In the News

America, Japan and the UK: A New Three-Way Alliance against China?
The National Interest | John Hemmings
April 5, 2017
View all content by this expert