For the first few months of the Donald Trump administration, Southeast Asia wondered where it would fit in the new president’s global calculus. Trump had given few clues during the election campaign about engaging this dynamic region that had played such a critical role in Barack Obama’s rebalance to Asia.

Three phone calls on April 29 and 30 from Trump to the leaders of the Philippines, Thailand, and Singapore—and invitations for them to visit Washington—were part of an unexpected push to put Southeast Asia back on the U.S. radar. Vice President Mike Pence visited Indonesia April 20-22, and the 10 Association of Southeast Asian Nations (ASEAN) foreign ministers met with Secretary of State Rex Tillerson in Washington on May 4.

Six of the ministers came to CSIS for an off-the-record briefing for U.S. officials, members of Congress, Asian diplomats, business representatives, and academics on their meeting with Tillerson and aspirations for U.S. relations with Southeast Asia under the new administration. The topics they covered ranged from trade and investment to the South China Sea conflict and North Korea. It was clear from the discussion that the ministers had left the Tillerson meeting reassured about continued U.S. engagement. 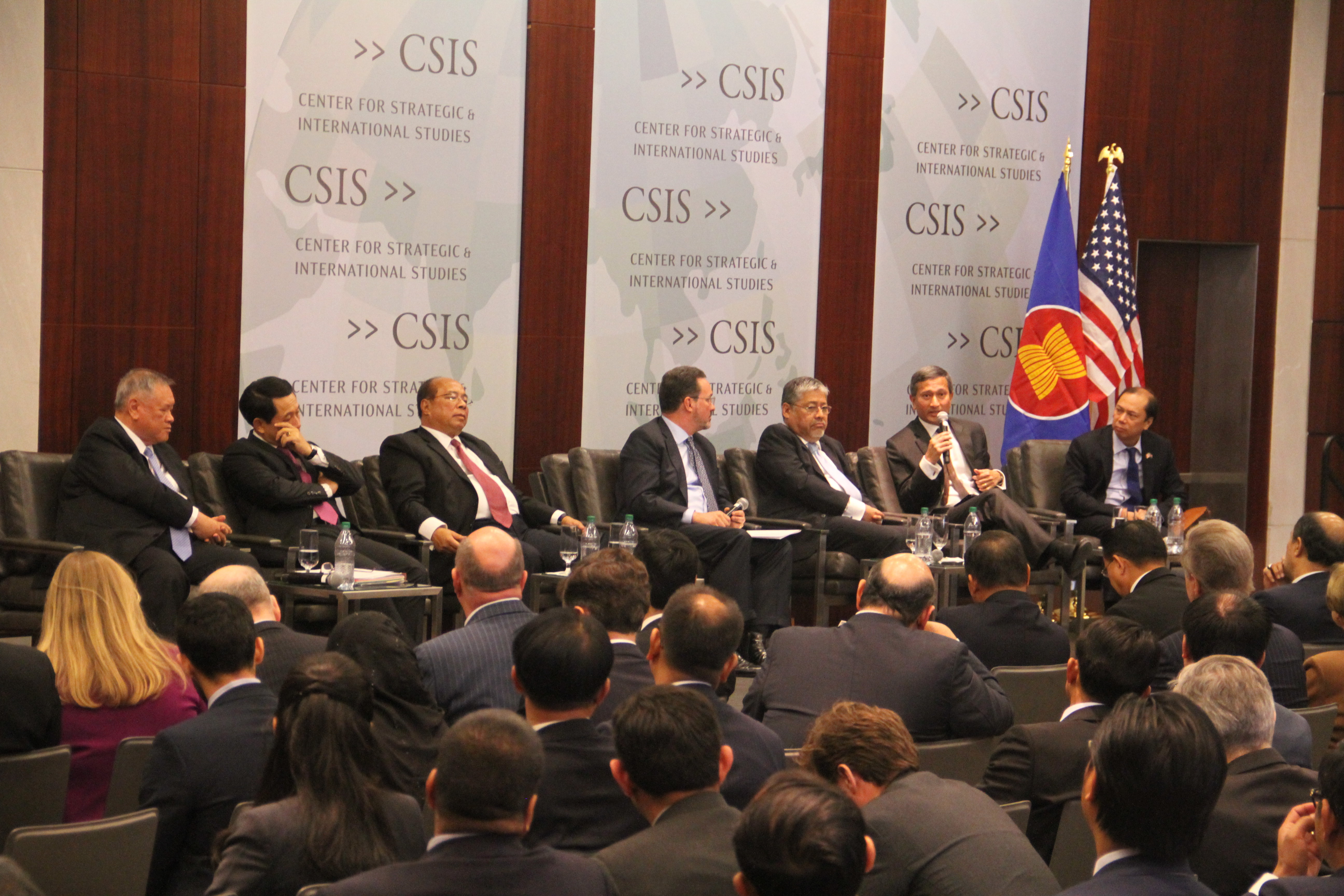 The first of Trump’s three phone calls in late April went to Philippine president Rodrigo Duterte as the U.S. president sought to nudge Southeast Asian nations to suspend trade and diplomatic exchanges with North Korea to press the regime to abandon its nuclear and ballistic missile programs. Trump also discussed Duterte’s efforts to rein in illicit drug use and invited him to visit Washington.

The U.S. president’s next two calls were to Thai prime minister Prayuth Chan-ocha and Singaporean prime minister Lee Hsien Loong. Trump urged the two leaders to cut their dealings with North Korea and invited them to visit the White House. He also expressed appreciation to Prayuth for his efforts to return political stability to Thailand in recent years, Thai officials say.

Both the Philippines and Thailand had fallen out with Washington in recent years, so it was important that Trump reengaged these two longtime strategic allies. Still, the White House framing of the calls as focused on North Korea missed a critical opportunity to allay concerns that the Trump administration is overly focused on Northeast Asia and lay out the strategic economic, political, and security rationale for U.S. engagement in Southeast Asia.

Trump’s engagement comes at a crucial time in U.S. relations with the region. Despite the previous administration’s focus on Southeast Asia, a recent poll of elites—including government officials, business representatives, academics, and journalists in the region—by the ISEAS-Yusof Ishak Institute in Singapore found that nearly 75 percent of the respondents saw China, not the United States, as the most influential country now and over the next decade.

U.S. officials say Trump wanted to fix relations with the Philippines and Thailand because China had been making inroads there while Washington held the two countries at arm’s length. Trump also sought to draw the Philippines, Thailand, and Singapore into the global campaign to isolate North Korea. Thailand had emerged as the fourth-largest exporter to North Korea by 2015, after China, India, and Russia. The Philippines was fifth. North Korean representatives also regularly passed through Singapore, which provided North Koreans visa-free entry until last year.

Washington’s relations with Thailand have been cool since General Prayuth mounted a coup in 2014 ending months of disruptive protests against an elected civilian prime minister. The United States suspended training for military officers and some weapons assistance programs to Bangkok, but it continued the annual Cobra Gold exercise in Thailand. Bangkok responded by bolstering its ties with Beijing, including buying some Chinese tanks and announcing that it would purchase Chinese submarines.

Duterte’s relations with the previous administration were strained after he took office last June and launched a war on drugs that has killed over 8,000 people in the past 10 months. When the U.S. government criticized Duterte, he responded by calling Obama abusive names and, on a visit to China, threatened “separation” from the United States. Manila and Beijing have long had territorial disputes in the South China Sea, but Duterte has taken steps to mend fences with Beijing to court Chinese investment in infrastructure projects in the Philippines.

Human rights groups and some members of Congress sharply criticized the president for his invitation to Duterte. A few days after Trump’s call, in a shift from recent administrations, Tillerson told State Department employees that the new administration will pursue U.S. national security and economic interests before focusing on human rights in its dealings with other countries.

The mercurial Duterte for his part said he might be too busy to accept Trump’s invitation to visit Washington because of his plans to travel to Russia and Israel. Most observers still expect Duterte to accept the invitation, but think he probably will play hard to get since he expended considerable energy in pursuing rapprochement with China during an emotional dispute with the Obama administration. The Philippines is chair of ASEAN this year and is organizing the East Asia Summit in November, which Trump is expected to attend.

After their call, Prayuth said Trump had assured him that relations with the United States’ oldest Asian ally would become “closer than ever.” Prayuth, like Lee of Singapore, said he had accepted Trump’s invitation to visit Washington.

Trump’s calls to regional leaders were a good initial step, but Southeast Asians will be looking for the new administration to color in the details. They are waiting for specifics on how the new administration will engage the region on trade and investment now that Trump has dumped the Trans-Pacific Partnership.

Vietnam, Malaysia, Singapore, and Indonesia are looking for clues during the upcoming visits by regional leaders to Washington about Trump’s policies toward the South China Sea. During the election campaign, Trump had criticized his predecessor for being soft in standing up to China in the South China Sea where Beijing has been building artificial islands and runways for military planes.

The first opportunity will come when Prime Minister Nguyen Xuan Phuc of Vietnam visits in the next few weeks.

(This Commentary originally appeared in the May 8, 2017, issue of Southeast Asia from Scott Circle.)