In early 2020, several banks announced they would no longer directly finance projects in the Arctic, part of an effort to align their lending portfolios with new environmental and social priorities and risks. The announcements triggered diverse reactions: cheers from environmentalists, protests from Alaska’s politicians, and relative indifference from analysts who often discount Alaska’s oil fortunes anyway (due to high costs). In reality, the tightly worded policies will not halt Alaska’s oil boom, but they might slow it—depending on how broadly or narrowly these policies are interpreted.

Oil in Alaska often means the Arctic National Wildlife Refuge (ANWR) or the federal offshore, two places where drilling remains controversial for environmental reasons. But there is more to Alaska than these areas. From 2010 to 2019, companies invested almost $30 billion in the North Slope, and that money has reshaped the state’s prospects, a change evident in the annual 10-year forecast for oil production released by the state’s Department of Revenue. Production has been near or above the forecast lately, and the state now expects production to stay flat to 2029 (after a small dip), driven by several projects in and near the National Petroleum Reserve in Alaska. At no point since 1988, when oil production peaked, has the state managed to keep production flat for that long. 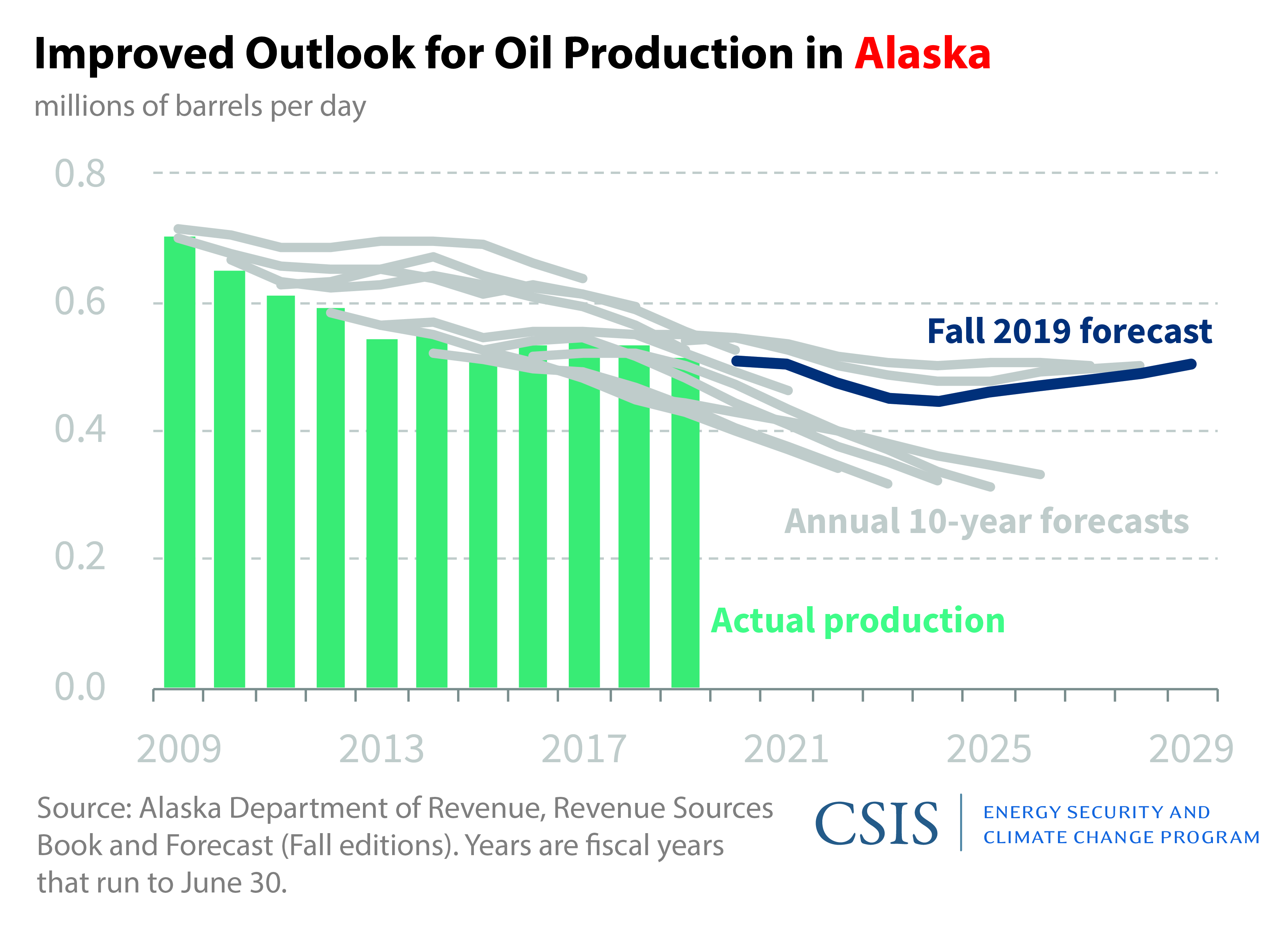 What Did the Banks Say?

Over the course of a few months, mostly during updates to environmental and social policies, seven banks announced they would no longer fund projects in the Arctic:


Certain themes emerge from these announcements. All banks refer to project- or asset-level finance, either explicitly or by the word “directly.” Four banks said “new,” and one bank only referred to offshore projects. Two banks implied that financing might still be available if not linked to a project: “For transactions relating to Arctic oil, we apply enhanced due diligence including understanding companies’ strategy and commitment to reducing overall [greenhouse gas] emissions” (Goldman Sachs), and “Transactions in the Arctic region will require escalation and senior management approval, and we will be prudent in the transactions we undertake” (Morgan Stanley).

Together, these policies form a spectrum. On one side, clearly forbidden, is financing that is directly linked to developing a project in the Arctic, where a company goes to the bank and pledges as collateral the revenues generated by an Arctic project. On the other side, clearly allowed, is financing a company that may have, among others, a project in the Arctic, where lending goes to the company in general but not to any specific project. In the middle is a gray zone: what if a company is mostly or even exclusively operating in the Arctic but wants to borrow money on its own balance sheet, with no direct link to an Arctic project?

Barclays has language on that possibility: it will not fund companies “primarily engaged” in Arctic operations, although “primarily” is a relative term. Other banks have no such language. How would they treat a borrower with a substantial Arctic presence? This is a familiar dilemma for lenders. For example, many banks have said they would not lend money to coal projects, but they often lend money to utilities that build, among other things, coal-fired power plants. In fact, most coal plants in Asia are financed on corporate balance sheets, not through project finance. Could something similar happen in Alaska?

It is possible—it all depends on how broadly or narrowly banks interpret their policies. In a narrow read, companies might still be able to access capital as long as they are not tying it directly to an Arctic project, and this is especially so for players with global operations. In a broader read, smaller companies whose operations are chiefly in Alaska might find it harder to borrow money. Faced with such difficulties, they might delay projects or even sell their positions. But until we see how narrowly the banks interpret their own policies it will be hard to know how much Alaska will be affected.

Nikos Tsafos is a senior fellow of the Energy Security and Climate Change Program at the Center for Strategic and International Studies in Washington, D.C.