On May 3, 2017, the Center for Strategic and International Studies (CSIS) and the Japan Center for International Exchange (JCIE) co-hosted a half day meeting exploring how the Trump and Abe Administrations can continue and strengthen the two countries’ longstanding partnership in global health. The meeting convened more than 40 senior officials and policy experts from the U.S. and Japan and covered a range of areas for potential collaboration centered on global health security, including in the global health architecture, communicable diseases, governance of multilateral institutions, and innovation. The discussion built upon a previous meeting held in Washington, D.C. in March, co-hosted by JCIE and the United Nations Foundation, that identified several promising areas for future global health cooperation. 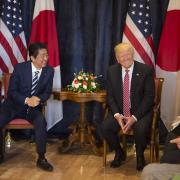 Yellow fever—a mosquito-borne virus that can cause fever, chills, muscle aches, headaches, and (in serious cases) bleeding, organ failure, and death—has long been endemic to Brazil. First brought to the Americas from Africa in the 1600s during the slave trade, yellow fever used to kill hundreds of thousands of people annually throughout the region. That changed in the early 1900s with aggressive regional Aedes aegypti mosquito elimination programs in cities (Aedes aegypti being the primary mosquito to transmit yellow fever in urban settings), the development of an effective yellow fever vaccine, and the implementation of large-scale urban immunization campaigns. These combined efforts caused the number of human fatalities in Latin America to drop exponentially and largely confined the virus to monkey populations living deep in the Amazon. 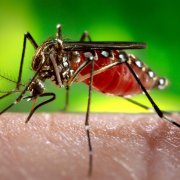 In late May, a small team from the CSIS Global Health Policy Center traveled to Brazil to research Brazilian approaches to protecting health in emergency situations. With the 5th greatest landmass, the 5th largest population, and the 9th largest economy in the world, what happens in Brazil matters regionally and globally, and Brazilian experts play an influential role in international discussions about public health. My colleague and I were particularly interested to learn how public health experts in Brazil understand the term "health security." 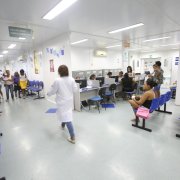 Among the pressing issues facing incoming World Health Organization (WHO) Director-General Tedros Adhanom Ghebreyesus when he begins his term July 1 is the winding down of the Global Polio Eradication Initiative (GPEI). The polio program comprises 27 percent of total WHO expenditures and provides support for disease surveillance, immunization delivery, and laboratory capacity along with data collection and analysis not only for polio, but other diseases as well. WHO still is analyzing what the reductions will mean specifically for the organization’s activities, but it notes, “the current downscaling of the polio infrastructure, together with that planned for the future, will cause WHO to lose its field presence, coordinating role, and technical leadership in some countries in greatest need.” 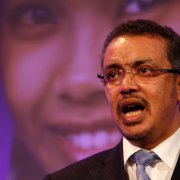 The magnitude of India’s tuberculosis crisis is staggering. India has the largest burden of tuberculosis globally, with an estimated 2.8 million cases, and TB is the number one cause of death among its citizens. Recent signs suggest that the government of Prime Minister Narendra Modi appreciates the gravity of the situation. During the WHO Southeast Asia Regional Meeting in March, India’s Minister of Health JP Nadda pledged to end the country’s TB epidemic by 2025, and said an aggressive strategy to do this was being finalized. If India is to achieve such a lofty goal then a bold, disruptive approach to TB will be required; one that addresses the threat of Multidrug-Resistant (MDR) TB and finds ways to navigate India’s fragmented health system. In late March, I traveled to India with CSIS to explore how India’s rapid economic growth has led to significant health gains and discovered how one organization is achieving results in TB by taking treatment directly to patients. 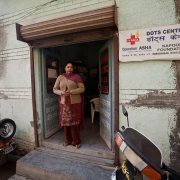 What’s to Be Done to End the Opioid Epidemic?

On January 24, on the heels of the first ever Surgeon General Report on addiction, CSIS hosted then Surgeon General Dr. Vivek H. Murthy to discuss evolving public health approaches to the opioid epidemic. The event was inspiring, so much so that audience members swarmed the Surgeon General in its aftermath. CSIS Global Health Policy Center events do routinely draw large and passionate crowds, feature charismatic speakers, and inspire, but the Surgeon General and his novel approach evoked particularly passionate responses. Dr. Murthy spoke compellingly of the human price of the opioid epidemic, outlined steps to end the epidemic, and pointed to a critical underlying condition: social isolation. 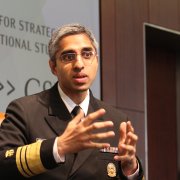 Many factors contributed to the virus’s rapid spread—including extreme poverty, underfunded and undersupplied healthcare systems, local burial customs, and the virus' astonishing leap from the deep forests to the big coastal cities. But no less profound, it was also the absence of an effective vaccine that gravely hindered the global community’s ability to bring the outbreak to heel. And while today the epidemic has been largely contained, Ebola taught us three powerful lessons about the vital importance of vaccines. 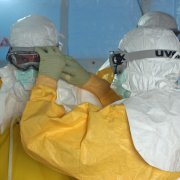 Leveraging the Latent Dedication of Health Care Workers in Nigeria 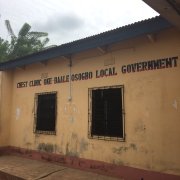 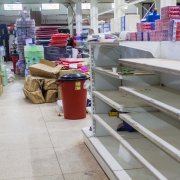