Can China’s “Stall Economy” Save Its Stalled Economy?

By Shining Tan and Yilin Wang

Street stalls have long been considered something of a messy embarrassment in China, a holdover from the relative poverty of earlier eras – but that may be changing. In this year’s annual legislative session held late last month, Premier Li Keqiang publicly called for the revival of street stalls. This soon turned into a bona fide strategy for promoting a “stall economy,” inspired in part by Chengdu’s recent success in creating 100,000 jobs overnight through properly regulated street vendors. Premier Li’s endorsement is meant to help revitalize the economy in the wake of the coronavirus pandemic, but it is also part of a larger strategic shift in economic policy away from infrastructure-led growth and towards domestic consumption.

The COVID-19 pandemic has inflicted great economic pain in China. In the first quarter of 2020, China’s GDP contracted 6.8% compared to Q1 of 2019. Overall official Chinese unemployment rose for the first time in many years; in particular, employment among disadvantaged groups and rural migrant workers plummeted, corresponding to a 27.4% and 30.6% YOY decrease respectively (see Figure 1). China scrapped its annual economic growth target for the first time in almost three decades, and instead has emphasized keeping businesses afloat and avoiding a further loss of jobs. With these changes China signaled that employment and domestic consumption would be top priority this year. The promotion of the “stall economy” emerged as part of this larger picture. 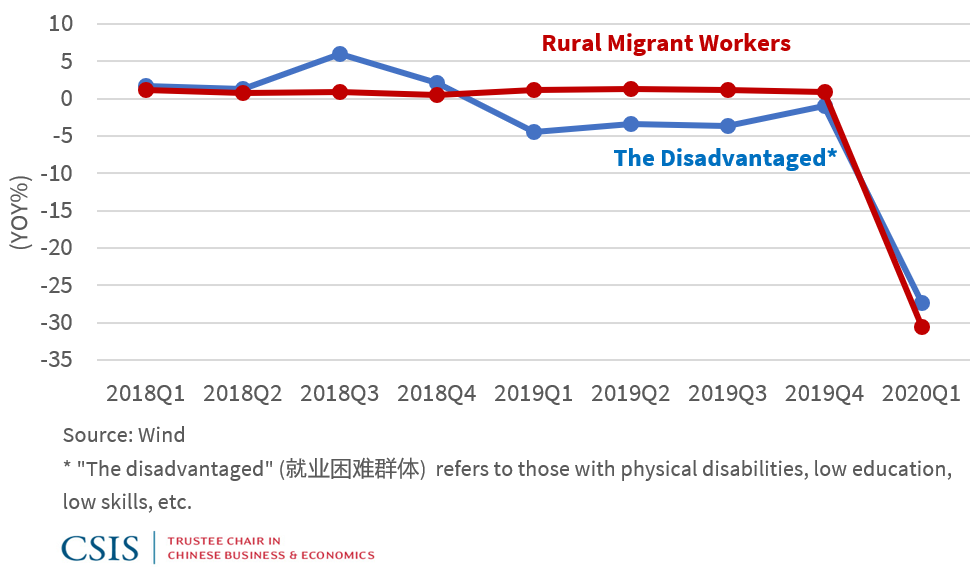 Premier Li’s endorsement shows an effort to boost economic opportunities for the least fortunate, marking a policy reversal from the government’s previous efforts to crack down on street vendors. In the past few years Chinese authorities have prioritized “building civilized and tourist-friendly cities" (构建文明旅游城市) over the practical needs of the so-called “low-end population" (低端人口), the people who would compose the customer base and workforce of the “street stall economy.” That population had been portrayed as a source of urban blight, with local officials in Beijing, for example, targeting migrant worker neighborhoods for mass eviction and forced redevelopment in late 2017. The policy change came as a shock precisely because of the long neglect of and discrimination against these communities. 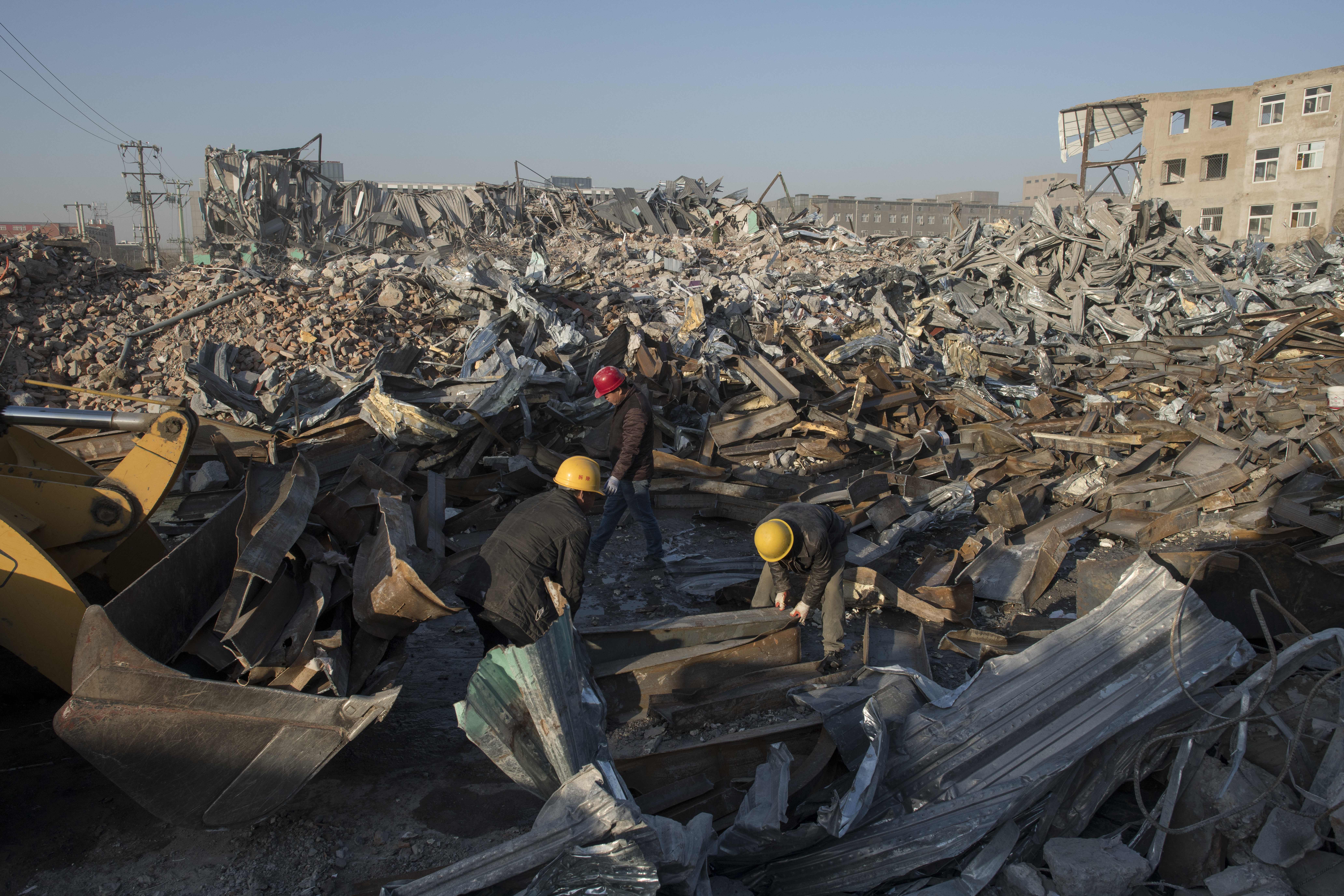 Economists and policy makers have long argued for increased domestic consumption, but the need has become even more important in the wake of the COVID-19 pandemic. While there is a broad consensus on the advantages of tapping the domestic market, practical difficulties abound, as consumption is constrained by pent-up savings meant to cover healthcare and other life expenses due to China’s weak social safety net. Hence, domestic consumption is dominated by high-income Chinese. The “stall economy” concept is an attempt to break that pattern and engage lower-income households in the mass market. So far, more than 27 cities have rushed to set up street stall zones, and leading Internet companies Alibaba, Tencent, and JD have announced large-scale subsidy programs to support street vendors. Alipay recently reported a daily average of 100,000 new registrants to set up a QR code for payment, a direct effect of the momentum of the stall economy. By the end of May, over 12 million small shops and street stalls announced an increase in their annual revenue. If the success of Chengdu were broadly replicated, the stall economy could potentially lead to over five million new jobs and increase income by 150 billion RMB, which is equivalent to 0.15% of GDP. Chinese Internet companies, following the example of Pinduoduo, have already profited handsomely from tapping the mass market of lower-income households, termed the “Xiachen” market (下沉市场). Literally meaning “sinking market,” the term refers to small Chinese cities (third-tier and below) and rural areas, comprising a total of about 930 million people, two-thirds of the Chinese population (see Figure 2). Total consumption in these areas is estimated to reach $8.4 trillion in 2030.

Figure 2: The Huge Potential of the Xiachen Market 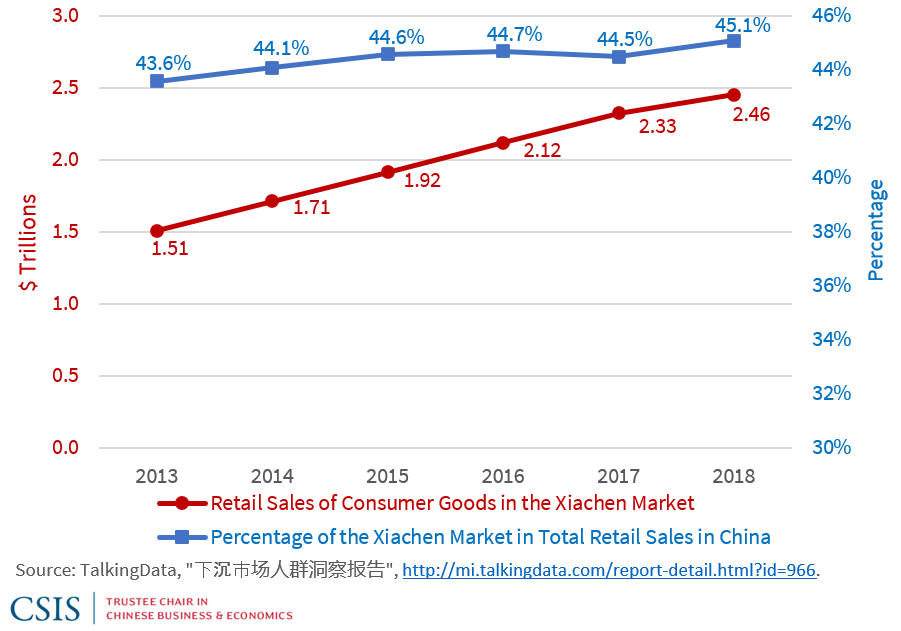 In the short-run, limited by their scale, street stalls serve more like a band-aid over the economic shock of the coronavirus, modestly helping reduce unemployment and expanding consumption, complementing other steps taken to revive the Chinese economy. Four top-tier cities – Beijing, Shanghai, Guangzhou, and Shenzhen – have already expressed more concern for the lack of proper municipal management, traffic and market regulation than enthusiasm for the street stalls’ ability to drive the economy. In the long-run, however, realizing the potential of the Chinese mass market will require an approach that can reach lower-income consumers in a familiar and inviting way. Embracing street vendors is a promising approach.