Online Event: Preparing the Workforce for 2030: A Pillar of Trade Leadership

America’s greatest asset is its people: innovators and entrepreneurs, builders and farmers, teachers and public servants, frontline workers and first responders, and countless others. However, the capacity of the U.S. workforce cannot be taken for granted. The American workforce faces urgent challenges that, if left unaddressed, will erode U.S. global leadership.

The CSIS Trade Commission on Affirming American leadership will release its report on how to prepare the U.S. workforce for the global economy of 2030. The commission recommends nine elements of a new approach to workforce development in the United States. Together, these recommendations would make the workforce more agile, adaptable, and competitive and put the United States in a position to pursue an ambitious trade agenda.

This event was made possible through the generous support of the CSIS Strategic Initiatives Fund, as well as individual contributions from Frederick W. Smith, Gary J. Baumgartner, and W. James McNerney. 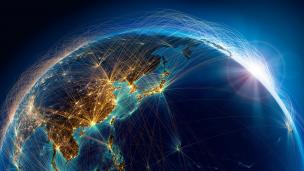 Economic Rulemaking in the Asia-Pacific Region
March 9, 2021
On Demand Event