WASHINGTON, August 5, 2015 – The Center for Strategic & International Studies (CSIS) is pleased to announce that Tom Pritzker, executive chairman of Hyatt Hotels Corporation and chairman and CEO of the Pritzker Organization, has been appointed chairman of the CSIS Board of Trustees effective November 2015. He will succeed former senator Sam Nunn (D-GA) who will remain on the Board as chairman emeritus.

Mr. Pritzker is the third chairman in CSIS’s history, following Senator Nunn’s 17-year tenure. Senator Nunn followed the Honorable Anne Armstrong, who was CSIS chairman from 1987 to 1999. CSIS was founded by the Honorable David M. Abshire and Admiral Arleigh A. Burke in 1962.

“I am confident that Tom Pritzker will be an outstanding chairman of CSIS,” said Senator Nunn. “Tom has a proven record of outstanding leadership skills as well as the international credibility to be a huge success as chair of one of the world’s premiere think tanks. Working with the Board and President John Hamre, Tom will take us to a new level of policy leadership.”

“The mission of CSIS has never been more important,” said Tom Pritzker. “We live in an era of unprecedented and disruptive change. This is true in the business world and also impacts our policy and national security challenges. We need to build agility, innovation, and an interdisciplinary approach into our systems and decisionmaking processes. CSIS is well positioned to help leaders understand and respond to emerging challenges. I am honored to follow in Sam Nunn and Anne Armstrong’s footsteps to help carry out CSIS’s critical mission.”

Tom Pritzker, 65, is the executive chairman of Hyatt Hotels Corp (NYSE: H), a leading global hospitality company with 618 properties in 51 countries throughout the world. He is also chairman and CEO of the Pritzker Organization, a merchant bank serving certain Pritzker family interests. Over the course of his career, he has been an investor and senior officer of leading companies in the industrial and service sectors and has also founded businesses in diverse industries including health care services, container leasing, and pharmaceuticals.

Mr. Pritzker also has broad interests outside of business. He is a member of the Aspen Strategy Group, has been an adjunct professor of history at Sichuan University in China, and has published scholarly articles in the field of Tibetan history. He founded the Pritzker Neuropsychiatric Consortium, a community of over 100 scientists across five institutions performing collaborative research into psychiatric disease. He is also chairman of the Hyatt Foundation, which sponsors the Pritzker Architecture Prize, the leading award in the field. Mr. Pritzker is a fellow of the American Academy of Arts and Sciences and is on the Boards of the University of Chicago and the Art Institute of Chicago. He has been on the Board of CSIS for eight years and is currently a member of its Executive Committee.

“Senator Nunn has guided CSIS for my entire tenure here. It is difficult to replace such a great leader,” said John J. Hamre, CSIS president and CEO. “Fortunately, Tom Pritzker has the personality, experience, and interest to lead CSIS in the next phase of our journey. We are deeply grateful for Senator Nunn’s leadership and look forward to building to new heights under Tom Pritzker.”

###
The Center for Strategic and International Studies (CSIS) is a bipartisan, nonprofit organization that seeks to advance global security and prosperity by providing strategic insights and practical policy solutions to decisionmakers.

The CSIS Board of Trustees sets and guides the policies of the Center. Trustees take an active role in determining and participating in the intellectual agenda of CSIS, culminating in outreach to the policymaking community. They are involved in various ways at CSIS including providing leadership of important projects, participating in special events, and assisting with select fundraising. 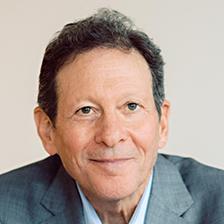