Christopher Painter is a globally recognized leader on cyber policy, cyber diplomacy, cybersecurity, and combating cybercrime. He has been at the vanguard of cyber issues for over 30 years, first as a federal prosecutor handling some of the most high-profile cyber cases in the United States and then as a senior official at the U.S. Department of Justice, FBI, National Security Council, and, finally, as the world’s first cyber diplomat at the Department of State. Among many other things, Chris is president of the Global Forum on Cyber Expertise Foundation, serves on the board of the Center for Internet Security and the Public Sector Advisory Board for Palo Alto Networks, and was a commissioner on the Global Commission for the Stability of Cyberspace. He is a frequent speaker on cyber issues, frequently is interviewed and quoted in the media, and has testified in front of congressional committees. He has received a number of awards and honors, including Japan’s Order of the Rising Sun, Estonia's Order of Terra Mariana, RSA Security Conference's Public Policy Award, and the Attorney General’s Award for Exceptional Service, and was named the Bartles World Affairs Fellow at Cornell University. He received his B.A. from Cornell University and J.D. from Stanford Law School. 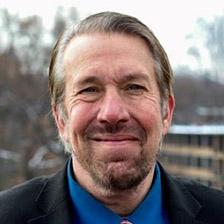