Juan Zarate is a senior adviser (non-resident) at the Center for Strategic and International Studies (CSIS), the global co-managing partner and chief strategy officer of K2 Integrity, and the cofounder and chair of the board of Consilient, an innovative new fintech. Mr. Zarate also serves as chairman and senior counselor for the Foundation for Defense of Democracies’ Center on Economic and Financial Power (CEFP), as senior national security analyst for NBC News and MSNBC, and as a senior fellow at the Combating Terrorism Center at West Point. Mr. Zarate served as the deputy assistant to the president and deputy national security adviser for combating terrorism from 2005 to 2009, where he was responsible for developing and implementing the U.S. government’s counterterrorism strategy and policies related to transnational security threats. Mr. Zarate was the first-ever assistant secretary of the treasury for terrorist financing and financial crimes, where he led domestic and international efforts to attack terrorist financing, the innovative use of the Treasury Department’s national security–related powers, and the global hunt for Saddam Hussein’s assets. He has earned numerous awards, including the Treasury Medal. Mr. Zarate sits on the boards of Northwestern Mutual, Guardian Space Technology Solutions, and the director's advisory board for the National Counterterrorism Center (NCTC). Since 2014, Mr. Zarate has served as an independent adviser to Coinbase, the largest virtual asset service provider in the United States. Mr. Zarate sat on the board of the Vatican’s Supervisory and Financial Information Authority for over five years; the Boston Dynamics board for over three years; and for seven years, he was the U.S. advisor on HSBC’s Financial System Vulnerabilities Committee and remains an advisor to HSBC’s Group Risk Committee. Mr. Zarate also sat on the board of Cambridge Quantum Computing North America. Mr. Zarate is the author of Treasury’s War: The Unleashing of a New Era of Financial Warfare (PublicAffairs, 2013); Forging Democracy (University Press of America, 1994); and a variety of articles in the New York Times,Financial Times, Washington Post,Wall Street Journal, Los Angeles Times, Washington Quarterly, and other publications. He is a graduate of both Harvard College and Harvard Law School and a former Rotary international fellow (Universidad de Salamanca, Spain). At Harvard College, Zarate was awarded the John P. Reardon '60 Men's Award as the best male student athlete.

How to Make Sanctions Bite Russia Even Harder
The Washington Post | Tobin Harshaw
March 27, 2022
In the News 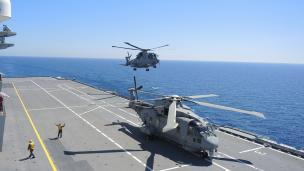 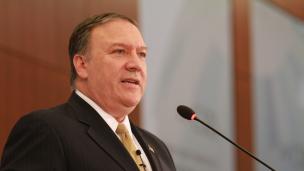 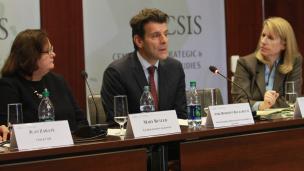 Dutch Intel Warns of Attacks on West as Jihadis Vie for Dominance
NewsWire | Susan Katz Keating
April 28, 2016
View all content by this expert