After nearly nine years in office, Xi Jinping now stands as the overwhelmingly dominant figure in China’s political system, having gained command of the military, the Chinese Communist Party (CCP) apparatus, and diplomatic and economic policymaking, all while sidelining or locking up rivals to his leadership. His drive for power, however, has destabilized elite political consensus and dismantled power-sharing norms that evolved since the 1980s. By removing de jure term limits on the office of the presidency—and thus far refusing to nominate his successor for this and his other leadership positions—Xi has solidified his own authority at the expense of the most important political reform of the last four decades: the regular and peaceful transfer of power. In doing so, he has pushed China toward a potential destabilizing succession crisis, one with profound implications for the international order and global commerce.

This paper assesses China’s possible leadership succession scenarios in the coming years and decades. Is Xi akin to Stalin after the purges of the 1930s—a leader who has so thoroughly eliminated rivals and cowered the system that he will remain in power until he can no longer perform the duties of office, leaving a succession battle in his wake? Or will the system produce a Newtonian reaction against his all-encompassing power, either forcing him out of office prematurely or at least pushing him to set a timetable for his departure? Alternatively, what are Xi’s options for a middle path between these scenarios, an orderly succession in the next 5 to 10 years? 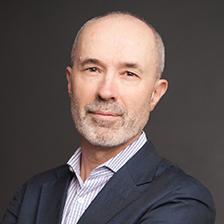