Bringing Security and Prosperity Together in the National Interest

The world is a particularly messy place.

Global growth may stay around its 40-year average of 3.5 percent, but the risks are mostly negative, big, and correlated with each other. There are conventional economic risks, like significant debt overhang, distortions in balance sheets, and myriad financial, trade, and development risks. And there are new risks. Populist, winner-take-all nationalism has taken root in at least one-third of the Group of 20 (G20) countries—including the leader of the post-war international order, the United States. Global frameworks that support stability and prosperity are weaker for it. Security tensions have deepened, especially between the United States and China, with that relationship now characterised as one of strategic competition. Regional and global financial safety nets are inadequate to deal with another global economic crisis, and it is hard to see the same resolve if 2008 repeats. Digital technology and transformation promise great economic and social benefits, but they also create risks of cyberattacks, abuse of data, and fragmentation.

For countries where the relationship with the United States and China both really matter, these developments are sometimes stated as forcing a binary choice between prosperity and security, between China and the United States. This framing does not help to provide enduring solutions that are in the individual national interest and in a shared global interest.

It oversimplifies the problem. Yes, China is assertive militarily, aggressive in its use of cyber operations, and uses political language and style that sits oddly with democracies. But its interests are also served by avoiding conflict, it is politically and socially a lot more complex than some commentators assert, it has committed to key parts of the rules-based global order, and it is a very big country in Asia and, indeed, the world. The United States is the leading global and regional military power and the economic powerhouse of ideas, technology, and innovation. Reform of global institutions is needed, but the withdrawal of U.S. leadership from global norms and frameworks, its trashing of the World Trade Organization, its rejection of the principles of openness and order as the basis of international interaction, and its unpredictability is shocking and counsels caution in relying on it alone or too much.

Moreover, binary choice does not reduce security risks. Forcing a binary choice increases security risks because it puts everyone into a corner and reduces compromise and the possibility of finding a balance, and in so doing, raises the prospect of conflict. The real art of contemporary public policy is not treating security and prosperity as strict alternatives but finding ways that get the most for both.

Two principles can help guide a way through this more complex world.

First, a country should be clear about its national interest. The national interest has three components—security, prosperity, and social wellbeing—and they should all be part of framing the problem and solutions. All three matter. More than ever, they reinforce each other. Security underpins prosperity, prosperity creates power and pays for security, and a well-functioning society reduces economic and security risks.

Second, a country should identify the risks to the national interest broadly defined and look for practical ways to mitigate those risks. Mitigations can be found beyond a single domain. Mitigations to a security risk might lie in the economic or social domains. Strengthening domestic economic governance, market systems, and people-to-people connections support cooperation rather than confrontation. As discussed below, many of these actions not only directly mitigate security risk but also improve prosperity and social wellbeing. As a general proposition, it is in a country’s interest that countries that pose a security risk to it have other strong interests to balance, effectively raising the cost of conflict and creating an incentive to find an enduring solution.

Defence and security are public goods typically provided by governments. Risk mitigation, in contrast, need not be directly provided by governments. Indeed, the actions of other parts of society—especially business and civil society—can help mitigate risk over time and can be more effective in doing so than governments. The responsibility of government is not to manage risk directly itself but enable and create incentives for others to maximise the three elements of the national interest and mitigate risks. This is typically achieved by strong domestic laws and regulations, diverse markets, and a focus on integrity supported by effective monitoring, compliance, and systems for dealing with breaches.

Consider three applied examples or strategies to implement these principles.

The first is infrastructure. Global infrastructure needs are massive. Yet there is growing tension between the major powers and concern by the United States and its allies that China’s Belt and Road Initiative is a strategic play to gain leverage. From the perspective of maximizing the benefits to the recipient country, the best strategy is twofold. First, have a diversified group of investors, which for a small country typically means using a credible multilateral institution. Second, ensure strong governance, including objective cost-benefit analysis, competitive and open bidding, and independent dispute resolution. In this case, strong international institutions and the standard toolkit of international and development economics directly mitigate security risks and help lock in economic and social benefits. Simply trying to outspend a competitor will be costly and risks chilling private and institutional investment, potentially exacerbating the infrastructure shortfall.

The second is foreign investment. There are concerns that investment by foreign firms can be used against a country to gain leverage over its government or access for cyber theft. Go back to the principles. Prosperity matters, too. There is a huge bank of empirical work on the benefits of foreign investment to domestic innovation, jobs, and growth. So how then can the risks be managed? First, investment by foreign firms gives their home country an incentive for them to succeed; it is a huge waste of money lost if conflict escalates. Next, strong governance, deep and diverse markets with a wide range of participants, and strong anti-trust and pro-integrity laws with big (including criminal) penalties for breaches all weaken the ability of a foreign entity to manipulate or influence domestic markets for a nefarious security or economic purpose. Moreover, ownership is not the fulcrum of cyber risk, which needs to be directly mitigated by specific actions, noting that cyber risk cannot be eliminated entirely.

The third is dual-use technology. For economists, open and experimental use of technology is synonymous with economic growth. In the security domain, being at the technology frontier matters enormously to defence and intelligence capability and directly being able to manage long-term security risk. In terms of the principles, the starting point is that countries have deep economic and security interests in technology. A viable and enduring solution is one that finds some balance between them and eschews solutions in either the economics-only corner or the security-only corner. Countries have grappled with dual-use technology for millennia—from knives to ships to the jet engine. The balance has been found in enabling both, protecting specific military applications but not limiting general use, and continually innovating to compete for the lead.

First, good institutional design can provide a structure for a government to identify, assess, and determine what is in the national interest and how to advance it. Existing structures of government decisionmaking and administration may be legacies of a past where economic and security considerations were largely separable, inhabited by tribes with their own habits of thinking, jargon, and cultures. It is worth asking if government and bureaucratic structures, practices, and analytical tools are still fit for purpose in bringing the security, prosperity, and social wellbeing dimensions of the national interest together on an equal footing.

Second, each country is not alone. There are many instances of shared interests between countries and where the prosecution of the national interest can only be achieved by working with others. The Comprehensive and Progressive Agreement for Trans-Pacific Partnership (CPTPP) and the Regional Comprehensive Economic Partnership (RCEP) stand out as collective action by countries across Asia and the Pacific to reform and open up their trade and investment, despite the withdrawal of the United States from the Trans-Pacific Partnership. Countries can determine their own destiny even when circumstances are difficult or change. While the changes in the United States and China and U.S.-China strategic competition really do complicate life, they do not have to stop other countries from doing what they can to strengthen economic rules, open their own markets, and broaden their relationship with the major powers. Indeed, there is substantial scope to go further, including in infrastructure, finance and investment retention, especially in forums like APEC. The real art of contemporary public policy is finding ways that deliver the most for prosperity, security, and social wellbeing rather than treating them as competing alternatives to be traded off against each other.

Gordon de Brouwer is senior adviser (non-resident) with the Simon Chair in Political Economy at the Center for Strategic and International Studies in Washington, D.C. He served for over 30 years in senior roles in the Australian government, including as the nation’s G20 Sherpa in 2010-13 and secretary of the Australian Department of the Environment and Energy in 2013-17. His email is gordon@debrouwer.com.au. 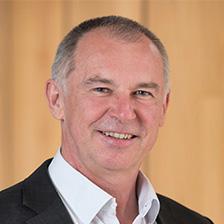 Most Recent From Gordon de Brouwer 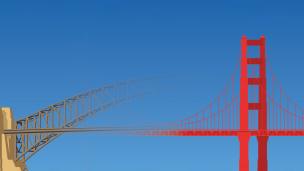 Delivering Prosperity in the Indo-Pacific: An Agenda for Australia and the United States
By Matthew P. Goodman, Gordon de Brouwer
April 18, 2019
View all content by this expert