A Canary in an Urban Mine: Environmental and Economic Impacts of Urban Mining

A1: E-waste refers to used electronics that are discarded or recycled. E-waste can originate as anything from mobile phones and televisions to VCRs and DVD players. The world produces about 50 million tons of e-waste annually, and only about 20 percent of this waste is recycled. The United Nations estimates that e-waste could reach 74 million tons by 2030.

The United States produced almost 7 million tons of e-waste in 2019, of which only 15 percent was recycled, even though the value of the raw materials included in e-waste was almost $7.5 billion. Moreover, only 25 states and the District of Columbia currently have laws that address e-waste recycling, and federal legislation falls short in incentivizing proper e-waste management.

Q2: What are the environmental and health impacts of unrecycled or informally recycled e-waste?

A2: Unrecycled e-waste carries significant environmental effects, as electronics contain toxic materials such as lead, zinc, and flame retardants, among others. E-waste can have harmful effects on air quality. For instance, e-waste that is of little value is often burned, especially in developing countries, releasing toxins that pollute the air. With e-waste that contains valuable minerals like gold or silver, these materials are extracted from the electronics using chemicals including acids, which can release toxins into the air.

Moreover, when e-waste is disposed of in landfills, harmful toxins from heavy metals can seep into the soil, impacting groundwater and neighboring crops. In Qingyuan, China, pollutants released from e-waste disassembly have significantly toxified neighboring soil and have posed serious health risks to residents who consume local crops.

Beyond soil contamination, toxins from e-waste can reach groundwater, negatively affecting lakes, river, and ponds. This can disturb marine ecosystems while also impacting clean water supply. A study in Ghana noted that e-waste toxins have significantly polluted the country’s waterways, most notably the Odaw River and the Korle Lagoon, to the detriment of marine life and freshwater supply.

E-waste also poses health risks to workers, especially those who work in informal e-waste recycling. Developing countries tend to recycle e-waste at informal sites, including inside homes, without the use of proper equipment and waste management techniques. Given the amount of toxic chemicals present, informal recycling of e-waste can lead to respiratory problems and neurological damage, among other health problems for those who work in and live near these recycling sites. According to a World Health Organization (WHO) report, as many as 12.9 million women work in the informal waste sector, potentially exposing them and their unborn children to toxic e-waste.

Q3: What is urban mining and what are the upsides?

A3: Urban mining is the process of recovering raw materials—mostly metals and minerals—from e-waste largely found in cities. Urban mining has environmental, economic, and humanitarian benefits. First, urban mining helps promote the notion of a circular economy. The circular economy—unlike the linear economy, which prioritizes manufacturing raw materials into products that are used until they are discarded as waste—is the process of reintegrating products back into the economy to reduce waste and prolong the lifespan of finite resources. In this case, urban mining can help reintroduce the raw materials of these discarded goods back into the economy through recycling or recovery from landfills. This cycle of collecting and recycling discarded products can lead to a more sustainable use of raw materials.

Second, a recent study noted that urban mining of some e-waste is becoming as cost-efficient as traditional mining in China due, in part, to economic incentives associated with reintroducing raw materials into the economy. The study found that blocks of copper and gold could be recovered from e-waste processors in China at comparable costs to traditional mining of copper and gold ores. A similar study found that recycling aluminum from end-of-life vehicles (ELVs) is more cost-efficient than extracting aluminum from traditional mining methods.

Furthermore, traditional mining alone cannot meet the rising demand for rare earth elements used in electrical and electronic devices, especially as more sectors of the economy adopt high-tech processes and undertake clean energy transitions. In fact, current demand for rare earth elements outpaces supply by about 3,000 tons per year, and annual demand is expected to reach 315,000 tons by 2030, which will be driven, in part, by the demand for clean energy technologies. Urban mining can play a central role in increasing the supply of these critical elements and easing pressures on existing supply chains.

Besides reducing mining costs and providing increased rare earth element supply, urban mining can lower the demand for “conflict minerals.” Conflict minerals are raw materials that originate from parts of the world where conflict is occurring for control over the mining and trading of these materials. In the Democratic Republic of Congo (DRC), for example, a decades-long conflict has, to some extent, been financed by the extraction and sale of conflict minerals including tin, tantalum, tungsten, and gold. Urban mining can decrease the demand for additional mining of these minerals in areas of conflict, and thus, play a role in abetting violence in countries such as the DRC. At the same time, increased urban mining could affect jobs in the DRC’s traditional mining and minerals sector, a vital sector of the nation’s economy.

Urban mining can also play a crucial role in remedying recycling supply chain disruptions. In 2018, China announced that it would halt buying most plastic waste from countries such as the United States, leaving the U.S. recycling industry scrambling for alternatives, including exporting waste to Southeast Asian countries that lack the adequate recycling infrastructure. China had imported about 70 percent of the world’s plastic waste, the equivalent of 7 million tons of plastic per year. A more robust application of urban mining in the United States could help counter this loss, as the plastic waste supply chain would likely become more resilient to disruption.

Lastly, a more extensive use of urban mining can help reduce the negative environmental effects of traditional mining. The mining industry’s carbon output is relatively large, given its reliance on fossil fuels to operate mines. Moreover, modern mining technology requires significant water use, which can strain water supply in water-scarce areas. Additionally, the wastewater generated by mining can contaminate nearby water sources, posing significant risks to communities who rely on these water resources as vital sources of food and freshwater. Urban mining, on the other hand, maintains a smaller environmental footprint given its focus on recycling, which has a lower environmental cost than mining for primary materials. A more robust adoption of urban mining could also obviate the need for future innovations in mining practices, including deep-sea mining, which are likely to have deleterious environmental impacts.

Q4: What are the challenges to urban mining?

A4: One of the main challenges to urban mining is the lack of advanced technology and technical knowledge, especially among developing countries. A study examining urban mining in Sri Lanka showed, for example, that the nation lacks the advanced processing facilities for proper e-waste disassembly. More, even if advanced technology were available, many households and businesses in Sri Lanka—and in many other developing countries—do not separate e-waste from other waste, thereby complicating any urban mining measures.

Moreover, the lack of advanced technology and technical know-how in developing countries has rendered the e-waste recycling industry financially unattractive for potential businesses and investors looking to enter the industry. For instance, recovering rare earth materials from magnets requires either significant endowments of manual labor or dedicated technology. Without access to the appropriate technology, businesses are likely to face high labor costs and rely on rudimentary disassembly techniques that do not recover large quantities of valued materials. This dynamic increases costs while decreasing output, rendering any potential business financially unstable as a result.

A5: Governments can establish regulations that promote recycling over disposing of e-waste. For example, in 2015, New York banned the disposal of certain e-waste for curbside trash pickup. The European Union may also consider measures mandating the recycling of critical metals in e-waste including lithium, neodymium, and praseodymium. A report by the EU-based CEWASTE project notes that the European Union currently recycles almost no critical metals, leaving the region vulnerable to both the environmental degradation caused by decomposed critical metals and future supply chain disruptions of critical raw materials for electronics.

Nations should incentivize the development of and access to e-waste recycling technologies while also promoting programs to build technical skills. Governments can provide tax breaks and other concessions for e-waste technology development and promote research and development in e-waste management. Several e-waste technologies are currently in development, including technologies that can facilitate the recycling of certain chemicals contained in e-waste. Ensuring that both developed and developing countries have access to these technologies will prove crucial to promoting urban mining. In addition, governments should invest in vocational training oriented toward careers in the e-waste recycling industry. Without technical know-how, developing and operating sophisticated e-waste management technologies and systems will be increasingly difficult.

The U.S. government can promote urban mining by ratifying the Basel Convention. Implemented in 1992, the Basel Convention seeks to, in part, limit the export of e-waste and other hazardous materials. As of November 2020, 187 countries and the European Commission have ratified the convention, while the United States remains the sole developed country that has not ratified the agreement. By ratifying the convention and limiting the export of e-waste, the United States could incentivize domestic industry to invest in e-waste management systems rather than rely on e-waste exports to developing countries.

The United States should also establish a federal standard for managing e-waste, an issue that is currently governed by individual state governments. About half of U.S. states do not have e-waste management laws, and thus, the Environmental Protection Agency (EPA) should be tasked with developing standards for the collection and disassembly of e-waste, ensuring that e-waste is processed efficiently and in an environmentally friendly manner. Moreover, the EPA should mandate that states report annual e-waste statistics, which would allow the federal government to better assess and address e-waste issues across the country.

By promoting urban mining, the United States and other nations can limit their dependence on foreign minerals, reduce carbon output in industrial production, fortify recycling supply chains, and provide economic opportunities in the e-waste management sector.

William Reinsch holds the Scholl Chair in International Business at the Center for Strategic and International Studies (CSIS) in Washington, D.C. Anthony Hokayem is a research intern with the CSIS Scholl Chair. 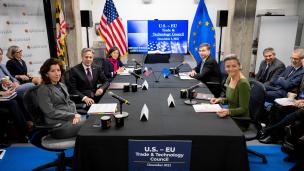 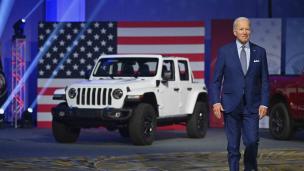 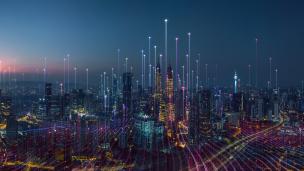