The Case for Disaster-Smart Agriculture: 2017 Reflections

Besides the odd image of toppled trees, cattle wading through floodwaters, or a snowy blanket of dislodged cotton, agriculture rarely makes headlines when a natural disaster strikes. Yet no economic sector feels the burden of disaster quite like agriculture does, particularly in the developing world. It has been a banner year for catastrophes; numerous hurricanes broke records for wind speed, duration, and rainfall. As the global community confronts a new normal—marked by warming temperatures, forceful storms, and erratic weather patterns—climate resilience and disaster risk reduction must take center stage to strengthen global food systems.

In the span of just a few months in 2017, Hurricane Harvey tore through Texas, leaving in its wake over $200 million in crop and livestock losses. Weeks later, Irma ravaged a collection of northeastern Caribbean islands and U.S. territories, before carving a lethal path through Florida, causing nearly $2.6 billion in losses to the agricultural sector, with over $760 million to the citrus industry alone. Maria then wiped out 80 percent of the crop value on the island of Puerto Rico.

Meanwhile, a story that attracted far less U.S. media attention was playing out in South Asia, where monsoon flooding in India, Bangladesh, and Nepal took the lives of 1,200 people and affected another 41 million, destroying over 5.9 million acres of cropland. Drought—a less sensational, but oftentimes more crippling extreme weather event for agriculture—left East Africa parched and the American West ablaze, bringing about emergency conditions in 20 countries over a period of just 18 months.

Natural disasters do not discriminate. Houston and Dhaka, Key West and San Juan, Sonoma and Mogadishu, all became unlikely sister cities this year, bound by the shared catastrophes they endured. Still, despite the solidarity they evoke, natural disasters are by no means the “great equalizers” of our divided globe. It is a cruel irony that low-income countries and households that bear the greatest costs of natural disasters are time and again the same ones least equipped to confront them. Climate change is set to disproportionately affect poor countries, threatening to deepen these disparities. The latest barrage of destruction is a reminder of our deep inequalities, particularly between the capacities of individual countries to prepare for, respond to, and rebuild after a tragedy.

The Lopsided Toll of Disasters on Agriculture

Natural disasters bully the agricultural sector. Hurricanes and storms flatten crops, rip trees out by their roots, carry away seedlings, litter the ground with unusable produce, and erode topsoil in exchange for a layer of silt and debris. Too much or too little water leaves crops and livestock drowned or dehydrated. In all their forms, disasters disrupt production cycles, forcing farmers to delay planting, replant, or not plant at all. The destruction of farm equipment and infrastructure can be equally paralyzing: as waters recede, farmers face damaged irrigation systems, impassible roads to markets, and other damages to both private property and public goods.

In developing countries, the impact of natural disasters on agriculture is magnified. The regional bloc of East Africa derives 43 percent of its gross domestic product (GDP) from agriculture, compared to less than 1 percent in the United States. The Food and Agriculture Organization (FAO) of the United Nations estimates that the agriculture sector absorbs 25 percent of the economic damage and losses caused by climate-related disasters in developing countries; this average rises to a whopping 84 percent in the event of droughts. On average, annual agricultural value-added growth falls by 2.6 percent following disasters. These estimates of agricultural losses understate actual economic impacts in that they exclude negative effects on small- and-medium-sized enterprises, on-farm employment, and the agro-industrial sector, which accounts for two-thirds of manufacturing in least-developed countries. In countries where the agricultural sector is a key driver of overall economic growth, a blow to the sector translates into a shock to national GDP.

Production losses also take a toll on national food supplies, forcing countries to spend precious resources on imported commodities to make up the difference. This year, Bangladesh—usually the fourth-largest rice producer in the world—had no choice but to import rice from its neighbors in large quantities. A simultaneous fall in agro-exports and rise in staple food imports spells trouble for the balance of payments.

The most devastating effects of natural disasters are felt at the household level. Smallholder farmers face thin profit margins in good years, earning just enough to make it through the season and plant for the next. For these households, a handful of rice tucked away each day is commonly as close to “disaster risk management” as it gets. Any setback—in the form of a foregone harvest, destroyed food reserves, or loss of assets—can be disastrous. When regions are chronically beleaguered by natural disasters—such as flooding in South Asia, drought in East Africa, and storms in the Caribbean—climatic shocks sink the vulnerable further and further into poverty with each recurrent hit.

For consumers in both urban and rural areas, lower availability of key commodities can cause food price spikes that reduce purchasing power and fuel food insecurity, political instability, and conflict. Whereas American shoppers will notice temporary price hikes this winter for select items like orange juice and tomatoes, families in drought-stricken Kenya struggled to afford maize this year, the dietary staple that provides 36 percent of daily calories for the average Kenyan.

The Stark Contrast between U.S. Farmers and Those in the Developing World

Vulnerability is often as much a result of poor planning as it is of geographical destiny. American farmers enjoy a bevy of disaster-management services unimaginable to their counterparts in low-income countries, and it is those systems that make all the difference.

Eighty percent of major field crops in the United States are covered by subsidized federal crop insurance, which offsets losses resulting from everything from hail to hurricanes. The U.S. Department of Agriculture (USDA) Farm Service Agency offers a slew of emergency assistance services—the majority of which are authorized by the Farm Bill (up for renewal next year)—including loans and compensation for uninsured losses. Long before the severe weather sirens sound, American farmers benefit from a range of ex-ante climate resilience and disaster risk reduction resources. USDA research facilities generate a wealth of cutting-edge knowledge and technologies, and an impressive public agricultural extension system brings these practices to the field. Regional Climate Hubs, farmers’ organizations, commodity groups, and other actors offer tools and advisory services. Services like these ensure that U.S. farmers are equipped with everything from precise weather forecasts and multihazard early-warning systems to high-yielding, climate-resilient crop varieties.

U.S. farm support systems kicked into high gear this fall. The U.S. Congress approved two disaster relief spending bills totaling $51.8 billion, which included emergency agricultural assistance packages for affected U.S. states and territories. The third and largest supplemental appropriations request yet—for an additional $44 billion, with $1 billion earmarked for agriculture—is on the table in Congress now; the House Committee on Appropriations held a hearing on it this week. Response gaps certainly exist: government programs do not cover all damages and losses; critics argue that the latest spending request is inadequate; and aid for Florida citrus producers was sidelined in all three assistance packages. Much-needed relief for Puerto Rico and the U.S. Virgin Islands has been delayed until damage assessments are completed. 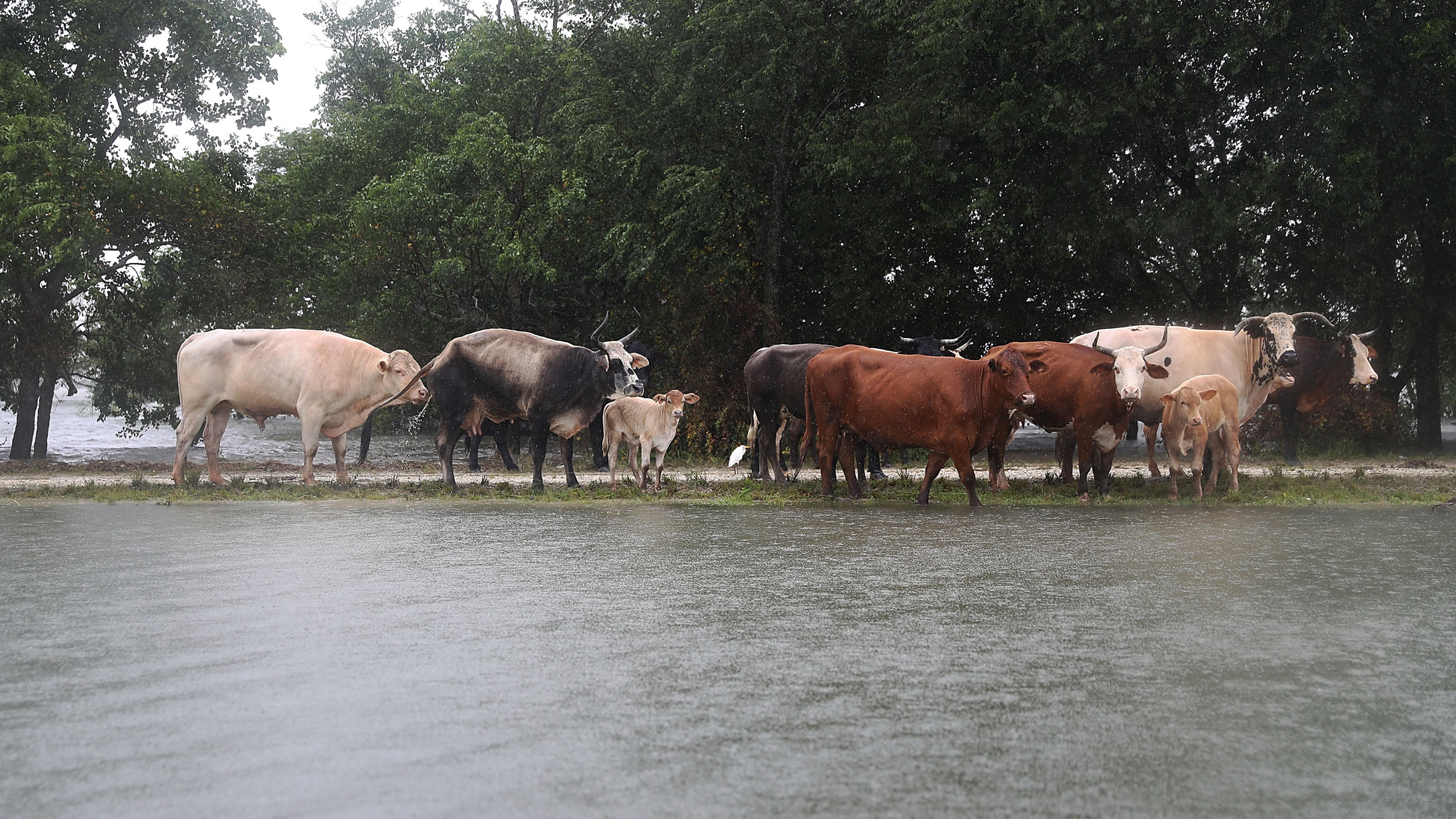 Nevertheless, compared to parallel systems in developing countries, the American farm safety net is tightly woven. While the sophistication of individual systems varies widely, institutional and technical capacity for agricultural risk management and disaster response is typically low in developing countries. Public spending on agriculture is chronically inadequate in most poor countries. Consequently, the agricultural sector suffers from persistently low productivity and high vulnerability to shocks. When smallholder farmers do have access to public extension services or support, they often lack the resources or technical skills to actually apply improved practices. Agricultural finance and insurance markets are either nonexistent or nascent. Lacking formal risk-mitigation mechanisms, farmers in the developing world are routinely forced to revert to negative coping mechanisms, such as selling off productive assets, reducing consumption, or seeking informal, high-interest loans.

This year delivered a hostile warning that climate change is already ratcheting up the frequency and severity of extreme weather events. It is a critical moment to advance a climate-resilient, disaster-smart agricultural development strategy that prioritizes vulnerable rural populations.

Momentum is promising. Last month, the head of the UN Climate Change Secretariat remarked, “never before have we met with a greater sense of urgency.” Perhaps owing to that urgency, the UN parties reached an unprecedented consensus on agriculture and its role in achieving the objectives of the Paris Agreement. Around the same time, experts met in Geneva to develop a new risk-assessment framework meant to help nations implement the Sendai Framework for Disaster Risk Reduction, the principal instrument for strengthening disaster risk management systems worldwide.

The Sustainable Development Goals (SDGs) were stitched together by the thread of resilience building. Targets for disaster risk reduction were incorporated into 10 of the 17 SDGs, including the second goal of ending hunger. Around the world, climate resilience and disaster risk management for agriculture are beginning to be incorporated into national roadmaps and development strategies. New impact-based forecasting and warning systems are delivering timely and relevant information to risk-prone populations. Creative financial mechanisms—including catastrophe risk pools like the African Risk Capacity and the Caribbean Catastrophe Risk Insurance Facility—promise to cushion the blow of disasters in developing countries.

Given the current political environment, the Paris climate agreement is an unlikely avenue for U.S. engagement, let alone leadership, on climate change and disaster risk management. The 2,500 leaders representing U.S. city and state governments, businesses, and universities who pledged this year to meet their own emission reduction targets will put a dent in emissions, but this won’t do much to foster resilient systems abroad.

Fortunately, the United States has other means to engage. The bipartisan-supported U.S. Global Food Security Strategy, which guides the U.S. government’s agriculture and food security investments abroad, prioritizes climate-smart agriculture and disaster risk reduction. U.S. initiatives that stem from this strategy are already building resilience in some of the most vulnerable places on the planet. The current administrator of the U.S. Agency for International Development (USAID), Mark Green, backs this development approach and has expressed his commitment to “help build resilience so that people and countries’ regions are less susceptible to climate shocks and other natural crise.” Resilience building garners rare bipartisan support and that makes good sense: by strengthening the capacity of households, local institutions, and national governments to cope with climate change and natural disasters, the United States safeguards its own development investments, curbs reliance on foreign aid, and mitigates costly humanitarian crises.

At a time when national and international development budgets are tight, we need solutions that make both moral and financial sense: resilience building is one of them. We have all the right tools and institutions at our disposal, and we know the costs of inaction. The United States should continue to harmonize its approaches to agricultural development, climate resilience, and disaster management, while encouraging government ministries and actors to do the same as they implement core international disaster risk reduction frameworks. It is safe to say that Mother Nature does not have a long-term plan. We should.