Destruction, Subversion, and the Long War

Russia’s continuation of the war in Ukraine against fierce resistance suggests that Russia must see the war as offering benefits. Russia has territorial designs on Ukraine, and Putin may be holding on for fear of looking weak. In response, Ukraine’s fight is an existential battle for freedom and independence. Ukraine’s partners providing equipment to Ukraine and imposing economic sanctions on Russia are defending the democratic order and sending the message that that aggression will not go unanswered.

At this point in the war, a simple explanatory lens offers a useful frame: cost-imposing strategies. And the longer the war goes on, the more important cost-imposing strategies become. Beyond conquering Kyiv, Russia is seeking to increase the costs of rebuilding Ukraine. The U.S.-led coalition supporting Ukraine is using the war to subvert Russia’s ability to generate combat power in the future.

U.S. defense secretary Lloyd Austin has said the that goal is to see "Russia weakened" so that it can no longer threaten its neighbors. Ukrainian forces, using a variety of their own equipment along with systems provided by the U.S.-led coalition, have destroyed an immense amount of Russian equipment, including tanks, armored vehicles, jet fighters, and helicopters. The costs to Russia of rebuilding its forces will be immense, with supply chain challenges caused by sanctions adding to the difficulty (with sanctions doing further damage to Russia’s broader economy). Russia’s ability to respond to other perceived slights, including additional countries (Finland and Sweden) joining NATO, will be limited for decades. The longer this war drags out and the more opportunities Ukraine (supported with matériel by the coalition) will have to target Russia’s forces, the greater these costs will be.

Russia, faced with Ukrainian resistance, or perhaps in revenge for it, has continued attacks against infrastructure and civilians, with enormous destruction the result. Putin has also worked to against nations he considers threats, for example, cutting off gas exports to Poland and Bulgaria. President Zelensky has begun talking about the extent of the damage and post-war rebuilding, a conversation started a few weeks ago by the policy community focusing on strategic considerations and the source of funds. As the war continues, Russian targeting of civilian infrastructure will increase the cost of supporting the rebuilding of Ukraine. These costs extend beyond the rebuilding of physical infrastructure to include communal and individual trauma, the impact on the natural world, and so forth. There are also opportunity costs for allies—each dollar for reconstruction is one less dollar to invest in their own military capability. Russia’s message is not “resistance is futile” so much as it is “resistance is costly.”

This war will end when one side decides that its costs are too great to bear. Russia has demonstrated a callous disregard for the costs it is imposing on everyday Ukrainians and will likely continue to do so. Ukraine’s partners’ best response is to continue to support Ukraine through supplying arms, to ensure that Russia knows that aggression, as well as resistance, is costly too.

Cynthia Cook is director of the Defense-Industrial Initiatives Group and a senior fellow in the International Security Program at the Center for Strategic and International Studies in Washington, D.C. 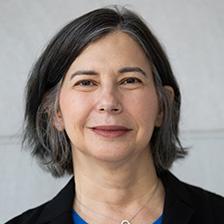 Most Recent From Cynthia Cook

Ukraine pleads for more weapons amid pressure to cede land for peace
The Hill | Ellen Mitchell
June 22, 2022
In the News

No end in sight: Russia preparing for prolonged conflict in Ukraine
The Japan Times | Gabriel Dominguez
May 20, 2022
On Demand Event 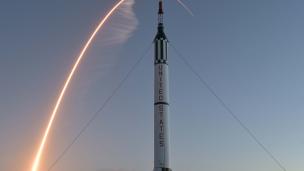 Lt. Gen. Michael A. Guetlein on What’s Next for Space Systems Command
May 18, 2022
In the News

How to Get NATO Forces the Technology they Need
War On The Rocks | Cynthia R.Cook, Anna M. Dowd
May 13, 2022
View all content by this expert