Deng Xiaoping once described the great advantage of the socialist system as “concentrating power to do big things.”

From its expansive overseas investments into inland and sea infrastructure to its domestic drive for technological self-sufficiency, the Chinese Communist Party (CCP) under the rule of Xi Jinping has shown an impressive ability to leverage state and private resources to “do big things.” Strategic plans designed to help the country leap into the future now abound. This year alone will see the unveiling of the 14th Five-Year Plan, China Standards 2035, and likely the next National Medium- to Long-Term Program for Science and Technology Development. Existing domestic and international plans, from Made in China 2025 to the Digital Silk Road, continue to determine how and where resources are allocated into key technologies and key markets. The “new national system” (新型举国体制) seeks to channel China’s technological development capabilities in order to boost its national power.

The latest, and perhaps most consequential, development in the Xi administration’s ongoing efforts to position China to withstand volatile geopolitical exigencies is the new “dual circulation” strategy (DCS), first announced at the May Politburo meeting. The strategy, which envisions a new balance away from global integration (the first circulation) and toward increased domestic reliance (the second circulation), stems from Beijing’s belief that China has entered a new paradigm that combines rising global uncertainty and an increasingly hostile external environment with new opportunities afforded by a floundering and listless United States, which China has long viewed as its most important geopolitical rival. Ever the dialectician, Chinese leader Xi Jinping declared in April that China must “take the initiative to seek change, and successfully capture and create opportunities in the midst of the crises and difficulties before us."

This new worldview sees the continued decoupling of global supply chains as an enduring trend, and so Beijing now seeks to attempt a new “big thing”—balancing emphases on both internationalization and self-sufficiency (自力更生) that marks China’s own version of “hedged integration.” This model entails engaging international capital, financial, and technological markets when advantages can be gained while simultaneously bolstering indigenous capabilities to avoid overreliance on the global economy—due to national security concerns or the vagaries of global economic cycles.

The high-profile nature of the DCS policy formulation, which at present is short on concrete details, is redolent of “supply side structural reform,” the 2015 framework that drove economic policy for the past five years and is now enshrined in the CCP Constitution. When supply side structural reform (SSSR) was first introduced, it was often dismissed as a nebulous and vacuous policy phrase, one that would lead to few if any concrete changes to the policy trajectory. In the intervening years, however, the SSSR framework brought forth sustained efforts to reduce capacity in China’s oversupplied industrial sector—which played a major role in sending prices of key commodities soaring in late 2016 and throughout 2017—as well as the aggressive financial de-risking campaign that has dominated the economic and financial policy agenda since 2018.

The dual circulation strategy appears to be a similarly consequential policy pivot. It comes at a time of deep economic uncertainty, it is the brainchild of Xi Jinping’s top economic adviser Vice Premier Liu He, and it is largely being communicated as a natural extension to SSSR itself.

At its core, dual circulation is a strategy to fortify China’s economic resilience in the face of global economic undulations and a general retreat from globalization among Western democracies. As such, Beijing sees the framework as a way to guard against economic exposures to the external economy (think semiconductors in the extreme, but at a more basic level, the current downturn in global demand, which is slowing China’s recovery).

As part of the effort to reduce external vulnerabilities, one key element of the DCS is to focus on both the strengths and weaknesses of the domestic economy—consolidating the former and addressing the latter in order to improve economic resiliency and self-sufficiency. That means further stoking demand from China’s domestic economy and gearing Chinese producers to meet that demand with expanded output for the domestic market rather than for export—all while finding ways to reduce reliance on external inputs in key areas, including energy, technology, and food.

There is currently a high-profile public debate among Chinese policy advisers of the DCS as they seek to help the leadership fill in key details of the now broadly defined framework. Some are pushing for an emphasis on the international “circulation” as a way to keep China’s economy oriented toward reform, while others in the national security establishment argue that China’s long-term prosperity depends on delinking from portions of the global economy that can be exploited by hostile powers (i.e., the United States). And while the specific methods of execution will take time to cohere, some key principles are starting to emerge.

One of those principles, as articulated by former central bank adviser Yu Yongding, is to reverse the recent emphasis on the services economy and to focus more on ensconcing China at the high end of the manufacturing value chain in a way that better serves the domestic market. This would entail, according to Yu, even more emphasis on industrial policy, including Made in China 2025. According to Yu, “In the past, we emphasized an export orientation because [we believed] that export-oriented countries, especially small countries, were successful. In the future, we need to use more power to boost import substitution. Made in China 2025 is a reflection of this aspiration, and support for this aspiration should be accorded.”

If the DCS begins to bear fruit, the impacts on the global economy would be momentous. While Chinese policymakers and commentators have been clear that the DCS does not mean a full-scale pivot away from global economic integration or reliance on external demand, even a marginal shift by China away from its focus on mercantilist export practices could fundamentally reshape global trade and investment flows. But perhaps more importantly, Yu’s argument that China should renew its focus on high-end manufacturing—rather than services and consumer sectors—may mean that China will seek to replicate the German manufacturing model. If successful, such a move would represent a major challenge to industrialized economies. China’s scale of production could begin to disrupt a range of new market segments—as has happened with solar and lithium batteries in the past.

Fundamentally, efforts along these lines, and under the guise of the DCS, should be seen as part of China’s plan to push forward decoupling on its own terms. This further demonstrates that Chinese leaders are clear-eyed that bifurcation is not a question of if, but of when and how fast. The DCS was born out of a reaction to this diagnosis, and it is meant to posit a proactive strategy for China to shape the parameters of the divorce, not to shy away from it. 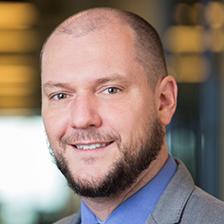 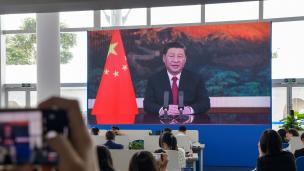 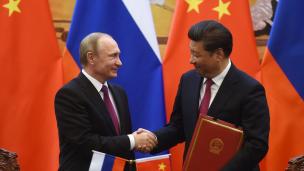 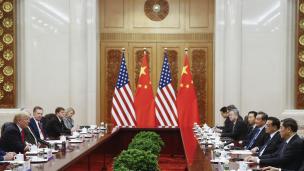 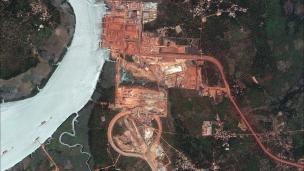 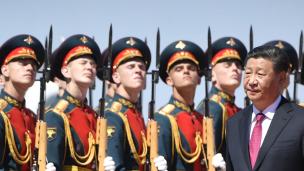 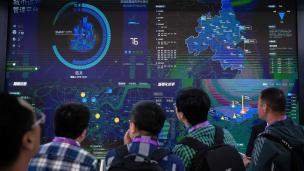 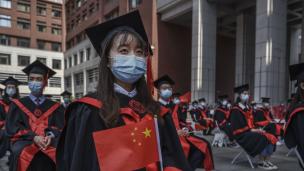