The ministerial has sent a strong signal against the danger of complacency in a time of low energy prices. The energy leaders should be commended for such a strong acknowledgment of the need for sustained upstream investment, even when elected officials and the public may prefer to focus on the fiscal strength and improved household budgets enabled by current low energy prices. The acknowledgment seems to reflect their clear recognition that the G7 economies, many of which are energy import dependent, have much to suffer from a potential price spike and increased price volatility resulting from inadequate and delayed investment in upstream activities.

Strong focus on the security of gas supply came as no surprise given the growing role of natural gas in power generation and climate discussions, as much as the past emphasis on competitive gas markets in Rome (2014) and Hamburg (2015). Clear recognition of the centrality of market liquidity in gas supply security discussions is highly welcomed. While various other technical issues, such as storage, are important to address, in the absence of market liquidity they are inadequate as a sustainable solution to supply security challenges. Needless to say, the Japanese announcement of its LNG market strategy on this occasion reinforces these messages. The aims—greater LNG market liquidity and creation of the “Japan hub”—are practical while ambitious and show that current low energy prices have not dampened the momentum toward more transparent and liquid LNG markets.

Whereas past years’ gas security discussions focused on physical infrastructure, particularly market and technical concerns related to pipeline gas trade (e.g., reverse-flow capabilities), largely in reflection of the geopolitical tension between the West and Russia, the gas discussion this year focused much more on market functions, including pricing regime.

Oil prices have declined by 70 percent since summer 2014, lowering the prices of crude and refined products like gasoline, as well as driving down the prices of oil-indexed LNG. Spot LNG prices have also been lower across the world. While the current price environment is a fiscal blessing for most, if not all, of the G7 members, the notable decline in upstream capital expenditures since last year is a cause for alarm. As there is much uncertainty about the prospects for economic recovery and the scale of climate change threat, the world’s leading economies have no time to spare in leading the global effort to strengthen resilience in our energy system, including market system, hydrocarbon delivery infrastructure, and electricity networks. The collective warning against complacency at the G7 Energy Ministerial in Kitakyushu, Japan, could serve as an important political foundation on which concrete actions by public- and private-sector stakeholders can be built.

The United States Inches toward Development Financing for Nuclear Projects
By Jane Nakano
June 17, 2020
In the News

California in the US-China Rare Earths Race
The Diplomat | Mercy A. Kuo
June 8, 2020
In the News 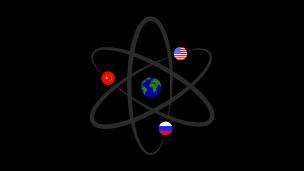 The Changing Geopolitics of Nuclear Energy: A Look at the United States, Russia, and China
By Jane Nakano
March 12, 2020
Blog Post

The UAE Nuclear Project Is Nearing Operation, but Will It Usher in a Nuclear Power Boom in the Middle East?
By Jane Nakano
In Energy Headlines Versus Trendlines
February 25, 2020
View all content by this expert