This month El Salvador became the first country to make a digital currency legal tender. Citing the large remittance flows that come into the country (more than 20 percent of GDP) and large number of El Salvadorans that remains unbanked (nearly 70 percent of the adult population), the government of maverick, techno-savvy President Nayib Bukele announced Bitcoin would become an official currency alongside the U.S. dollar. He said this move would cut transaction costs and increase liquidity in the economy. The International Monetary Fund noted it could also expose the El Salvadoran economy to serious financial and regulatory risks, given the volatility of Bitcoin and difficulty tracking it.

Yet El Salvador is not alone in pursuing the potential of digital currencies. Nineteen countries have launched or are imminentlyly launching digital currencies backed by their central banks, including China, South Korea, and Sweden. Such currencies are also known as fiat digital currencies, because they have the same claim on the central bank as paper currency, thereby avoiding the volatility associated with cryptocurrencies like Bitcoin. Those central banks pursuing fiat digital currencies cite many advantages, including reductions in transaction costs, increasing access to financial services for the unbanked, and providing a regulated, transparent to cryptocurrencies that operate outside the regulated financial system. One less cited benefit is probably among the most impactful—wresting control of information from the current behemoth digital platforms that have come to exert excessive power in national economies and even political systems.

The connection between information and power was initially a concern of liberal economists. In The Road to Serfdom, Frederick Hayek warned that once free countries could fall under the thumb of elite bureaucracies once such bureaucracies were able to monopolize information. In Hayek’s thinking, the free market was the antidote to such tyranny, given the limits to human ability to aggregate and analyze information. In The Uses of Knowledge in Society, he noted that central planning is inherently inferior to the market because central planners can never accumulate all the information represented in a market price. Only “If we possess all the relevant information, if we can start out from a given system of preferences, and if we command complete knowledge of available means, the problem which remains is purely one of logic.” Hayek believed this could never happen.

Today, however, data platforms collect 2.5 quintillion bytes of data every day. Measured in neurons, that is 250 million human brains. They know our preferences and our means better than we do—or even worse, manufacture our preferences through carefully designed algorithms designed to work trigger impulses deep within our psyche. The result of these developments is an aggregation of information in the hands of single organizations at a scale that Hayek could never have imagined.

Indeed, a popular explanation of the growth of the current digital platform companies is that they are basically aggregators. For sure, they aggregate information, but they also match demand and supply, define the rules of the exchange, provide the information and choice alternatives and rulings in case of a conflict and, at the same time, collect the digital fingerprints of participants engaged in each and single transaction. As any e-commerce transaction is an exchange of money against information resulting in the offering of a product or service, each transaction provides the platform company an exponential amount of information to which neither the buyer nor the seller has access.

While once held out as open marketplaces—for goods, services, or ideas—that represented the epitome of liberal economic philosophy, it is now clear these platforms do not provide the transparency essential for free exchange under market principles. Rather, they use the data generated by their customers and suppliers to manipulate supply and demand, dictate prices, and determine the allocation of resources for their own benefit. Amazon’s use of data from its independent sellers to develop competing products and Apple’s favoring of its own developers on its App Store are just two recent examples. We have moved from an open access order characterized by developed countries that Douglas North wrote to a limited access order more common among impoverished and developing pseudo-democracies.

A key feature of limited access orders is the way those with access extract rents for themselves. For example, the borderless environment of Big Tech has allowed corporates to shift sales and profits in complex schemes to avoid tax, resulting in the absurdist consequence that some of the world’s most profitable companies pay little or even no tax to anyone, depriving society of the resources to fund public goods.

Fiat digital currencies offer a way to begin to rebalance the asymmetric information economy. A fiat digital currency, as opposed to the current privately created cryptocurrencies, would provide each citizen with their own digital account or wallet that could be used across all digital platforms. Only this account would record the vital information of each transaction, and the account holder would have sole control of this data—able to share or not share their information as they see fit, leveling the playing field between the digital platforms and their customers. It would also level the playing field between platforms and governments, undercutting the leverage today’s corporate behemoths have against the public sector through their control of when and where they pay taxes. Instead, a fiat digital currency could ensure exchange is taxed at the moment of occurrence and in the jurisdiction where the exchange occurs.

In many ways, this is an analogue to the creation of the U.S. Federal Reserve at the outset of the twentieth century, which replaced a multiplicity of banknotes with a common currency. There is some urgency. If public institutions do not establish such a mechanism soon, large tracts of the economy could fall under sway of private interests with their own currencies, as Facebook is now attempting to do with Libra, something the Financial Times has called “Imperlialism by Stealth.”

Alternatively, autocratic regimes could use digital currencies to concentrate information and power within themselves. China has already spent seven years developing its own fiat digital currency, with several pilots already completed and plans to launch in 2021. If the United States and other developed economies with well-regulated, independent financial systems and central banks do not provide their own alternatives, they will lose the opportunity to leverage technology for the public good and perhaps see the boundaries of free and open exchange even further eroded as private or autocratic platforms further control our digital marketplaces.

John Simon is a non-resident senior adviser with the Project on Prosperity and Development at the Center for Strategic and International Studies in Washington, D.C. Onno Schellekens is the CEO of Carepay, a health technology company that has developed a health benefit wallet that operates on a mobile phone. 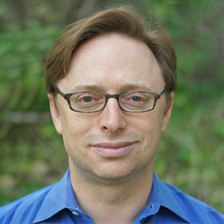 Most Recent From John Simon 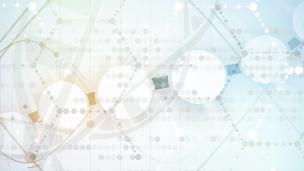 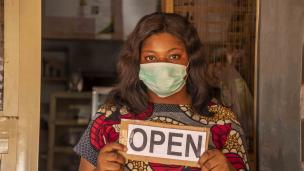 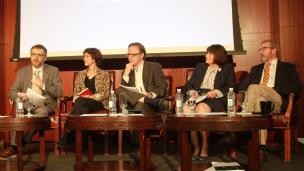 Report Launch: Innovations in Guarantees for Development
October 18, 2019
View all content by this expert