On February 9, the Supreme Court voted 5-4 to freeze (or “stay,” in legal terminology) the Environmental Protection Agency’s (EPA) enforcement of the Clean Power Plan (CPP), the EPA rule regulating greenhouse gases (GHGs) from existing power plants, until the consolidated legal challenges to the rule work their way through the courts. The stay will remain in effect through the review of the CPP by the Court of Appeals for the District of Columbia Circuit (D.C. Circuit) and until the Supreme Court decides the matter, in the event that the losing side decides to appeal to the Supreme Court. This legal process could run into the middle of 2018.

The Supreme Court’s stay of CPP was a surprise decision that raises more questions and uncertainty about when GHG emission regulation will occur for existing sources of power generation. This uncertainty has only increased with the passing of Justice Antonin Scalia, who was one of the five justices that supported the stay. Although the Court took a somewhat unusual step to pause enforcement of the rule by issuing a stay, neither the D.C. Circuit nor the Supreme Court has yet issued a ruling on the legal validity of the CPP. The decision also does not mean that all policy efforts to reduce emissions from that sector are frozen, that all states will discontinue efforts to create implementation plans, or that states will not take their own steps to reduce emissions. It does, however, increase the risk of discontinuities in planning processes underway in and among states and regions and create more confusion for utilities and other power providers in the sector, with the potential for suboptimal economic and emissions outcomes.

Currently, all legal challenges to the CPP are consolidated for review in the D.C. Circuit. When the challengers filed their petitions for review, they also asked the D.C. Circuit to stay the legal effectiveness of the rule pending the outcome of the litigation. The D.C. Circuit panel denied these requests, but also set an expedited schedule for considering the underlying legal challenges. Under this schedule, oral argument will be in early June, which means the panel likely will issue a decision in the fall of 2016. Such a schedule could pave the way for a Supreme Court decision in 2017 or 2018.

After the D.C. Circuit denied the stay motions, some of the challengers applied to the Supreme Court to reverse the denial. Most observers considered these applications a long-shot; the Supreme Court has never stayed a rule while legal challenges were still pending in a lower court.

In a surprising move, the Supreme Court reversed the D.C. Circuit and granted a stay through the duration of litigation, including through any Supreme Court review. The four justices who make up the more liberal wing of the Court dissented. As is typical for such a decision, the order does not detail their reasoning behind the order. However, the challengers presumably met the legal test for obtaining a stay. As a crucial part of this test, they had to demonstrate that there is a “fair prospect” that the Court ultimately will rule against EPA, and that, absent a stay, they would be “irreparably harmed.”

Given this test, it is reasonable to assume that a majority of the justices that issued the stay were skeptical about the legal validity of the CPP and want an opportunity to evaluate its merits before states and power companies are forced to comply. The justices may have had in mind their recent experience with another major EPA rule affecting the power sector: the Mercury and Air Toxics Standard (MATS) Rule. In 2015, the Supreme Court invalidated elements of the MATS Rule, reversing a D.C. Circuit decision. However, by the time of the Supreme Court’s decision, most power companies already had been required to comply, including by closing plants.

The order casts a shadow of uncertainty over the aggressive planning and implementation schedule set out by EPA. However, the order does not itself invalidate the CPP—nor does it necessarily foretell an eventual ruling against the agency. In the past, the Supreme Court has stayed a lower court’s decision pending the Court’s review, but then ultimately upheld it. In this instance, the predictive power of the stay is particularly diminished because we do not yet know who will replace Justice Scalia.

In addition, while the order prohibits EPA’s enforcement of the CPP, it does not preclude EPA from continuing to work on the rule. EPA already has stated its intention to take further actions on the CPP, including issuance of model trading rules for states, a federal plan for states that do not submit approvable compliance plans, possible amendments to some parts of the CPP, and the ongoing provision of assistance to states that opt to continue to work on their compliance plans.

The order leaves some uncertainty about key dates. Under the current CPP, final state plans are due to EPA in 2018. Even if EPA were to prevail in the Supreme Court, it seems likely that this date would be pushed back to give states extra time to submit their plans. Less certain is whether the 2022 start of the CPP compliance period also would be extended. No matter the ultimate outcome of legal proceedings, EPA is still legally authorized to regulate GHG emissions. If the rule is ultimately struck down, federal and state efforts to limit GHGs from the power sector are likely to continue, a fact that will undoubtedly influence how states and utilities choose to respond to the stay.

Before the Court’s stay, our analysis of the CPP found that by the end of the first CPP compliance period in 2030, the power sector’s CO2 emission levels would be 35 percent below 2005 levels. If the rule is ultimately upheld by the Supreme Court, the likely result would be that the deadline for states to submit implementation plans is pushed back beyond the original deadline of September 2018. However, this new plan date would not necessarily result in a changed initial compliance date. If compliance commences as planned in 2022, we would not expect to see any material change in emission reductions. If, on the other hand, the compliance period and associated state targets are delayed, then emission reductions could also be delayed. Depending on the legal and administrative outcome of the Court’s eventual decision, a delayed start could (but would not necessarily) have an impact on cumulative emissions.

If the Court strikes down the rule in whole or in part, the impact on emissions throughout the next decade is more uncertain. This uncertainty stems from two factors. First, EPA is still authorized (and arguably required) to regulate GHGs, so new rules regulating emissions from power plants would likely be put in place. However, for a variety of technical, legal, and political, reasons, the stringency of any new rule, if enacted, is uncertain. The second uncertainty is related to the significant changes underway in electricity markets that are completely unrelated to the CPP. Electric power market shifts already underway, technology change, and economic growth will play a decisive role in determining the CO2 emissions pathway to 2030. Conventional pollutant rules and persistently low natural gas prices are putting pressure on coal plants now and will continue to do so in the near and medium term. The solar and wind tax incentive extensions passed at the end of last year will contribute significantly to these changes. There is a reasonable chance that these combined drivers could, on a national basis, push emissions down to the targets set in CPP regardless of how the Court ultimately rules.

Whatever the ultimate fate of the rule, the stay increases the level of regulatory uncertainty in the power sector. Uncertainty is the bane of a utility’s existence, as it presents challenges for long-term investment planning and asset management decisions. Most major generation companies are charting a transition away from coal to more renewables and natural gas, and since the stay some have publicly said that they intend to continue on this course.

State reactions to the stay will also influence energy markets and emissions. California and the nine Northeast states participating in the Regional Greenhouse Gas Initiative (RGGI) are going to move forward with revisions to their cap-and-trade programs that will almost certainly lead to further emission reductions in those states after 2020 independent of the fate of the CPP. Colorado, Minnesota, Pennsylvania, and others (including some multi-state regional transmission organizations) have pledged to move forward with their CPP planning efforts regardless of the stay. EPA can assist these efforts even as the stay remains in place. On the other hand, states that have refused or reluctantly pursued SIP planning up to this point will put their efforts on hold until the Supreme Court issues a final decision (several states, such as Texas and Montana, have already said that they have frozen their CPP planning efforts).

Power sector GHG emission limits will continue to play an important role in parts of the US going forward no matter what, but the differential pace at which different states are moving could have consequences for emissions and the energy sector. As a recent CSIS and Rhodium publication outlines, a patchwork approach to state implementation plans could lead to problems with emissions leakage—that is, reductions in one place leading to increases in emissions in another. A patchwork approach could also lead to inefficiencies within interstate power markets as generator across a given market may face very different costs for carbon. Utilities and Regional Transmission Organizations have some experience with these issues; however, as a number of states go for deeper emission reductions these issues could become more pressing. These problems were already front in center in the CPP SIP process but could be more important now and if the Court rules against the CPP.

Note: This Commentary has been updated from an earlier edition, published February 12, due to the death of Justice Antonin Scalia.

This Commentary does not necessarily represent the views of Van Ness Feldman, LLP or its clients. Commentary is produced by the Center for Strategic and International Studies (CSIS), a private, tax-exempt institution focusing on international public policy issues. Its research is nonpartisan and nonproprietary. CSIS does not take specific policy positions. Accordingly, all views, positions, and conclusions expressed in this publication should be understood to be solely those of the author(s). 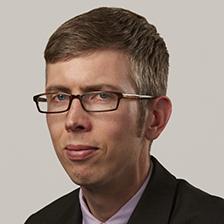 How the Defense Department Can Move From Abstraction to Action on Climate Change
War on the Rocks | Samuel Brannen, Sarah Ladislaw, Lachlan Carey
March 26, 2021
View all content by this expert