NATO’s July 2018 summit meeting has been one of the most divisive meetings in the Alliance’s history. Regardless of whether NATO can now cover its internal divisions up with some kind of public façade, President Trump’s confrontational bargaining style has divided the U.S. from its allies over other issues like trade and tariffs, how to deal with Russia, the JCPOA agreement with Iran, refugees, the search for an Israeli-Palestinian peace settlement, the environment, and even German gas imports from Russia. Transatlantic unity is at something approaching a record low.

The immediate issue for NATO, however, is burdensharing as measured in percentages of defense spending. President Trump has put growing pressure on America’s European allies to meet NATO’s two major goals: spending 2% of each country’s GDP on defense, and 20% of defense spending on equipment purchases. Goals that NATO set in 2014, with the further goal that they should be met by 2024, but that have since been treated as the key political metrics of what current national burdensharing performance should be.

Focusing on the Wrong Goals and Dividing the Alliance

At the July NATO summit meeting, President Trump called for the 2% goal be raised to 4%, This call may have been more a bargaining tactic than one made with any real expectation of success, but it highlights the divisions in the Alliance with little chance of any real success. The data in this analysis show that a number of European countries have made real increases in their defense spending, and for some, this has increased the percentage of their GDP they spend on defense.

Most European countries, however, will still fall far short of reaching the 2% goal in the near future. Moreover, many that are increasing their spending are still spending less in current dollars than they did in 2010. This means that they need to compensate for years of underspending and failing to reshape their forces to meet new challenges from Russia and from extremism and terrorism. European countries have steadily taken too large a "peace dividend" since the break-up of the Soviet Union and Warsaw Pact in 1991, and cut its forces and their readiness, and failed to modernize, at the needed level.

At the same time, NATO's current approach to burdensharing is a critical part of the problem. President Trump is all too correct in calling for more European effort. However, he has focused on NATO's percentage goals – the wrong measures of burdensharing – rather than the changes in strategy, force planning, and spending necessary to create the forces NATO actually needs to deter and defend.

This focus on largely arbitrary percentage goals is scarcely the fault of President Trump. He has inherited a situation where the political structure of the Alliance focus had chosen to emphasize two meaningless and disruptive percentage goals long before he came to office. Moreover, NATO's civilian leaders did so in 2014 – a time when it had already been clear for years that the Alliance badly needed to address critical problems in NATO's strategy, force levels, mission priorities, readiness, and mobility. NATO needed to change to deal with an emerging challenge from Russia, the threat of extremism and terrorism, and the other challenges to U.S., Canadian, and European security long before Russia attacked the Ukraine.

Today, NATO needs goals that focus on efforts to make effective use of its resources rather than seek random increases in spending. Many European countries do need to spend more to achieve these objectives, and focus on the deterrent and defense capabilities the Alliance actually needs. Instead, NATO has divided over percentage goals that have no value in meeting its most urgent needs.

Ironically, these goals are laid out in broad terms in a document issued at the same July 2018 Summit where the wrong approach to burden sharing helped lead to a Transatlantic crisis. This document is entitled the Brussels Summit Declaration, and it was supported by all the heads of state and governments participating in the Summit meeting of the North Atlantic Council in Brussels – including President Trump and the United States.1

The furor surrounding the debate over percentage goals has led many to largely ignore the fact that the U.S. and European allies reached this agreement However, the Brussels Summit Declaration, and several the other such documents issued during the summit, represented major new NATO efforts to deal with its real challenges.

They describe tangible actions to improve deterrence and defense capabilities – including a new U.S. readiness plan to boost combat readiness by ensuring 30 medium-heavy battalions, 30 fighter squadrons and 30 combat ships from across the Alliance to meet any threat within 30 days. and. they set broad strategic and force planning priorities – both on an Alliance-wide and regional basis. It describes tangible improvements in NATO's forward presence, its command structure, its adaption to cyberwarfare and missile defense, and collective roles in dealing with Russia and its changing nuclear forces, Iran, North Korea, Iraq, terrorism, and other out of area challenges.

Showing Why Percentage Goals are the Wrong Approach

This analysis addresses these critical problems in the current debate over burdensharing in detail, using a combination of NATO, U.S. and other data. It examines the real trends in NATO defense spending by country, and how they compare to the spending of Russia and other powers. It shows how little Europe has actually done to increase its defense spending in constant dollars, and just how serious the lack of spending by given European states really is.

It also gives the U.S. credit for new national and defense strategies that strongly support NATO and Transatlantic security. It describes major ongoing improvement in US. capability to provide rapid force deployments to Europe, and major increases in the total U.S. FY2018 and FY2019 defense budget that will sharply increase the readiness of its forces in Europe and its overall capability to project U.S. forces to Europe in a crisis and to meet the common threat of terrorism and extremism.

The analysis then examines latest NATO 2018 data on the extent to which European powers actually meet the 2% of GDP goal, and 20% of defense spending on equipment goal. It shows how little these value these data have data – even in comparison with relatively crude measures of military effort like total defense spending.

The analysis also reveals how many European powers are spending so little that it would take half a decade or more of spending at 2% of GDP to make a major difference if the added money was spent on the right strategic and force planning goals. Ironically, in the case of a few countries, the data also indicate that the same of smaller levels of effort might do far more if they were focused on the right improvements in military effectiveness.

It goes on to focuses on actual trends in military capability – rather than spending – to illustrate these points. It does this by providing a country-by-country analysis of key aspects of total military man power and land and air force strength. Such data are no substitute for full net assessments of the balance of deterrence and defense, and to actual military plans.

However, when NATO's percentage spending goals are compared to the size of its most critical force cuts since the end of the Cold War – even in only two such areas – the result again shows just how pointless NATO's current "percentage" debate has become. It also shows just how important it is to shift the NATO Defense Planning Process to focus on net assessments, meaningful force plans, and spending scarce resources to achieve real-world improvements in deterrence, defense, and security.

That said, the analysis also shows that U.S. needs to be far more accurate and transparent about its claims about the "burden" it bears in supporting Europe. President Trump has inherited a Department of Defense that has virtually abandoned program budgeting and efforts to honestly assess and cost the portion of U.S. forces and defense spending that goes to the defense of Europe. It should stop exaggerating its contribution to NATO, by taking credit for expenditure s that meet global – rather than NATO needs.

The U.S. needs to show its allies what its real world contributions to Transatlantic security really are and what they cost. It needs to give its European allies suitable credit when the U.S. uses their facilities and staging capabilities to meet its broader global needs for intelligence, strategic forces, counterterrorism/extremism, and power projection. 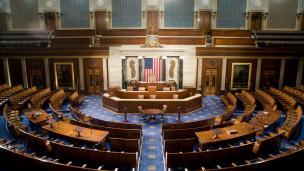 Strategy and the Congressional National Defense Authorization Act for Fiscal Year 2023
By Anthony H. Cordesman
December 7, 2022
In the News

NATO Force Planning and the Impact of the Ukraine War
By Anthony H. Cordesman
October 24, 2022
View all content by this expert