The Population Reference Bureau (PRB) recently released its 2021 World Population Data Sheet and its data on fertility and contraceptive needs indicate that issues with economic development, instability, governance, and climate change vulnerability will persist for a handful of key countries high on the U.S. national security agenda. As political will to tackle climate change grows and leaders negotiate the way forward at the UN Climate Change Conference of the Parties (COP26), here’s what they need to know about the role of population pressures in exacerbating the effects of climate change.

While the world’s more developed countries are experiencing low fertility rates and aging populations, and some countries in sub-Saharan Africa—such as Ghana, Kenya, and South Africa—have seen remarkable fertility declines in recent years, fertility remains high in most of the world’s most fragile and economically depressed states. These include Somalia (with a total fertility rate, or TFR, of 6.9), the Democratic Republic of the Congo (6.2), Chad (6.4), Mozambique (5.0), and Nigeria (5.2). Women in these countries have tremendous unmet need for family planning resources. In Mozambique, for example, only 50 percent of married women say their demand for modern family planning methods is met, according to PRB data. The same is true in Papua New Guinea (49 percent), where the TFR is 4.0 and the population is doubling every generation.

Research in political demography shows that age structure is a solid predictor of a range of political and economic phenomena. For example, countries with young populations have an elevated risk of revolutionary conflict, the type meant to modify or replace the central government. This commentary takes a look at the nexus between demographic pressures, climate change, and instability, demonstrating the need for policymakers, especially those concerned with national security, to continue to take demographic issues seriously and to invest in population health, education, and economic opportunity in the world’s least developed countries. Good governance and voluntary, rights-based reproductive health should be an essential part of the COP26 agenda and inform comprehensive assessments of national security.

Good governance and voluntary, rights-based reproductive health should be an essential part of the COP26 agenda and inform comprehensive assessments of national security.

Climate change brings decreasing crop productivity, water shortages, and rising sea levels, which worsen locals’ standards of living and push those who are able to move elsewhere. An average of 21.8 million people a year were forced to move within their countries by weather-related disasters, such as floods or wildfires, between 2008 and 2020. The World Bank estimates that more than 216 million people in six regions could be displaced in their own countries by 2050 without major changes to abate climate change. Such displacement can cause serious political problems.

Political scientists label the category of conflicts that stem from one group moving into another’s territory “sons of the soil” conflicts. These conflicts occur when members of the local or indigenous group who claim some tie to the territory (the “sons of the soil”) clash with ethnically distinct migrants from other parts of the country or neighboring ones over competition for land, jobs, housing, and other political influence. This has been happening in Nigeria as its climate has worsened.

Nigeria experienced increasing land use for agriculture, decreasing and degraded forests—cleared for fuel wood and agriculture—and desertification from 1975, when the population was 63 million, to 2013, when it was 171 million. Nigeria’s northern states, with some of the world’s highest fertility rates, are experiencing the fastest natural population increase. At the same time, these states have suffered immense climate-induced degradation. Water scarcity, inability to graze cattle on increasingly degraded land, plus outbreaks of violence have driven Muslim Fulani pastoralists southward, into the middle-belt lands of Christians from various ethnicities.

As the sons of the soil theory would expect, competition for land use between the mostly Muslim herders from the north and Christian farmers from the middle-belt states has erupted into violence, displacing hundreds of thousands and killing six times more civilians than the Boko Haram insurgency. The causal chain between environmental degradation and population pressures on the one hand and violence on the other has even more links, as internal displacement further disrupts farming and drives up food prices. Food price spikes have at many times been motivation for violence. Making matters worse, corruption is high, political trust is low, and rule of law is weak.

The situation in Nigeria shows what climate change-induced migration really looks like: a perfect storm of population pressures, environmental degradation, and poor governance.

Nigeria’s population will continue to grow—from 211 million today to 295 million by 2035 and over 400 million by mid-century—and environmental conditions will only worsen, but Nigeria is not the only state in the region where demographic and environmental challenges place a ceiling on economic growth and political stability.

The situation in Nigeria shows what climate change-induced migration really looks like: a perfect storm of population pressures, environmental degradation, and poor governance.

Ethiopia’s economy was the third-fastest growing between 2000 and 2018, and during that time its poverty rate fell by 20 percentage points; however, the confluence of population and environmental pressures, plus poor governance, could reverse those gains. The new PRB data show Ethiopia’s population at 117 million today, but with a TFR of 4.1, the country is projected to add an additional 43 million people in the next 14 years and could reach 208 million by mid-century—a growth rate of 77 percent between now and 2050. The population is dependent upon rain-fed agriculture and sensitive to environmental changes. While Ethiopia had been trending positively in terms of peace and stability, the country has experienced numerous conflicts in 2020, some of which were fueled by internal population movements. Sons of the soil conflicts have broken out in the region of Benishangul-Gumuz, site of the Grand Ethiopian Renaissance Dam (GERD) and one of four multi-ethnic regions of the country. Governance matters here as well: the actions of Ethiopia’s repressive government have created a severe humanitarian crisis for millions.

Sons of the soil conflicts are not the only type likely to result from a combination of environmental and population pressures. Conflict in the wake of urbanization is another. While past waves of urbanization were driven by manufacturing growth in cities, today urbanization is occurring even without that structural development. When people move away from climate-affected rural areas and seek, but don’t find, opportunities in cities, the risks of armed conflict and criminal violence are higher. Already, rising agricultural prices in Ethiopia have driven some urbanization. With only 21 percent of the country urbanized this internal migration will intensify, as rural, agricultural areas become crowded and increasingly vulnerable to climate change.

Chad’s demographic pressures abut worsening environmental conditions. In the last 50 years, Lake Chad, one of Africa’s largest water sources, has shrunk to one-tenth its size. Climate change is in part responsible for the lake’s demise, but drawdowns from irrigation play an even larger role. As the population relying on the lake has grown, so have those irrigation pressures. With a population growth rate of 3.7 percent, Chad’s population is on track to double every 19 years. Already, about 30 million people rely on the lake for fresh water, and as both the lake and the economy around the lake (fishing, irrigated agriculture) shrink, men (primarily) are seeking work in the cities. If they don’t find it, instability can be the result.

Tackling climate change is necessary, but complex and daunting. Fortunately, there are non-climate policy levers that policymakers can pull to lessen the chances of conflict in these high-stress areas.

One important lever is governance. Younger populations create pressure on jobs and incomes; population shifts affect states’ abilities to maintain their finances, to recruit stable and loyal cadres of elites, and to manage conflicts arising from rapid urbanization and shifting ethnic group relations. These are the dynamics Jack Goldstone describes as playing a role in the twenty-first-century increase in revolutions and rebellions. After fertility falls and there are fewer child dependents, countries can reap a “demographic dividend” in the form of economic growth, but only when there’s a close match between the skills and education of the population and the available jobs. When there’s not, youth unemployment can be motive for rebellion, as it was in Tunisia.

Another lever is investment in health and family planning to meet contraceptive needs. A comparison of Bangladesh and Pakistan shows how sharply futures can diverge with policy investment. The two countries had nearly identical TFRs of 6.6 around 1980, but Bangladesh invested in community-based contraceptive distribution with support from the International Centre for Diarrheal Disease Research, Bangladesh (ICDDR/B) and the U.S. Agency for International Development (USAID). It worked. Now, Bangladesh’s TFR is around replacement-level (at 2.3), while Pakistan’s TFR is around 3.2 (which, compounded over time, is a big difference from its neighbor). In contrast to some of its neighbors, Kenya is on track to become more stable. The population is still growing rapidly, but its TFR is down from 5.6 in 1990 to 3.4 today, and 61 percent of married women ages 15–49 are using modern methods of contraception. For increased stability in the future, the needs and expectations of its large youth cohorts (both today’s and those coming behind them) will need to be met.

As part of the climate agenda it’s crucial to immediately invest in voluntary, rights-based family planning infrastructure and capacity, because high-fertility countries that experience fertility declines will still face decades of continued population growth due to population momentum—the tendency for populations to keep growing even after fertility declines because childbearing cohorts are large (leftover from when fertility was higher). An example from Bangladesh illustrates this: even with declining fertility (at 2.3 today, down from 4.5 in 1990) and emigration, the PRB projects that Bangladesh’s population will grow from 171 million in 2021 to nearly 197 million in 2035 and 215 million by 2050. At the same time, Bangladesh will face unrelenting environmental stresses, with greater impact on more people year after year. Recognizing the role of population pressures in environmental stress risks resurrecting a Malthusian perspective, the kind used in the past to justify reproductive coercion. Those outcomes should be avoided at all costs and can be if policymakers include voluntary family planning as part of broader population health initiatives and remember that neither climate nor population initiatives will be effective without good governance. It’s not about forcing smaller population growth; it’s about offering the option in places where there’s demand for family planning, in hopes of increasing quality of life for millions in a world stressed by climate change.

Elevating Population and Governance on the Environmental Agenda

How, then, can the new PRB population data inform climate discussions? While fertility is falling globally and high-fertility states are a minority of the some 200 states worldwide, they are likely to be some of the most unstable countries in the world over the next several decades because they are vulnerable to environmental stress and knock-on conflict effects. These dynamics will hold back economic progress for those states, and conflict will create spillover effects for both neighboring states and those with an interest in their peace and security. Focusing on forestalling or reversing climate change at COP26 will not be enough to avoid climate-related strains, but if leaders convening in Glasgow make it easier for people to choose their family size, the easing of population pressures will reverberate in the climate and governance spheres as well.

Jennifer D. Sciubba is senior fellow with the Project on Fragility and Mobility at the Center for Strategic and International Studies in Washington, D.C., and associate professor at Rhodes College. She is the author of the forthcoming book 8 Billion and Counting: How Sex, Death, and Migration Shape Our World and editor of the new book, A Research Agenda for Political Demography. 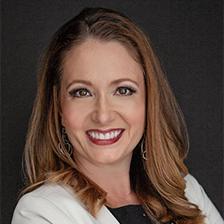