Qatar Crisis: Turmoil in the GCC

Commentary by Frank A. Verrastro and Jon B. Alterman

Saudi Arabia, the United Arab Emirates (UAE), and Bahrain, along with Egypt, broke diplomatic relations with Qatar on June 5 and simultaneously announced a trade embargo. The trade restrictions include closing airspace to Qatari planes and banning Qatari seaborne vessels. Liquefied natural gas (LNG) exports from Qatar, which represent 30 percent of global LNG trade, as well as smaller amounts of crude oil and LNG by-products are affected. The coordinated action came so swiftly and suddenly that there is currently no consensus as to the precipitating cause or, more importantly, what near-term actions might be taken to diffuse the tensions and prevent further escalation. Accusing fingers alternately point to Qatari actions, Saudi ambitions, or even President Donald Trump’s remarks and messaging during his recent Middle East trip. While the Kuwaiti emir has been seeking to mediate the conflict through shuttle diplomacy, and Oman has sought to build vital links to Qatar to alleviate immediate hardship, it seems increasingly unlikely that a solution will be found quickly. Although unlikely, it is possible that this conflict could jeopardize the already fragile Gulf Cooperation Council (GCC), with strategic implications for the United States, its Gulf allies, Iran, and others.

Qatar’s actions in the Middle East have been an irritant to its neighbors for years. A very visible element has been the satellite television station Al Jazeera, which has tweaked regional governments and violated taboos for more than two decades. Seen broadly, Qatar’s leadership has sought to advance its interests by triangulating between Iran, Saudi Arabia, and the United States. With only 300,000 citizens, Qatar has sought to secure its future by balancing between the larger powers to avoid falling wholly into the camp of any of them. Qatar has also sought to be the region’s mediator, playing an outsized role resolving conflicts from the Levant to North Africa and beyond.

In the last decade, however, Qatar has stepped up its role as an independent regional actor. It has not only shown sympathy to groups that embrace political Islam (generally under the guise of supporting democracy), but it appeared to seek to encourage the uprisings that swept the Arab world in 2011. Safe at home with its tiny, wealthy, secure, and loyal population, Qatar often seemed willing to sow disorder and discord overseas.

A 2014 GCC effort to shift Qatari behavior produced an agreement that was not always adhered to. In the last week, several of Qatar’s neighbors decided that enough was enough, and they brought the hammer down. They closed their airspace and ports to ships (Qatari and other flagged vessels) loading oil and LNG from Qatar. They also have severed diplomatic ties. Of particular consequence to energy markets was the UAE’s denial of the port of Fujairah as a bunkering location for ships in transit to or from Qatar, causing traders, shippers, and customers to spend much of this past week identifying potential logistical workarounds (e.g., smaller ships, alternative refueling sites, modifying the sequence of regional loadings, etc.), all of which will increase prices and likely add to delivery times. On Monday, June 12, the UAE took steps to ease certain aspects of the Fujairah restrictions with respect to coloading Qatari oil, although the ban remains in effect for the port’s very large crude carrier (VLCC) jetty, which is operated by the state-owned Abu Dhabi National Oil Company (ADNOC). 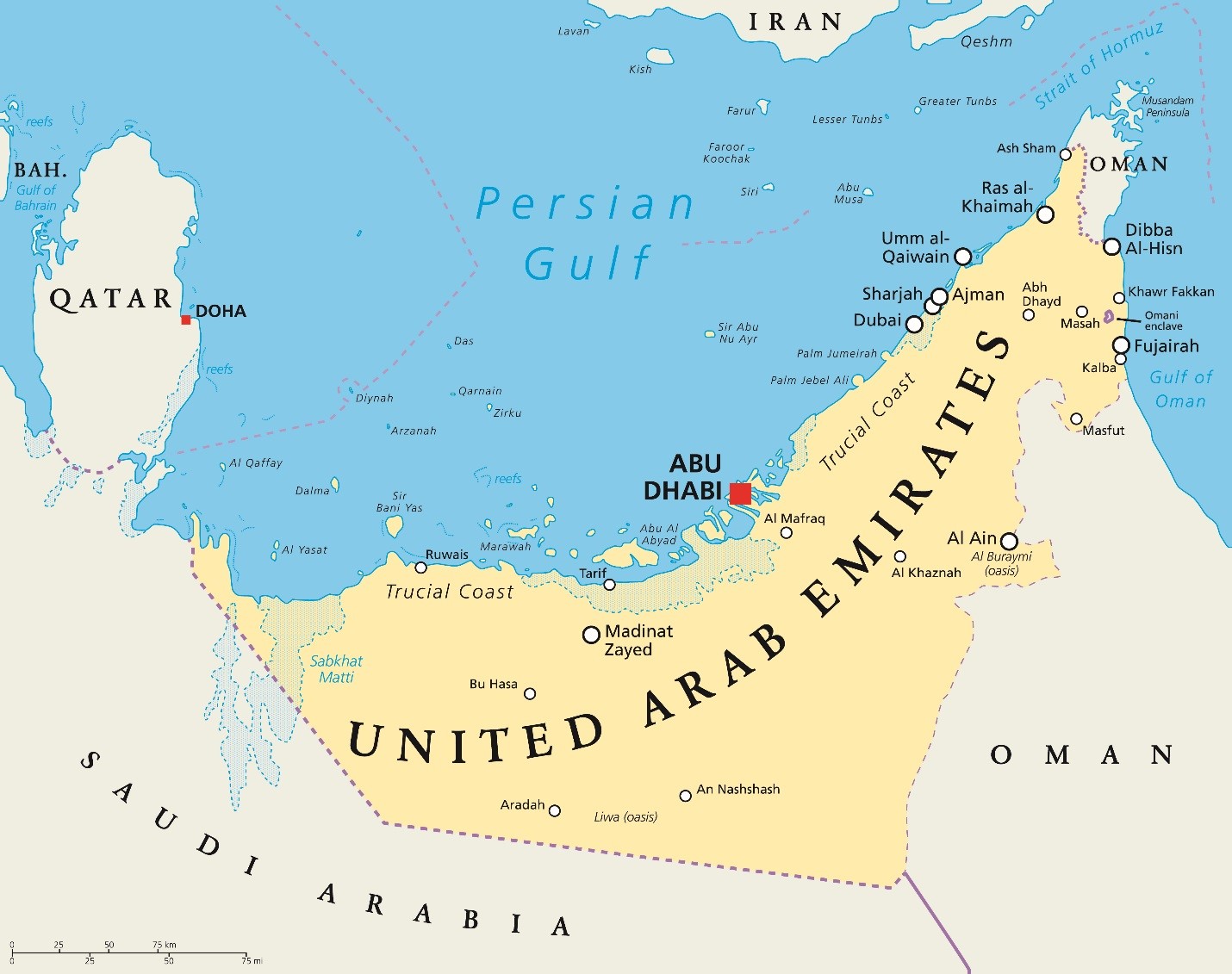 That said, on a positive note, the Suez Canal remains open, and no efforts have been made to shut down the Dolphin pipeline, which supplies Qatari pipeline gas supplies to Oman and the UAE. Approximately 26 percent of UAE natural gas demand is sourced through the Dolphin pipeline from Qatar. Egypt joined the GCC countries in condemning Qatar’s support for terrorism and also severed diplomatic relations, but it remains a purchaser of Qatari gas through third-party vessels. Dolphin currently provides about 2 billion cubic feet per day (bcf/d) of piped gas to the UAE, including a small amount that then goes to neighboring Oman. The Dolphin gas is sourced from the giant North field that Qatar shares with neighboring Iran. Iran and Qatar continue to maintain diplomatic and commercial ties, which continues to irritate Saudi Arabia. Iran has also reportedly sent cargoes of food and medical supplies to Qatar in the past several days.

Since transit times to Asia (South Korea, Japan, and Singapore) are in the 20-day range, tankers that were en route to Asian and other destinations prior to the onset of the most recent round of diplomatic tensions continue to make their way to receiving terminals even as purchasers scramble to ensure continuity of supply over the coming weeks. And though there has been at least one report of purchaser resourcing, Qatar, for its part, affirmed over the weekend that loading and production have not been interrupted.

By global standards, Qatari oil production is small, around 600,000 barrels per day (mbd), but its gas exports are considerable. Qatar is the world’s largest supplier of LNG, accounting for a third of global supply. Roughly 70 percent of its exports serve Asian markets.

On the oil side, expectations are that the current rift with its Arab neighbors will not adversely affect the OPEC agreement to limit oil production. For one thing, Qatar benefits from higher prices. In addition, Qatar has little spare capacity to offer buyers outside of the current agreement parameters. Recent oil price movements appear to be more reflective of U.S. production growth and stock level changes than a boost in Qatari production.

The duration and trajectory of tensions in the Gulf will determine the longer-term supply and price impacts of the GCC actions against Qatar. In the energy world, no serious disruptions have yet been reported, but then it just may be too early to tell.

Politically and diplomatically, the future is uncertain. Both Qatar and its adversaries appear to have dug in, and it will be difficult to find a face-saving solution for all. The matter is complicated by the fact that Qatar’s adversaries still seem not to have produced a formal list of demands to which Qatar can respond, and President Trump’s repeated denunciations of Qatar and support for the Saudi and UAE position make it extremely difficult for the United States to effectively play the role of an unbiased mediator.

Setting aside the obvious energy and economic concerns that escalation into conflict could cause, it is not hard to imagine how a long-term conflict could adversely impact U.S. interests. The United States continues to fight in Iraq, Syria, Afghanistan, and beyond, in part, utilizing the al-Udeid Airbase, the largest U.S. facility in the Middle East. A breakdown in intra-GCC relations makes it more difficult to run joint exercises with other U.S. partners, and it pushes back longstanding U.S. efforts to build a more integrated force among regional partners to confront regional threats. Looking ahead further, should it come to that, the breakup of the GCC would be a gift to Iran and Russia, who have long regarded the grouping as the troubling finger of U.S. intervention in the Gulf.

Some analysts suggest that the real goal of the current exercise is to bring about a change in the Qatari leadership. Accomplishing that would be complicated and difficult, and it could spur a period of intergovernmental intervention in regional politics (which some might argue the Qataris have already begun).

What is clear is the unprecedented nature of the current actions. For most of its 36 years, the GCC has been a comfortable club that has eased regional states toward greater integration while not making harsh demands on its members. The current rift is far deeper than any in memory. And while it seems unlikely to lead to war, it is not hard to imagine that the GCC that emerges will likely be a very different organization than the one that existed prior to the current crisis. And that change will have implications for the GCC states and the United States alike.