RESOLVED: The Lower House Election Is a Warning Sign for the LDP

On October 31, 2021, the Liberal Democratic Party (LDP) led by Prime Minister Fumio Kishida retained its majority in elections for Japan’s Lower House of parliament, outperforming preelection forecasts that predicted a surge by the opposition amid public concern about the pandemic and the economy. The LDP and its coalition partner Komeito won 293 of the 465 seats in the chamber, but the Kishida government is under pressure to deliver a concrete policy agenda ahead of an Upper House election scheduled for next summer.

In the 25th issue of the Debating Japan newsletter series, the CSIS Japan Chair invited Daniel M. Smith, professor of modern Japanese politics and foreign policy at Columbia University, and Yuko Nakano, a fellow with the Japan Chair at CSIS, to analyze the Lower House election results and the prospects for the LDP going forward. 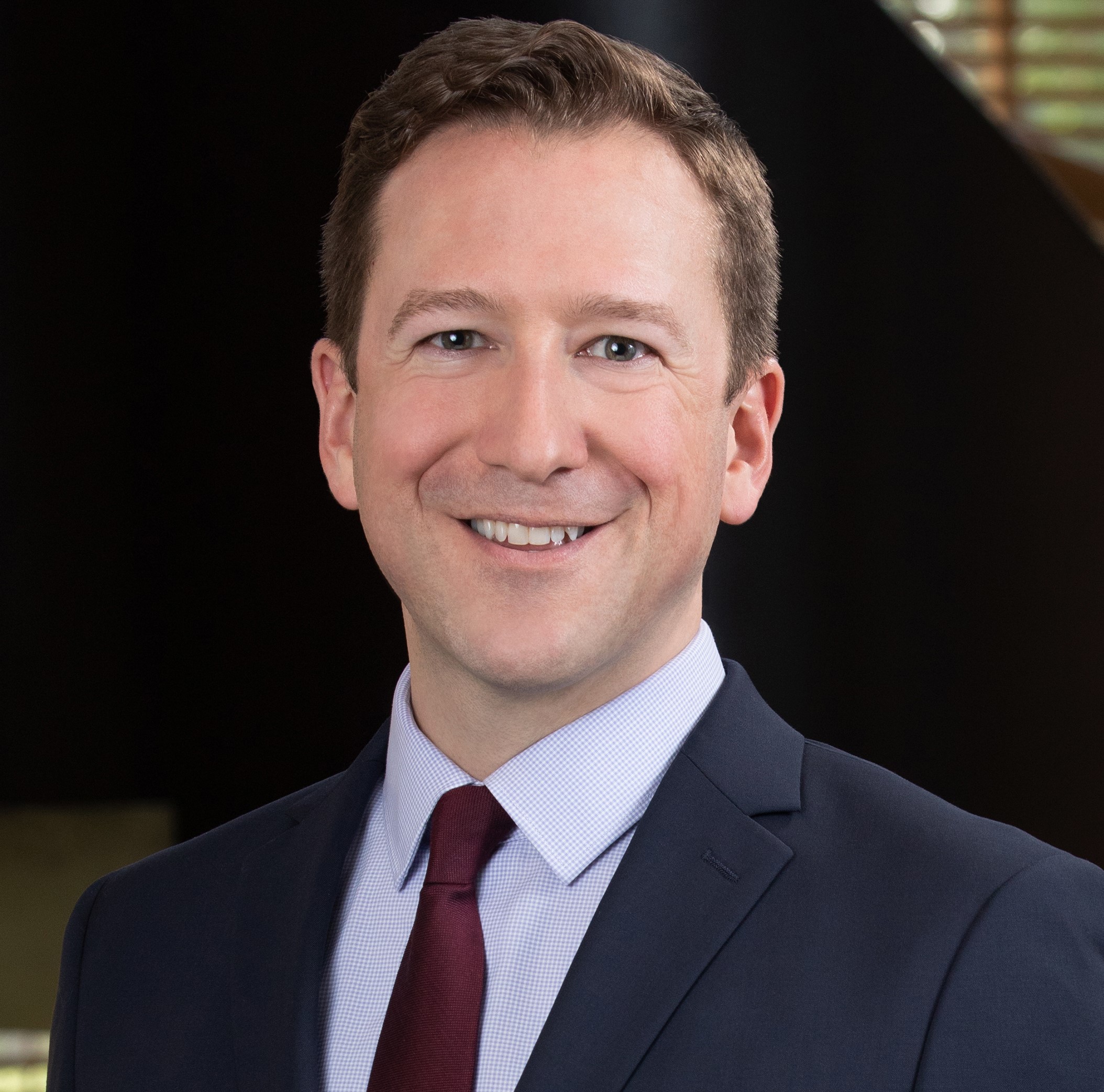 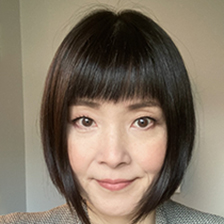 On the surface, the outcome of the 2021 general election is good news for the Liberal Democratic Party (LDP), and especially its leader, Prime Minister Fumio Kishida. Prior to the election, the LDP-Komeito coalition held 305 (of 465) seats in the House of Representatives (276 of which were held by the LDP). But the unpopularity of Kishida’s predecessor, Yoshihide Suga, and the coordination of opposition candidates in the single-member district (SMD) races led to some preelection predictions that the party could lose as many as 70 seats. Kishida himself set the modest goal of winning a simple majority between the two coalition partners. In the end, however, the coalition’s losses were much lower—just 15 seats for the LDP (and a gain of 3 for Komeito)—resulting in a stable governing majority of 293 seats. The LDP later accepted independent Goshi Hosono into the party for an additional seat.

For Kishida, the better-than-expected performance strengthens his position in the party and provides him the political capital he needs to change course from the personnel and policies of the previous administrations of Suga and Shinzo Abe. Many observers agree that Kishida and the LDP are in a favorable position heading into the new Diet session and next summer’s House of Councillors election.

But below the surface, the LDP has several reasons not to be overly confident. First, while public approval for the Kishida cabinet stands at 53 percent, this is a weaker post-election “honeymoon” than other recent prime ministers enjoyed, and approval rates only tend to go down over time. Meanwhile, support for the LDP as a party remains below 40 percent, and its vote share in the proportional representation (PR) tier has not surpassed 35 percent since the 2005 general election. To be sure, this is higher support than any other party currently enjoys, but it hardly suggests an insurmountable wall of LDP support. The Constitutional Democratic Party (CDP), the main opposition party, earned 20 percent of the PR vote, and Nippon Ishin no Kai (Japan Innovation Party) is not far behind, earning 14 percent of the PR vote and completely defeating the LDP in SMDs in Osaka Prefecture.

Second, setting aside the shellacking in Osaka, most of the LDP’s majority was earned in the 289 SMDs of the electoral system, where it captured 189 seats (including two ex-post nominations given to affiliated independents). But 46 of those wins resulted from only a plurality—not a majority—of the votes. Moreover, in the remaining SMDs where the LDP’s candidate won a majority, the margin of victory was less than 5 percentage points in 17 of them. In other words, relatively small changes in either opposition fragmentation or voter support (whether through persuasion or mobilization) could have reversed up to a third of the LDP’s SMD victories. These kinds of large seat swings resulting from small vote changes occurred in the 2009 and 2012 general elections and could happen again.

Third, turnout continues to be low, at just 56 percent. A majority of voters in recent years report being unsatisfied with how democracy is working, and do not agree with many of the LDP’s policy positions (such as its opposition to allowing elective separate surnames for married couples). But many of these disaffected voters stay home at election time. Exit polls show that the LDP enjoys relatively more support among young people (under 40), but relatively less support among women. While young people are notoriously hard to mobilize, women could be a force for increased electoral pressure on the LDP if they can be mobilized by the opposition. In 2021, women’s turnout was slightly lower than men’s turnout, and the share of women in the Diet declined to less than 10 percent. The LDP’s share of women is the lowest among the major parties (just 7.6 percent), and while Kishida has promised a “regeneration” in the LDP, the party continues to be dominated by older men (and the sons and grandsons of former members). If the opposition parties can appeal to women voters, and mobilize them to turn out in higher numbers in the next election, it might provide the kind of small shift in votes that can swing a large number of competitive SMDs away from the LDP.

The Liberal Democratic Party (LDP) fared far better in the recent Lower House election than preelection forecasts predicted. It secured 261 seats and an absolute majority in the Lower House, effectively controlling all standing committees to advance its legislative agenda. While there are lessons to be learned from this election for the LDP, overall, these results do not constitute the “end of the LDP” in the way many political analysts feared.

Studying the election results closely can provide insights into the future of the LDP and the overall political landscape in Japan. The LDP had a net gain of 6 seats in proportional representation contests, in which voters select a party, and a net loss of 21 seats in single-seat districts, in which voters select an individual candidate. By contrast, the main opposition Constitutional Democratic Party of Japan (CDP) had a net loss of 22 seats in proportional representation contests and a net gain of 9 seats in single-seat districts. These results suggest that the LDP received general support as a party even though it suffered in a handful of districts where voters expressed their dissatisfaction with individual candidates, including several prominent LDP incumbents. It is also important to note that although the LDP lost 15 seats combined, it outperformed predictions in many closely contested races after alarming poll numbers motivated the LDP to shore up support in the final days of the campaign.

The LDP also did well with younger voters, though this was not accurately captured by preelection forecasts. According to exit polls, 37 percent of voters in their teens through 30s voted for the LDP (support for the CDP among the same age group was below 20 percent). In fact, the LDP received strong support from the so-called “working-age generation,” which includes voters in their 40s and 50s. One explanation is that the younger population, which prioritizes growth more than redistribution of wealth, favors the ruling coalition’s economic and social welfare platform. For instance, the ruling coalition’s push for legislation earlier this year to raise out-of-pocket medical fees for people over 75 based on income was a part of social security reform designed to ease the burden on younger people in Japan’s aging society.

In addition, the opposition parties in Japan struggled to overcome LDP dominance. The CDP, by forming an alliance with four other opposition parties and collectively endorsing one candidate in single-seat districts, was hopeful that it would make significant gains in the Lower House. However, the CDP secured only 96 seats, falling short of the 109 seats it previously held, and the alliance only won 28 percent of its races in districts where it consolidated candidates. The underperformance can be attributed to voters’ skepticism of the alliance, which included the Japanese Communist Party (JCP), as the CDP’s Tetsuro Fukuyama acknowledged. Moreover, forming a formal pact with the JCP drew a strong rebuke from CDP supporters, including the Japanese Trade Union Confederation, the largest trade union in Japan. As the CDP is set to elect a new leader at the end of this month, the main opposition will go back to the drawing board and formulate a new strategy ahead of the upcoming Upper House election.

Conversely, Japan Innovation Party (JIP), a conservative party based in Osaka, almost quadrupled its seats, and emerged as the third largest party in the lower chamber. Support for the JIP among unaffiliated voters grew from 9 percent in the 2017 general election to 21 percent, as the JIP appealed to voters who wanted to show their discontent with the LDP but were unconvinced of the CDP-led alliance. While the LDP should take note of the JIP’s rise in popularity, it is too early to determine whether the JIP can expand its base to become a nationwide force.

The Lower House election confirmed the strength of the LDP but also illustrated areas where it can improve as the new government tries to solidify political stability under LDP leadership. Exit polls suggest that even though the LDP did well among younger voters, it trailed the CDP among voters 60 and older, and unaffiliated voters. They also indicate that the LDP appealed less to female voters versus male voters. Moreover, though the Kishida cabinet’s approval rating increased to 60.5 percent, this was mainly due to the lack of an appropriate alternative. Lastly, a significant portion of the public does not agree with some details of the recently announced stimulus package, the first concrete policy proposal by the new Kishida government. Whether the LDP can win back support from disenfranchised voters will partially depend on how quickly and firmly the new government can present and execute detailed action plans for Japan’s economic recovery and Covid pandemic measures, two top concerns of the Japanese public in the election. Nonetheless, the LDP still remains a dominant force in Japanese politics and has a chance to prove it again in the Upper House election next summer.

DANIEL M. SMITH is the Gerald L. Curtis Visiting Associate Professor of Modern Japanese Politics and Foreign Policy in the Department of Political Science and School of International and Public Affairs at Columbia University. He is the author of Dynasties and Democracy: The Inherited Incumbency Advantage in Japan (Stanford University Press, 2018), and coeditor, with Robert Pekkanen and Steven Reed, of Japan Decides 2021: The Japanese General Election, forthcoming in 2022 from Palgrave Macmillan.

“RESOLVED: Japan Is Entering a Period of Political Instability” (September 2021)
“RESOLVED: The United States Can Fix the Japan-South Korea Problem” (July 2021)
“RESOLVED: Tokyo Can Become the Next Financial Hub in Asia” (May 2021)