A Seat at the Table: African Leadership in a Post-Covid-19 World

The Covid-19 pandemic will be a history-altering event. But where will it take us? In “On the Horizon,” a new CSIS series, our scholars offer their insights into the fundamental changes we might anticipate for our future social and economic world.


African governments are fed up with the state of the world. Since the outbreak of the Covid-19 pandemic, African leaders have given voice to long-standing grievances about the region’s status in global affairs and the treatment of its citizens in China—and, more recently, the treatment of Black people in the United States. With more than 200,000 confirmed cases of Covid-19, an impending continental recession, and international anti-racism protests, African governments are reassessing their roles in the international system. In the coming months, African leaders will almost certainly demand a bigger say on global issues in multilateral forums and more equitable ties with existing partners as well as step up as standard-bearers for multilateralism in an increasingly fragmented world. If the United States wants to repair and revive its links to the region in this new reality, it will need to rethink its approach to developing and sustaining its partnerships.

African leaders and civil society are chastising their important trading and security partners for real and perceived slights during the Covid-19 pandemic and in the wake of George Floyd’s murder. While far from unprecedented, African admonishments of foreign partners have rarely been as forceful, sustained, or public. These rebukes are setting the stage for a recalibration of Africa’s ties with China, the United States, and other foreign governments.

In response to Covid-19, the region’s governments are tapping into public frustration about the virus’s foreign origins, the shallowness of the international response, and overbearing public health guidance from countries that are failing to curb their own outbreaks. African officials probably are becoming more confrontational because they fear a failure to push back (and deflect attention from the current crisis) will heighten domestic public anger in the wake of the disease’s mounting death toll and economic devastation. 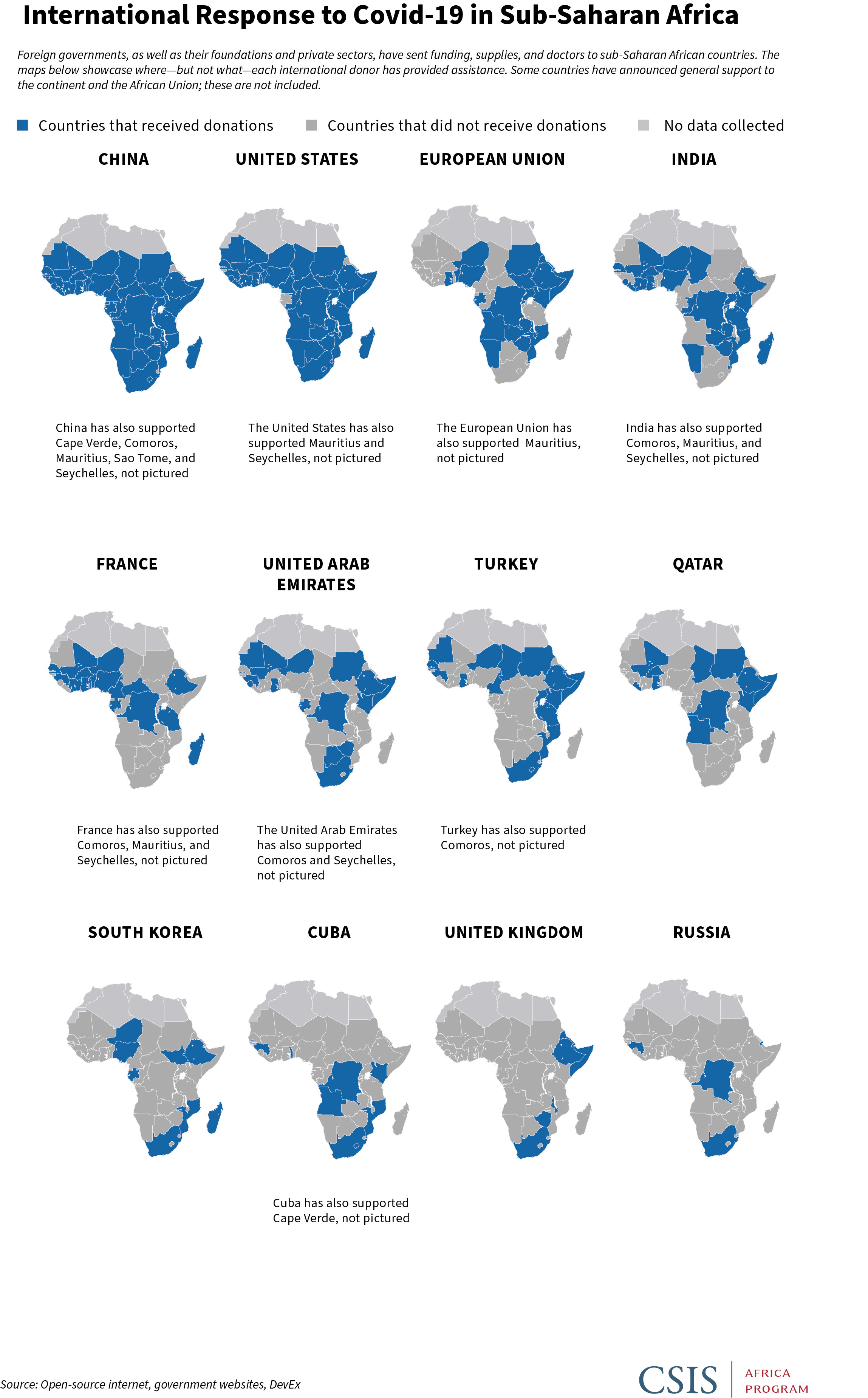 We’re Not Gonna Take It

The region’s governments, consequently, are setting down new markers for their foreign relationships, bluntly saying what they expect and what they will accept from bilateral partners and multilateral institutions. This hard-nosed approach has been most evidenced with regard to economic relief and foreign health proscriptions.

This new assertiveness is unlikely to fade. As Ivoirian president Alassane Ouattara concluded, “there’s been a selfishness on the part of industrialized nations for decades.” Former Nigerian president Olusegun Obasanjo, for example, denounced what he described as U.S. efforts to ridicule African institutions, in response to a U.S. attempt to probe Akinwumi Adesina, the current African Development Bank president.

While there is little scope to trigger a major overhaul of bilateral relations—in part due to deep structural economic and security ties—the region’s leaders will levy new demands for access to and input on key global debates. They will also seek to deepen their partnerships with countries they judge to be responsive, respectful, and competent. 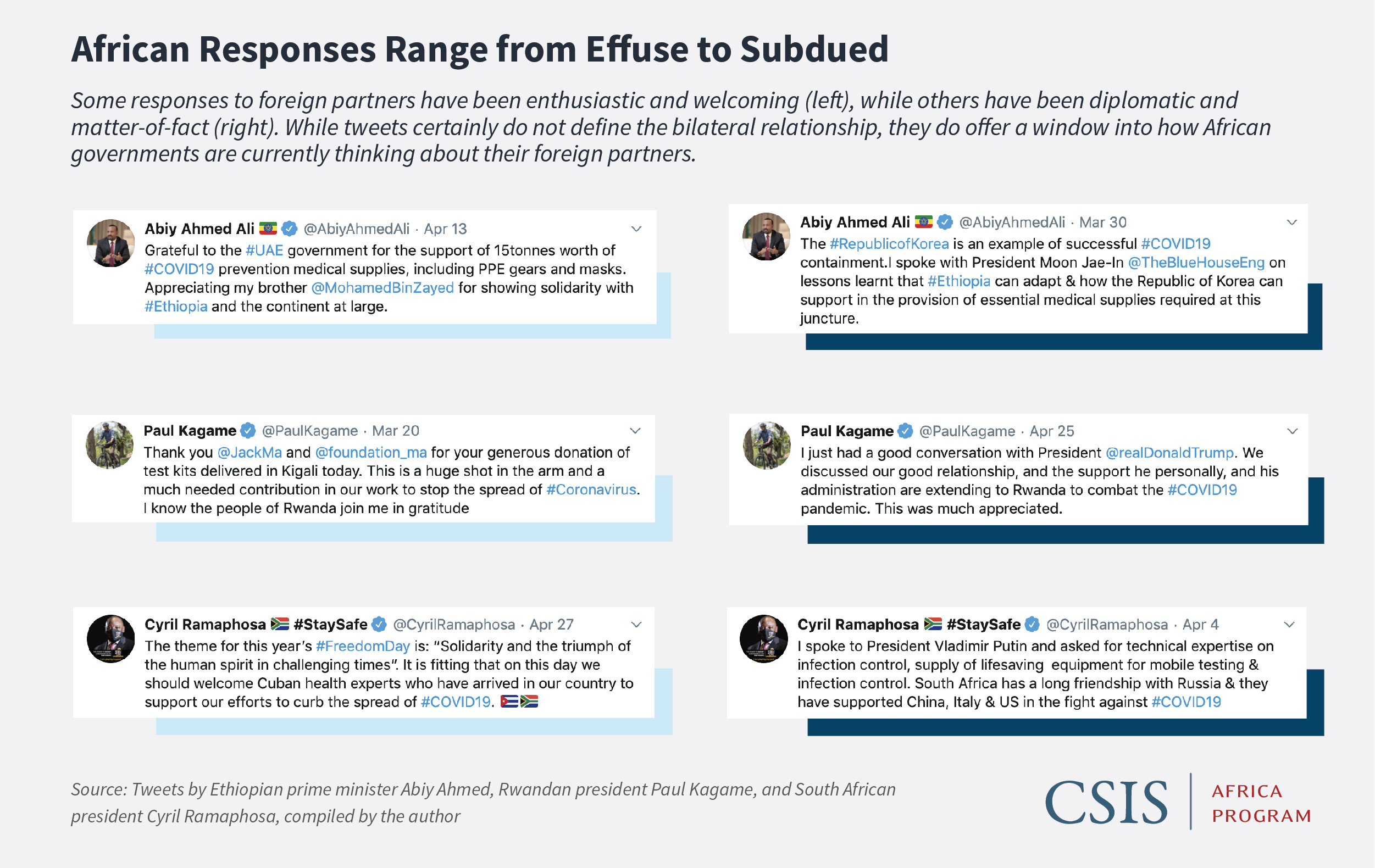 While African governments are demanding a different relationship with the international community, there are opportunities for the United States to restore its leadership and renew its partnership with African counterparts. Below are five recommendations to support African governments during the pandemic and reestablish strong ties in a post-Covid-19 world.

Judd Devermont is director of the Africa Program at the Center for Strategic and International Studies (CSIS) in Washington, D.C.