Thinking Through Security and Coordination Aspects Needed for Ukraine’s Reconstruction

The aim of the bipartisan and international CSIS Ukraine Economic Reconstruction Commission is to produce a policy framework that will help attract private sector investments to support Ukraine’s future economic reconstruction. To support the commission, CSIS will convene a series of working groups that will address a range of issue-specific areas that are critical for reconstruction and modernization of the Ukrainian economy, including agriculture, energy, and transportation and logistics, as well as addressing the impact of corruption on private sector investment.

Nearly seven months ago, Russia’s unjust invasion of Ukraine began. The fighting has remained intense and Ukrainian military forces are taking back occupied territory from Russian forces. The devastation wrought upon Ukraine has been intense. Human suffering, infrastructure destruction, and economic disruption have struck this democratic nation hard. Estimates of Russia’s damage to Ukraine range from $250 billion to more than $1 trillion.

Since February 24, 2022, most of the focus for both the Ukrainian government and international community has been on strengthening Ukraine’s military capabilities to defend itself. The emphasis on security efforts is understandable because Ukraine must win the fight as quickly as possible. However, some limited reconstruction efforts are already underway in the western part of Ukraine where there has been little recent fighting. It is critical to start immediate planning for the security needed to continue these efforts across Ukraine.­­

In a few weeks, world leaders will meet in New York for the annual UN General Assembly (UNGA). During World War II, allied leaders were thinking about reconstruction before their victory, and similar efforts need to take place now for Ukraine. Thinking about what reconstruction will look like while the war is ongoing is an essential planning exercise—and one that needs to be done with more rigor and global coordination. Reconstructing Ukraine will not only stabilize the country but also Europe. If it is not thought through now and done right once the fighting ends, Europe, not just Ukraine, will remain wobbly in terms of peace and prosperity.

At UNGA and at other upcoming international forums, the international community should discuss the types of monetary and technical assistance it can provide in terms of reconstruction support to Ukraine. Last July in Lugano, Switzerland, representatives from Kiev took the first steps in presenting what they believe is needed and how donor nations might be willing to support. However, given that the fighting on the ground in Ukraine has continued, no long-term pledges or commitments have been made to support the rebuilding of this democratic nation. In late October, Berlin will host the next reconstruction conference as part of its G7 duties, which will be a critical time for Ukraine’s allies to make important decisions on coordination.

There has been hesitation to begin conversations around reconstruction because of uncertainty around when and how the fighting will end and incorrect assumptions that it is too early to start planning. To have international organizations, NGOs, and private contractors operating on the ground to rebuild Ukraine during a shooting war with Russia has been a political line many have been unwilling to cross. It may also prove to be counterproductive, given that any infrastructure built will be under high threat for destruction. Although the question on how the fighting stops in Ukraine is a very important factor in determining what reconstruction may look like and how reconstruction can be conducted, it does not prevent prudent planning from occurring now. If Russia were somehow to turn the tables and conquer vast amounts of Ukrainian territory, the issue of reconstructing Ukraine would be far different than if the Ukrainian forces are able to take back and hold all or nearly all of its territory while expelling Russian forces from their soil. The upcoming UNGA, therefore, can serve as a critical platform for nations to start to talk about what the global community will do to rebuild Ukraine, developing a triage system based on what the three most likely postwar scenarios may be.

Creating the Conditions for Reconstruction

As nations consider their respective contributions to Ukraine’s reconstruction, a critical piece of rebuilding will be developing a security guarantee to allow the private sector and NGOs to start reconstruction efforts and to create an environment for critical foreign investment. Ukraine will need to offer and oversee a basic, on-the-ground security architecture to ensure the dissemination of the likely forthcoming and already allocated reconstruction funds for social services, such as schools and hospitals, and distribution of goods. There will need to be measures in place not only to prevent fraud, waste, and theft, but also to provide for the physical safety and security of those on the ground performing the reconstruction tasks. To attract the best talent possible to help with Ukraine’s rebuilding, the private sector, NGOs, and others will need to be assured they will be protected while operating throughout the country.

While not impossible, it is unlikely that Ukraine will receive an overarching security guarantee from NATO to protect it against future threats from Russia. Absent this, Ukraine will need to look for alternative arrangements to provide security assurances following the end of the current war, likely on a bilateral basis or via a collection of nations as guarantors. Discussions and commitments by nations for these types of security arrangements should take place at the UNGA. In fact, former NATO secretary general Anders Fogh Rasmussen recently presented a Kyiv Security Compact proposal to Ukrainian president Zelensky laying out some possible means by which the international community can provide for Ukraine’s security. This is the kind of proactive thinking that needs to be considered by the United States, Europe, and others.

Prior to establishing exactly what this type of overarching, multilateral security agreement would look like, there needs to be an understanding of the conditions on the ground that will both impact Ukraine’s needs and leadership capabilities in the process. As a part of these assessments, which should be happening now, Ukraine’s partners and allies should determine what the existing leadership capabilities and capacities are on the ground. Given Ukraine’s recent advancements in regaining territory and defense of Kiev early on in the war, it is likely that the government may possess many of these capabilities already. Now is the time for the international community to determine where it may fit in, and, in particular, how it can support Ukraine’s national capabilities for the long term.

Ukraine Is Not Iraq or Afghanistan

Given that the United States’ most recent large-scale efforts to create stability and provide security to other countries took place in Iraq and Afghanistan, there may be a tendency to equate Ukraine with these efforts and try to apply lessons learned. However, for several reasons, this would be a faulty model to view Ukraine. The baseline for the existing Ukrainian government’s capabilities is vastly different from governments in Iraq and Afghanistan. Ukraine has a sovereign, functioning, and democratic government that has its own vision for what reconstruction will look like. Although strengthening Ukraine’s rule of law and governance will be an important piece of reconstruction, basic infrastructure already exists. This means that the United States and other donors will have to put less effort into building institutions but rather will need to coordinate closely with and allow the Ukrainian government to take the lead. It is important to note that in the case of Ukraine, local governments are as capable as the national government in developing policy and implementing plans. In fact, the European Alliance of Cities and Regions for the Reconstruction of Ukraine, launched by the European Union in June and in response to requests made by President Zelensky, included the option for various donors to choose one city specifically to coordinate with and rebuild. However, to create a successful security agreement, the international community should plan on a national level and then work with local governments to implement. Building on this first point, unlike Iraq and Afghanistan, Ukraine also has a stable private sector that has made extensive progress since the invasion of Crimea in 2014.

Conditions on the Ground

There are several conditions on the ground that will impact what a potential security agreement between the international community and Ukraine would look like. The first is an expansive need for physical security. It will be essential for the United States and Ukraine’s allies and partners continue to provide the Ukrainian military with weapons, material, and training to allow the nation to defend itself against future Russian attacks. This type of physical security which allows freedom and safety of movement will also be integral for NGOs, international donors, and the private sector to operate in Ukraine. Any potential security agreement will have to focus on providing safe corridors to these groups. This will require Ukraine to provide data on where attacks are still occurring and whether certain parts of the country may be off-limits temporarily or for extended periods. Transparency of communication will be critical in order to ensure safety and maintain trust.

To further help ensure the safety of NGOs, international donors, and the private sector, Ukraine should also standardize access to the country. A strong visa system, including both tourist and business visas, should be developed for Ukraine to protect against nefarious outside actors who may enter the country. This system will also be important in ensuring that only good faith actors have the potential to enter Ukraine and that efforts carried out by various groups align with the Ukrainian government’s priorities.

There may also be instances down the road where temptations for corruption will incentivize unofficial military forces to turn into gangs. A potential security agreement should include provisions to track these groups and implement prevention mechanisms for these groups to take advantage of their weapons. Once the need for volunteer groups has subsided, there should be a disarmament, demobilization, and reintegration plan to ensure a smooth transition back into civilian life.

Several key questions remain for allied donor countries and the Ukrainian government to come to an agreement on in order to implement a successful security framework and begin the massive undertaking of reconstructing the country:

In military terms, now is the time to undertake the prudent planning required to prepare for the next phases. It would be a disservice to the people of Ukraine for all they have fought and sacrificed for if the international community is not prepared for reconstruction when the fighting stops.

Daniel Fata is a non-resident senior adviser at the Center for Strategic and International Studies (CSIS). Janina Staguhn is a research associate with the Project on Prosperity and Development at CSIS. 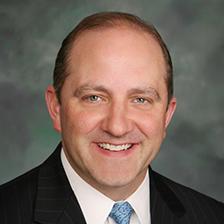 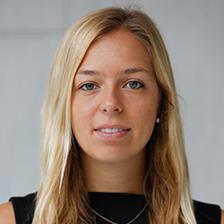 Most Recent From Daniel Fata

How to ensure the US and its allies have the weapons they need
Defense News | Daniel Fata and Jerry McGinn
September 27, 2022
In the News

How European countries stand on 2% of GDP defence spending
euronews. | David Hutt
July 20, 2022
In the News

2 Percent Defense Spending Is a Bad Target for NATO
Foreign Policy | By Kathleen J. McInnis and Daniel Fata
June 10, 2022
In the News

Russia Is a Real Threat to NATO
Foreign Policy | Kathleen J. McInnis, Daniel Fata
May 20, 2022
In the News

Tried and true job hunting advice based on my own real world job search
Fox Business | Daniel Fata
May 20, 2022
In the News

Why a ‘Buy Allied’ approach matters
Defense News | Daniel Fata, Jerry McGinn
May 19, 2022
In the News

What NATO Should Do Now
The Bulwark | Eric Edelman, Daniel Fata
March 1, 2022
View all content by this expert