Tanzanian president John Magufuli is dragging the East African nation deeper into authoritarianism. His first term consisted of assaults on Tanzania’s political opposition, civil society, and media—as well as nationalist economic policies that stifled foreign direct investment. His second term, emboldened by his October 2020 reelection against a backdrop of voter suppression, portends a tightened grip on information, increased alienation of foreign businesses, and a deepened isolationist stance, especially as Magufuli casts doubt on the efficacy of the Covid-19 vaccine.

Magufuli dealt a severe blow to plurality and personal freedoms during his first five years in office in what was likely only a preview of the repression to take place in his second term. His attacks on high-profile members of the political opposition began as soon as he entered office in 2015. His administration is widely believed to have been behind the 2017 shooting of Tundu Lissu, deputy chairman of the Chadema opposition party and Magufuli’s key rival in the October 2020 election. The National Electoral Commission (NEC)—firmly under executive control—suspended Lissu’s 2020 campaign for seven days and denied registrations of candidacy to over 1,000 Chadema contenders for local council. Magufuli also passed legislation to justify government censorship of civil society actors and media groups that demand transparency or challenge the government’s narrative. In the past two years, the ruling Chama Cha Mapinduzi (CCM) party enacted at least four new laws that restrict operations of nongovernmental organizations (NGOs), allowing the government to monitor, deregister, and suspend civil society groups. And within 2020 alone, Magufuli’s administration fined at least 10 media outlets and temporarily suspended programming of at least six media channels.

Magufuli also implemented a nationalist economic agenda and will almost certainly continue to double down on this approach during the next five years. During his first term, Magufuli choked the regulatory environment for foreign businesses in a misguided attempt to achieve economic justice and strengthen national industry. During his first full year in office, Magufuli sued Canadian-owned Barrick Gold Corporation for $190 billion in retrospective taxes on alleged undeclared gold exports, later reaching a $300 million settlement. He also introduced new legislation demanding the Tanzanian government own at least 16 percent stake in all foreign mining projects. In a recent grab at power, Magufuli announced a decision to move the government’s investment portfolio to his executive office, where he will be able to closely monitor ongoing investment deals. He also barred regional businesses from accessing the Tanzanian market, placing bans on dairy firms and tightening restrictions on Kenyan imports of unprocessed goods.

In addition to attacks on the political opposition, civil society, and regional and international businesses, Magufuli has waged a war on statistics, thereby undercutting the legitimacy of “official” data published by the government and government-run news outlets. During his first term, Magufuli passed several laws that impede information sharing, such as the Access to Information Act, which imposes prison terms on officials who improperly release state data. Independent collection of data remains severely hampered by administrative and extralegal action by authorities—casting doubt on the verity of the government’s economic growth statistics.

Magufuli probably calculates that his authoritarian approach is critical for implementing his economic agenda and is unlikely to veer from this course in the second term. It is an unfinished project, and the president only seems more confident that suffocating democracy and human rights is the best medicine to achieve growth and development. Magufuli, who subscribes to his own homegrown “Tanzania first” philosophy, believes that Tanzania has been cheated out of profit and wealth by exploitative mabeberu (“imperialists”) since independence. He argues that Tanzania must renegotiate and redefine its external political and economic ties while reducing dependence on foreign economies. He has an unshakable conviction that the key to economic independence is industrialization and domestic production, leading him to prioritize the country’s national airline, railways, factories, and hydropower projects.

It is an unfinished project, and the president only seems more confident that suffocating democracy and human rights is the best medicine to achieve growth and development.

To secure populist support, Magufuli has fashioned his agenda as a continuation of the socialist vision of Tanzania’s first president, Mwalimu Julius Nyerere, who advocated self-reliance, an intolerance to corruption, and a strong nationalist character. But Magufuli breaks from Nyerere by embracing a toxic blend of capitalism, secrecy, and dismissal of science, as evidenced by his appalling response to the Covid-19 pandemic; Magufuli has maintained that God is protecting Tanzania from Covid-19 and recently raised doubts over Western-produced vaccines. In addition, Magufuli has rebuffed criticism and opposition at all costs—whereas Nyerere grew increasingly comfortable with ideological challengers toward the end of his presidency. It was Nyerere himself who placed limits on presidential power. Meanwhile, there is a possibility that Magufuli and his supporters could amend the constitution to abolish presidential term limits, as recommended by the speaker of the National Assembly during Magufuli’s first term.

The bottom line? In Magufuli’s cost-benefit analysis, a stifled democracy is a small price to pay for successful implementation of his economic agenda.

Dim Prospects for a Counterstrike

Severe government suppression has left the political opposition, civil society, and media weakened, undercutting an effective domestic countermove to Magufuli’s rule. The political opposition won only 2 of 264 directly elected parliamentary seats in the October 2020 election, down from 75 seats in 2015. Authorities detained and interrogated Lissu in the days after the election, prompting him to seek refuge at the German Embassy before escaping to Belgium in the interest of his safety. Lissu called for demonstrations in Tanzania’s streets following the vote, and told The Africa Report in January that “the only way that we’re going to build a democracy in Tanzania is through mass action.” But protests failed to materialize. Security forces have kept the streets empty by threatening would-be protesters with violence, including through warnings to beat them “like stray dogs.”

Magufuli’s nationalist economic policies have cowed the private sector and predictably led to deflated foreign direct investment (FDI) levels compared to those under his predecessor Jakaya Kikwete. Since entering office in 2015, Magufuli has effectively halved Tanzania’s FDI: while it reached $2 billion in 2013–2014, it hovered around $1 billion throughout Magufuli’s first term. The U.S. Department of State warned that although Tanzanian officials openly welcome investment, “in practice, [Tanzanian] government policies and actions do not effectively keep and attract investment.”

While members of the international community have denounced Magufuli’s democratic backpedaling, their protestations have had little effect. Canada, the European Union, and even the United Nations condemned the violence, fraud, and intimidation before and during Tanzania’s October 2020 elections, but stopped short of rejecting the results. The U.S. Embassy in Dar es Salaam released a tepid condemnation of the vote, and U.S. Ambassador to Tanzania Donald Wright called on Magufuli to “investigate election irregularities”—presumably aware that he was calling on the perpetrator to investigate his own crimes.

In contrast, China has bucked up Magufuli’s administration and presumably will enable the president to continue his deleterious policies. The Chinese Ministry of Foreign Affairs released an official statement in the weeks following Magufuli’s reelection emphasizing China’s intention to deepen collaboration during the 2021 Forum on China-Africa Cooperation (FOCAC) in Beijing. During his recent trip to Tanzania, Foreign Minister Wang Yi and Magufuli discussed cooperation on the Belt and Road Initiative (BRI), intentions to expand the import of Tanzanian goods to China, and plans to “jointly endorse multilateralism [and] oppose foreign interference.”

Toward a Dark Future

Magufuli’s restrictive policies will lead to severe domestic and regional consequences during his second term and beyond. Domestically, opposition parties probably will remain unsuccessful in their bids for influence, notably in local elections for municipal positions and parliamentary seats. Civil society will face difficulties in promoting increased transparency, and media outlets hoping to release information that challenges the ruling party’s narrative will have little room to maneuver. Foreign firms will be increasingly intimidated by Tanzania’s poor enabling environment and may decide to take their business elsewhere.

Regionally, Magufuli will be more focused on suppressing dissent at home than prioritizing diplomatic efforts across East African Community (EAC) and Southern African Development Community (SADC) states. He will likely butt heads with regional leaders over coronavirus policies, especially after dismissing the efficacy of Western Covid-19 vaccines in late January. As Kenya, Rwanda, Uganda, and others in the region edge toward herd immunity through vaccine procurement and distribution, these governments may bar travelers from Tanzania, whose population will remain largely unvaccinated. Regional powers will also grow increasingly frustrated with Magufuli over tough trade regulations and may press him to ratify the African Continental Free Trade Area (AfCTA) agreement. But even if Magufuli ratifies the agreement, it may be more of a symbolic measure than real policy shift—and Magufuli’s administration is likely to fall short in effectively adhering to and implementing the agreement’s requirements.

Surviving the Next Five (or More) Years

Magufuli—for however long he is in power—will test the democratic integrity of Tanzania’s institutions, the strength of its private sector, and relationships with its external partners. Still, even under an increasingly authoritarian president, Tanzania’s civil society and businesses can persevere and reassert influence through links with regional counterparts. The Biden administration also has a chance to reshape its policy toward Magufuli’s Tanzania—opting for tougher punitive measures and closer engagement with civil society to curb Magufuli’s worst instincts. Below are opportunities for engagement and influence by domestic, regional, and international stakeholders.

Marielle Harris is a research associate with the Africa Program at the Center for Strategic and International Studies in Washington, D.C. 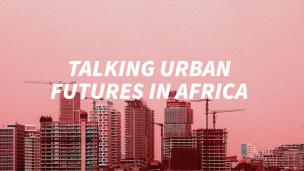 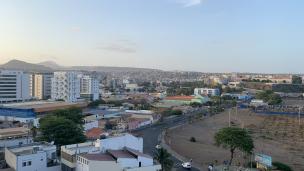 Digital Africa: Leveling Up through Governance and Trade
By Marielle Harris
June 9, 2021
View all content by this expert