U.S. Policy on Remittances to Cuba: What Are Some Viable Options?

As a political and humanitarian crisis continues to unfold in Cuba, the United States’ policy on Cuban-bound remittances is once again brought to heated debate. The economic embargo on Cuba, albeit conducive to regime change as per traditional assessment, can lead to profound humanitarian consequences, as it cuts off the financial lifeline of many Cuban households. It is therefore both useful and imperative to evaluate U.S. policy on remittances to Cuba and explore potential solutions.

Q1: What are remittances and what is their impact on development?

A1: Remittances are when migrants living abroad send money or goods back home to relatives or friends. These transfers help families buy essential goods and services, such as food and medicine. For better-off households, these transfers may be used to finance small businesses and entrepreneurial activities. They also help pay for imports and external debt service and, in some cases, have been used by countries, such as Israel and India, as collateral to issue bonds (known as “diaspora bonds”) and other types of financing. Studies conducted by the World Bank have found that remittances have reduced the share of impoverished individuals in the population.

Q2: What is the size of remittance flows?

A2: Although it is hard to estimate the true value of remittances since these transfers often occur via informal channels, global remittances have been on a steady rise over the last two decades, and provide a more stable flow of funds than foreign direct investment (FDI). They also tend to be countercyclical, rising in levels during times of crisis.

In 2019, remittances peaked at $719 billion and, despite the Covid-19 pandemic, remained high in 2020 at $702 billion, with $540 billion going to low- and middle-income countries. In 2020, countries whose receival of remittances had the highest impact on their GDP included Tajikistan (36.3 percent), Nepal (30.1 percent), and Kyrgyzstan (28.9 percent). In Latin America and the Caribbean, Haiti remains the top recipient, with remittances representing 22.9 percent of its GDP.

For many developing countries, remittances today represent the largest source of external finance. In 2020, they stood at $702 billion, while foreign aid reached $161 billion and FDI reached $859 billion. Remittances are especially important for poorer countries, as they can represent over a third of the GDP. They also contribute to resilience—that is, the household’s capability to avoid, withstand, and recover quickly from a financial shock—in times of economic or humanitarian crisis.

Q3: How and how much does Cuba receive in remittances?

A3: More than 90 percent of the Cuban remittance-sending diaspora is settled in the United States. By 2019, there were over 1.3 million Cuban-born persons living in the United States, making Cubans and Cuban Americans the third-largest diaspora from the Americas—surpassed only by Mexico and El Salvador.

There are two ways that Cuban migrants send remittances back home: by hand-carrying cash (the “informal” way) and by using payment service providers (the “formal” way). Hand-carrying is done by either the senders themselves or money mules, which make up 45 percent of remittances sent. The rest is left to payment service providers—most notably Western Union—that wire money to recipients in partnership with Cuban state-sanctioned institutions.

Remittances constitute a substantial part of Cuba’s gross national income. Cuba does not publish figures on remittances and is not a member of international financial institutions such as the World Bank, International Monetary Fund, and Inter-American Development Bank, which provide credible statistics. There are estimates produced by research groups, but these vary significantly. For example, Manuel Orozco of the Inter-American Dialogue reported $1.53 billion in remittances in 2019, while the Havana Consulting Group reported $3.72 billion.

Despite these disparities, remittances constitute Cuba’s third-largest source of dollar reserve after the service and tourism industries. To put it in perspective, Cuba’s GDP was $103 billion in 2019, with net official development assistance inflow of $499 million and remittances of $2–‍$3 billion annually. In comparison, throughout 2019, Haiti received $3.3 billion in remittances, Honduras $5.4 billion, El Salvador $5.6 billion, Guatemala $10.6 billion, and Mexico $39 billion.

It should be noted that analyzing the contribution of remittances to Cuba’s GDP is limited given that only some components of Cuban GDP are expressed in purely dollar amounts, with an exchange rate of USD 1 = CUP 1, whereas all other components are handled at the official exchange rate established by the Central Bank of Cuba, USD 1 = CUP 24. Therefore, if the latter exchange rate is used, Cuban GDP is calculated at about $20.5 billion rather than $103 billion. Of this $20.5 billion, $6.6 billion corresponds to remittances (in cash and in merchandise), $6.4 billion corresponds to the salary of medical personnel hired abroad, and $7.5 billion corresponds to the rest of the economy (including tourism and the rest of the exportable items).

Q4: What is the impact of remittances on Cuba?

A4: Remittances play an important role in Cubans’ well-being—even more so in times of crisis. Over two-thirds of all Cubans on the island receive and rely on assistance from families abroad. Entities that receive remittances include Cuban households, religious organizations, U.S. students in Cuba, and independent nongovernmental organizations and certain individuals such as rights groups and activists. Remittances are essential for Cubans to purchase basic necessities or pay rent. They even serve as working capital for private entrepreneurs to cover business expenses. Without remittances, Cuban businesses lose clients able to purchase their goods or services.

In order for remittances to be sent from the United States to Cuba, Western Union partnered with Financiera Cimex (Fincimex), Cuba’s largest commercial conglomerate. Fincimex was owned by Grupo de Administración Empresarial S.A. (GAESA), which is led by the Revolutionary Armed Forces. The military holding company GAESA controls a significant share of the Cuban economy, spanning from hotels, car rental companies, and gas stations, to almost all retail chains on the island. As a result, research shows that for every $1 of remittances sent via Western Union and later spent in GAESA shops, the military gains 74 cents, 61 cents of which comes directly from store sales.

Although a substantial amount of remittances flow into the country each year, this money often fails to reach its intended recipients and is instead diverted by the government and the military. Instead of hard cash, citizens are given electronic dollars, which can only be used at government-owned (GAESA) stores with exorbitant prices. Therefore, remittances need to reach Cubans in the form of actual dollars, such as through innovative financial technology (fintech) companies and digital wallet applications. As of 2019, about 6 million Cubans (or 53.3 percent) had cellphone subscriptions, so a digital wallet may be a viable option to combat the issue of remittance theft. The Biden-Harris administration can play an important role in setting the stage for the success of fintech companies, helping Cuban citizens regain control over their remittances. Cryptocurrencies may also be a potential option, though the emerging nature of such technology means the public may be unfamiliar with and unable to use them.

Q5: What is the U.S. policy on remittances to Cuba?

Q6: What are the implications of maintaining this policy? What are other options to consider?

A6: During his presidential campaign, then-candidate Biden promised to reverse Trump’s Cuba policy, but presently the Biden-Harris administration has not implemented any policy so far. The interagency review of the Trump-era Cuba policy coordinated by the White House National Safety Council is still in progress. The anti-government protests that started in Cuba in July 2021, however, further complicated the matter by leading the Biden administration to impose new sanctions on the regime.

Against the ongoing protests, current policy enacts a massive toll on many Cuban families’ survival. The reduction in income also impacts the activities and functioning of civil society organizations such as rights groups. Restrictions on remittances are part of the U.S. embargo, which has cost Cuba more than $130 billion over six decades. Additionally, corruption and economic mismanagement by the Cuban government, along with adherence to a restrictive economic framework, have kept finances out of the hands of Cuban citizens and funneled them to the government and the military, leading to underfunded social and development programs. However, Cuba is still listed in the “high human development” category of the Human Development Index, as it offers free high-quality education and healthcare and boasts robust inclusion and participation of women.

The current administration must first decide whether to accept the role of the Cuban military, while the Cuban government decides whether to maintain the role of the Cuban military. Ultimately, channeling remittances directly to Cubans rather than through military-controlled companies may be essential to ensuring that remittances reach their intended recipients. Some alternatives that the Biden-Harris administration could consider include: 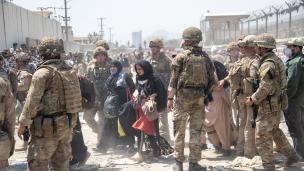 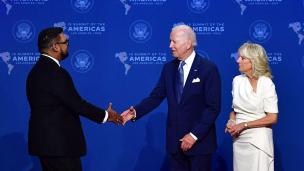