What Is the U.S. Trade and Development Agency?

The U.S. Trade and Development Agency (USTDA) is a small independent federal agency whose mission is to help American “companies create U.S. jobs through the export of U.S. goods and services for priority development projects in emerging economies.” USTDA links American businesses to export opportunities in emerging markets by funding activities such as project preparation and partnership building in sectors including transportation, energy, and telecommunications. Since it was established 25 years ago, the agency has generated a total of $61 billion in U.S. exports and supported over 500,000 American jobs. In connecting American business to such opportunities, USTDA also links American technology’s best practices and ingenuity with U.S. trade and development policy priorities.

USTDA is an instrument to enable American-led infrastructure development in emerging economies and, therefore, frequently sees increasing competition from government-backed Chinese firms and the challenge they can pose to American commercial engagement under the flag of One Belt, One Road (OBOR). OBOR is paving the way for Chinese engineering, procurement, and construction companies to prepare and develop infrastructure projects in OBOR countries in a way that favors Chinese standards, thereby exerting significant pressure to select Chinese suppliers. This creates a potentially vicious cycle—the more China builds, the faster their standards become the international norm, and, ultimately, this cycle could foreclose export opportunities for U.S. businesses and harm American competitiveness in global infrastructure development. U.S. exporters are increasingly requesting USTDA intervention at the pivotal, early stages of a project’s development, to compete in markets, such as the OBOR countries, where they frequently face Chinese competition. Of note, 40 percent of USTDA’s activities in 2016 were in OBOR countries across South and Southeast Asia, Central Asia, the Middle East, and Africa.

Although there are other agencies that may seem to do work similar to USTDA, there are various aspects that make it a unique agency. This paper provides a brief description of USTDA, its origin and evolution, the impact on the U.S. economy and its proactive collaboration across U.S agencies. Finally, it offers a set of recommendations for USTDA on how to improve its operations and strengthen its role in the developing world.

Downloads
Download PDF file of "What Is the U.S. Trade and Development Agency?"
Written By 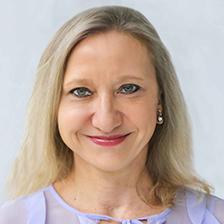