Who’s Running the Show in Zimbabwe?

President Emmerson Mnangagwa of Zimbabwe has named Constantino Chiwenga, the former top general who masterminded last November’s military intervention, as one of his two vice presidents. The appointment is a swift reward for Chiwenga’s loyalty to Mnangagwa, who replaced Robert Mugabe after a de facto military coup and was formally endorsed as the Zimbabwe African National Union-Patriotic Front (ZANU-PF) leader at a party congress in mid-December.

Despite the military’s formal return to the barracks and its tortured efforts to sell its intervention as falling short of a conventional coup d’état, the security forces are in the ascendency in post-Mugabe Zimbabwe.

President Mnangagwa pledged to chart a new direction in Zimbabwe’s politics, yet his cabinet picks in early December surprised and disappointed many. The cabinet has few new faces and includes a handful of corrupt ZANU-PF stalwarts with long ties to Mugabe. The inclusion of two military generals, including the army general who announced the de facto coup live on television, is particularly worrying. The 2013 constitution (section 208) bans military involvement in politics.

While Zimbabwe’s security forces have long been key players in the country’s politics, the de facto coup, Chiwenga’s elevation to vice president, and Mnangagwa’s cabinet and picks for top party positions suggest that the military might now be running the show.

How can Zimbabwe’s military genie be put back in the bottle? Much will depend upon the ability of external actors to incentivize a package of reforms, including provisions that ensure that the country’s security forces cease to be used for political purposes.

For over three decades, Mugabe’s power was underpinned by a civil-military alliance forged during the country’s liberation war from Rhodesia in the 1970s. This relationship— based on ideological and financial ties—served Mugabe well until November, when he finally overstepped and bit the hand that had kept him in power for so long.

By firing Mnangagwa, the military’s preferred candidate to succeed Mugabe, and paving the way for his inexperienced wife, Grace, to take over, Mugabe directly challenged the ZANU-PF-military coalition and threatened the old guards’ interests.

Emboldened by its successful intervention, and bolstered by prominent positions in the new cabinet, the military’s influence in Zimbabwe is likely to increase in the post-Mugabe era. With the military deeply involved in politics, Zimbabwe is highly unlikely to have free and fair elections scheduled for August or September.

Indeed, senior ZANU-PF official Josiah Hungwe stated that the military would play a major role in political campaigning. He said: “In the Bible, the kings ruled with the army on their side. When we campaign in 2018…we will move side by side with the military.” Other ZANU-PF officials have repeated this refrain and in mid-December, Mngangagwa appointed Major General Engelbert Rugeje as the ZANU-PF political commissar, a powerful party position that plays a leading role in campaigns and elections. The military’s direct involvement in political campaigns, while nothing new, is unconstitutional.

A host of pre-election reforms are needed to put Zimbabwe on a democratic trajectory. The United States, in tandem with regional and other external actors, should tie international reengagement to a battery of institutional, electoral, and security reforms that are necessary to hold free, free, and credible elections in 2018.

These should include the repeal of repressive laws and steps to ensure that the electoral commission is truly independent, the voter’s roll is clean, and regional and international election observers are welcomed to Zimbabwe early in the electoral process. Security reforms should also be instituted, including giving parliament more oversight powers and imposing a “cooling off” period of several years before military officials are allowed to enter politics after retirement. At the very least, the southern Africa region and the broader international community should demand that the military remains politically neutral and complies with the constitution by staying out of campaigns and other electoral processes.

While negotiating tough reforms and ensuring strict adherence to the 2013 constitution will be a delicate and difficult process, Mnangagwa may acquiesce if he believes it will buoy his long-term political interests. Mnangagwa has a well-earned reputation for ruthlessness after overseeing massacres in the 1980s and orchestrating election violence in 2008. But he is also known to be pragmatic and interested in international reengagement.

Mnangagwa is relatively untested as a national political candidate, and his electoral record to date is weak. He lost parliamentary elections in 2000 and 2005 to an opposition candidate. In 2014 he lacked support among ZANU-PF at the grassroots level, losing nine out of ten provincial elections when he contested the vice presidency with his former rival, Joice Mujuru (she was sacked later in 2014).

Mnangagwa’s chances in 2018 elections will be defined by his ability to turn around the collapsed economy and present the appearance of change in the post-Mugabe era. Reengagement with the international community will be critical to any recovery efforts, which gives external actors some leverage.

Moreover, while some citizens expressed support for the coup, recent polling shows that 69 percent of Zimbabweans are against military rule and 75 percent prefer democracy over any other form of government. This should also help push Mnangagwa’s hand.

Zimbabwe’s recent history of toxic relations with Western countries means the United States and other Western powers would be wise to tread carefully, but work in a coordinated fashion behind the scenes. The international community appears ready to reengage with a post-Mugabe Zimbabwe. This is a positive development, but international actors should only do so if Mnangagwa’s government enacts genuine democratic, security, and electoral reforms.

The international community should incentivize Mnangagwa by promising to help Zimbabwe’s recovery and lift sanctions on the condition that a package of reforms is implemented. They can help recovery in a number of important ways, including debt restructuring or forgiveness, encouraging investment in Zimbabwe’s once-booming economy, and asset recovery.

With the appointment of Chiwenga and other military men to political roles, the Zimbabwean military remains the elephant in the room. With a fresh taste of political power, it will prove difficult to put the military genie back in the bottle. But Zimbabwe’s laws, as well as regional and continental norms, prohibit outright military intervention in politics, and Zimbabweans overwhelmingly do not support military rule.

The international community can and should help Zimbabwe move toward a genuine democracy that reflects the will of the people. A free, fair, and credible election in 2018 is the first step in this process.

Alexander Noyes is a senior associate at the Center for Strategic and International Studies (CSIS) in Washington, D.C. You can follow him on Twitter at @AlexHNoyes. 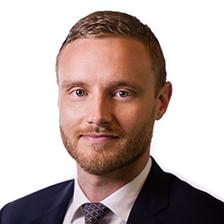 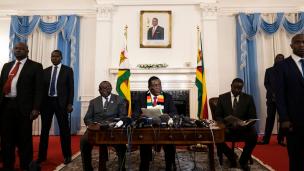 What’s Next for Zimbabwe?
By Alexander H. Noyes
August 7, 2018
View all content by this expert