Andreas Dracopoulos is co-president of the Stavros Niarchos Foundation (SNF), a private, international philanthropic organization that funds organizations and projects worldwide aiming to achieve a broad, lasting, and positive impact for society at large. The foundation has made more than 4,900 grants to nonprofit organizations around the world that exhibit strong leadership and sound management since its establishment in 1996 at the passing of Andreas’s great-uncle, Stavros Niarchos. Dedicated to the work of philanthropy in both his public and private life, Andreas is a trustee of the Rockefeller University in New York, Johns Hopkins University (JHU) in Baltimore, and the Center for Strategic and International Studies (CSIS) in Washington, D.C. In addition, he serves on the advisory board of the Berman Institute of Bioethics at JHU and is an honorary trustee of the New York Public Library (NYPL), where he served as a trustee from 2003 to 2010. From 2009 to 2018 he served as a member of the board of directors of the Peterson Institute for International Economics in Washington, D.C., and he served on the board of the Dalton School in New York from 2012 to 2018 and 2019 to 2020. He has also provided long-standing personal support to many projects, mainly in the areas of education, arts and culture, and medicine. Among these activities, he provided the founding grant to establish the Dracopoulos iDeas Lab at CSIS and supported the creation of the Dracopoulos-Bloomberg Bioethics iDeas Lab at JHU’s Berman Institute of Bioethics, where he also endowed the directorship. Through his personal grantmaking, he continues to support the important work of a variety of nonprofit organizations. He has been honored to receive a number of recognitions for his work. In 2018, H.E. the President of the Hellenic Republic awarded Andreas the rank of the Grand Cross of the Order of Honor. In 2016, the Republic of France awarded Andreas the rank of the Officer of the Legion of Honor. In 2012, the Hellenic Republic awarded him the rank of the Grand Commander of the Order of the Phoenix. In 2017, Andreas received humanitarian awards from the New York Stem Cell Foundation and the Fire Department of the City of New York Foundation (FDNY Foundation). The Child Mind Institute honored him in 2015 for his long-standing commitment and support in providing mental health resources for children. In the same year, Andreas received the Person of the Year award from the Hellenic-American Chamber of Commerce and was honored during the National Herald’s 100th anniversary celebration for his contributions to promoting and supporting Greek education. In 2012, the NYPL honored him for his personal contributions to the library’s educational programs. Andreas was born and raised in Athens, Greece, and graduated from Athens College. He received a Bachelor of Science in Economics from the Wharton School of Business at the University of Pennsylvania. He lives in New York City. 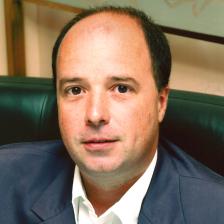