Andrew Taylor, who became involved in the automotive business nearly 50 years ago, currently serves as executive chairman of Enterprise Holdings Inc., the privately held business founded in 1957 by his father, Jack Taylor. Enterprise Holdings – which owns the Enterprise Rent-A-Car, Alamo Rent A Car and National Car Rental brands – operates, through an international network of regional subsidiaries and franchise locations, more than 9,000 fully staffed neighborhood and airport locations in more than 70 countries. Enterprise Holdings is the largest car rental company in the world, as measured by revenue, fleet and employees. In addition, Enterprise Holdings is the most comprehensive service provider and only investment grade company in the U.S. car rental industry. The company and its affiliate Enterprise Fleet Management together offer a total transportation solution, accounting for more than 1.7 million vehicles throughout the world. Combined, these businesses – which also include Car Sales, Truck Rental, CarShare, Rideshare vanpooling, Zimride, Exotic Car Collection and Motorcycle Rental – accounted for $19.4 billion in revenue in fiscal year 2015. The annual revenues of Enterprise Holdings, one of America’s largest private companies, and Enterprise Fleet Management rank near the top of the global travel industry, exceeding many airlines and most cruise lines, hotels, tour operators and online travel agencies. Taylor joined Enterprise at the age of 16 in one of the original St. Louis offices. He began his career by washing cars during summer and holiday vacations and learning the business from the ground up. After earning his Bachelor of Science degree in Business Administration from the University of Denver in 1970, Taylor opted to gain some initial experience outside of the family business and began working for RLM Leasing, a Ford Motor company affiliate in San Francisco. After three years at the company, Taylor returned to Enterprise, which, at the time, operated a fleet of only 5,000 cars. In 1976, he became the general manager of Enterprise Rent-A-Car’s St. Louis regional operations, and was promoted in 1980 to president and chief operating officer. Taylor became chief executive officer in 1991, chairman in 2001 and executive chairman in 2013. In 2009, Taylor was inducted into the U.S. Travel Hall of Leaders for his leadership role in challenging excise taxes that single out rental car customers to fund unrelated projects and programs in local communities. He is one of 90 travel industry professionals who have been inducted into the Travel Hall of Leaders since its inception in 1969. He also was inducted into the Business Travel Hall of Fame in 2014 for his leadership role and contributions to the business travel industry. Taylor transitioned to the position of executive chairman in June 2013. That same year, he was featured in the Harvard Business Review, which published a candid account of how Enterprise acquired and integrated the National Car Rental and Alamo Rent A Car brands. Outside of his professional duties with Enterprise Holdings, Taylor plays an active role in the community. He serves as trustee of Washington University in St. Louis; trustee for the Naval Aviation History Foundation; life trustee of the Missouri Botanical Garden, the oldest botanical garden in the U.S. and among the top three worldwide; and director of Commerce Bancshares. 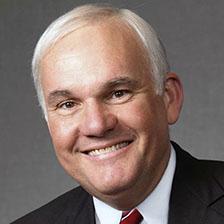 Most Recent From Andrew C. Taylor