Frances F. Townsend has served as the executive vice president for corporate affairs, corporate secretary, and chief compliance officer at Activision Blizzard since March 2021. In this role she oversees government affairs, public policy, and communications, among other corporate functions. Prior to joining Activision Blizzard, Fran served as vice chairman, general counsel, and chief administrative officer at MacAndrews & Forbes, Inc. Prior to that, she was a corporate partner with Baker Botts LLP. From 2004 to 2008, Fran served as the assistant for homeland security and counterterrorism to President George W. Bush, chairing the Homeland Security Council during a pivotal period for the United States. Fran is on several nonprofit boards including the Atlantic Council, the Center for Strategic and International Studies, and the Council on Foreign Relations (CFR). She also is the cochair of the CFR-sponsored Independent Task Force on Preparing for the Next Pandemic. 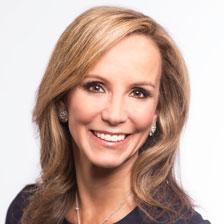 Most Recent From Frances F. Townsend 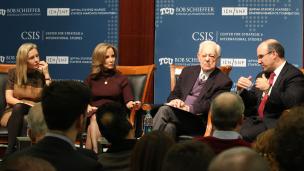 Schieffer Series: A Discussion on Terrorism
January 29, 2016
View all content by this expert