Jayant Krishna is currently the CEO of the Foundation for Advancing Science and Technology (FAST India), an organization dedicated to enabling transformation in India’s science and technology landscape. He was previously group CEO of the UK India Business Council (UKIBC) and led in strengthening bilateral economic ties between the United Kingdom and India. He is also a non-resident senior fellow with the Center for Strategic and International Studies in Washington, D.C., and between May 2019 and July 2020 served as executive director of public policy at the Wadhwani Foundation, a U.S. nonprofit. Mr. Krishna previously led key initiatives of the prime minister’s Skill India Mission as CEO and as executive director and chief operating officer of the National Skill Development Corporation (NSDC). He previously worked for the Tata Group, India’s largest conglomerate. At Tata Consultancy Services (TCS), he served as director of life sciences and healthcare, regional director for the United Kingdom and Ireland, delivery center head, and global relationship manager for one of TCS’s top five accounts worldwide. His portfolio included clients in North America, Europe, Africa, and the Asia Pacific. At a division of Tata Sons, he executed management consulting interventions funded by the World Bank, UN agencies, governments, and various corporations. Mr. Krishna championed Indian apprenticeship reforms, leading to the Apprentices (Amendment) Act of 2014. He served as chairman of the government of India's Special Taskforce on Apprenticeship Rationalization. He contributed to some key economic reforms in India and served on various government committees. He served as India's official delegate to WorldSkills, as well as on the India-EU Skills Steering Committee and the National Skill Development Agency’s governing body. He has served as chairman of the Confederation of Indian Industry’s (CII) India@75 Taskforce on Skills and Entrepreneurship and led CII’s Taskforce on Apprenticeship Reforms. He also co-convened the Employability Taskforce of the Planning Commission and contributed to the National Skills Qualifications Framework’s evolution. A British Chevening scholar, he was a recipient of the A.P.J. Abdul Kalam Award for Innovation in Governance. A fellow of the All India Management Association and the Computer Society of India, he taught at the Indian Institute of Technology Kanpur and is on the board of directors of a few companies in India. 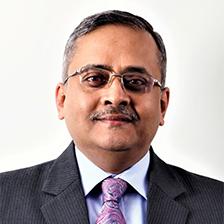 Most Recent From Jayant Krishna 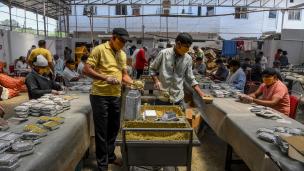 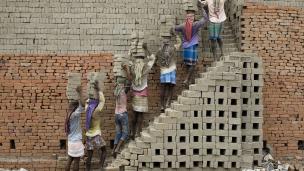