Karl-Theodor zu Guttenberg served as German federal minister of defense from 2009 to 2011 and as federal minister of economics and technology from February 2009 to October 2009. As minister of defense, he led the most significant structural reform of the German armed forces since the Bundeswehr’s founding in 1955. In particular, he spearheaded the effort of transforming the Bundeswehr from a conscription-based army to an all-professional military. Mr. zu Guttenberg served as a Christian Social Union (CSU) member of the German Parliament or Bundestag from 2002 to 2011 and as spokesman of the Christian Democratic Union (CDU)/CSU Parliamentary Group on the Bundestag’s Foreign Affairs Committee from 2002 to 2008. He was a member of the Parliamentary Assembly of the Council of Europe and the Western European Union (2002–2005). He also briefly served as secretary-general of Germany’s co-governing CSU party (2008–2009) before being appointed to Chancellor Angela Merkel’s cabinet in early 2009.

As a distinguished statesman at the Center for Strategic and International Studies (CSIS) in Washington, D.C., Baron zu Guttenberg led a high-level transatlantic dialogue initiative focused on global trends and current political, economic, financial, and technology issues. He was a member of the CSIS Commission on Countering Violent Extremism and contributes frequently to CSIS panels, meetings of the board of trustees and advisory board. He has served as senior adviser to the European Commission’s “No Disconnect Strategy,” providing strategic counsel on how to give ongoing support to internet users, bloggers, and cyber activists living under authoritarian regimes. Mr. zu Guttenberg is chairman of Spitzberg Partners, an investment and advisory firm headquartered in New York. He also advises companies and governments around the globe on economic, European, and international security issues.

He sits on several corporate and not-for-profit boards as well as advisory boards, including Edelman, BDT Capital, Barrick Gold, Samsung, Ripple, the Institute for Strategic Dialogue, and Clocktower Technology Ventures. Mr. zu Guttenberg, who holds a law degree from the University of Bayreuth, was in the private sector (as managing director and member of different advisory boards) prior to entering German politics in 2002. He has authored numerous articles and op-eds on foreign, economic, and security policy published in both German and international media. 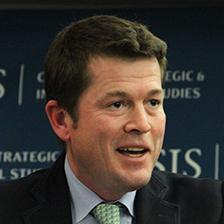 Most Recent From Karl-Theodor zu Guttenberg

Welcome to Realpolitik
December 4, 2015
In the News

The Other Transatlantic Partnership
April 24, 2014
In the News 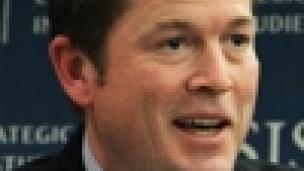 Beyond Lecturing Berlin
November 26, 2013
In the News

Guttenberg on GPS: Everyone Spies
November 3, 2013
In the News

Syria Tests Germany’s Culture of Reluctance
August 30, 2013
In the News

Trans-Atlantic Trade and Its Discontents
June 19, 2013
In the News

Germany Must Have Israel's Back
April 2, 2013
View all content by this expert