Mr. Othman Benjelloun is president and CEO of BMCE Bank (Moroccan Bank for External Trade), since its privatization in June 1995. He is also president of FINANCE.COM Holding, the entity that oversees four bodies: the Banking and Related-Professions Division, of which BMCE Bank is the pivot; the Insurance Division - RMA, Al Wataniya – Morocco’s leader in this sector; the Industrial Division; and the Telecommunications, Media and IT Division. Mr. Othman Benjelloun heads the Professional Association of Moroccan Banks. He is also a member of the International Councillors, headed by Dr. Henry Kissinger, at the Center for Strategic International Studies (CSIS, Washington, D.C.), an international geopolitics center. Mr. Othman Benjelloun was Chancellor, from 1998 to January 2004, of Al Akhawayn University in Ifrane, appointed by His Late Majesty the King Hassan II. In the field of Corporate Social Responsibility, Mr. Benjelloun has charged the BMCE Bank Foundation, which he created in 1995, with two main priorities; the promotion of education in rural areas, through the implementation of the Medersat.com Program, and environmental protection. Mr. Benjelloun was awarded the title Officier de l’Ordre de Trône du Royame du Maroc, Commander of the Swedish Royal Order of the Polar Star, and decorated with the Medal of Commander of the National Order of the Lion of the Senegalese Republic. 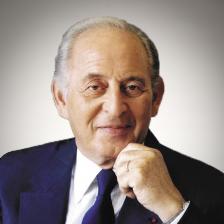