William M. Daley is vice chairman of public affairs for Wells Fargo and a member of the company's operating committee. He joined Wells Fargo in 2019, leading the public affairs organization, which includes communications, brand management, government relations and public policy, social impact, sustainability, and strategy and transformation. Throughout his career, William has held numerous roles in both public service and finance. A lawyer by profession, he served as White House chief of staff to President Barack Obama. Prior to this role, he served as U.S. secretary of commerce in the Clinton administration, and in 2000, ran then-vice president Al Gore's presidential campaign. In the private sector, William served as vice chairman at JPMorgan Chase and later at BNY Mellon. He previously served as president of SBC Communications and president and chief operating officer at Amalgamated Bank of Chicago. William formerly served on the board of directors of Boeing, Merck, and Abbott, among others. He is passionate about serving the community, and remains active with numerous academic, medical, charitable, and civic organizations. He currently serves as a board member of the Center for Strategic and International Studies, the Chicago Council on Global Affairs, and other organizations. He is a graduate of Loyola University and earned a JD from the John Marshall Law School. 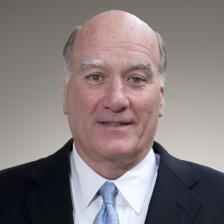