“The best way to end corruption is to first examine its underlying causes.” - from the 2009 Grawemeyer award citation for Michael Johnston

The objective of the Hills program is to identify serious governance problems, develop a better understanding of the corrupting influences that create such problems, and organize efforts to reduce those influences. The program operates out of 7 Centers at academic institutions in Asia, Latin America and Africa as well at CSIS in Washington DC. For more information see the Objectives of the Program on Governance.

The Hills Program on Governance mourns the loss of Roderick M. Hills, its founder and chairman.  Rod and Carla Hills founded the program in 2003 to address the corrosive effects of poor governance, especially corruption, and to do so within the United States and on a global basis. Please see Remembering Roderick M. Hills.

On October 5, 2011, the Hills Program sponsored a book launch of Political and Social Foundations for Reform: Anti-Corruption Strategies for the Philippines by Colgate University Professor Michael Johnston.

On April 5-6 2011, the Washington Center co-sponsored (with the Starr Foundation and the Wharton School of Business) a workshop, including a report, on the Governance of Climate Change: Prospects for a Regional Initiative.

On March 31, 2010 Washington Center together with The American Assembly and The Institute of International Finance co-sponsored a panel discussion on the Governance of Financial Institutions and released a report. Former Federal Reserve Board Chairman, Paul Volcker, provided the keynote speech for the panel discussion. 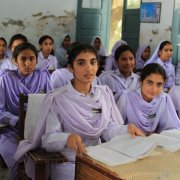 Lee Kuan Yew’s Enigma: Authoritarian Yet a Kind of Democrat 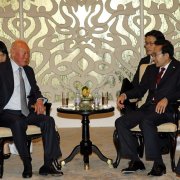 Afghanistan after the Drawdown

Three primary factors will define post-2014 Afghanistan: security, governance, and the economy. Security is uncertain at best, notwithstanding the optimistic public projections of the U.S. military leaders.