Malaysia’s confirmed Covid-19 cases are rising rapidly and lead the region in terms of reported cases. Following initial nonchalance in responding to the outbreak, complicated by an abrupt change in government, Malaysia closed its borders and shut down non-essential businesses, schools, and religious services in mid-March and is using the armed forces to enforce a partial lockdown while it ramps up testing and contract tracing.

The Philippines’ confirmed cases are surging, now topping the region in terms of the number of new reported cases per day. Under President Rodrigo Duterte, the Philippine government has veered from dismissing the threat and abstaining from any restrictions on travel and tourism from China to an abrupt move by President Duterte to impose a lockdown on the entire island of Luzon, including Metro Manila, enforced by the military and the police. Duterte was granted “special temporary power” by Congress, which is allowing him to implement draconian measures that are creating extreme hardships, especially for Manila’s massive urban poor.

As Thailand returns slowly to a semblance of normalcy after five years of junta rule, Prime Minister Prayuth is now faced with a new crisis. Inconsistent policies over travel and quarantine, poor communication, and supply shortages have highlighted the government’s inability to promptly and adequately respond to the surge of Covid-19 cases and led to widespread criticism and frustration on social media in Thailand, which is turn has prompted Prayuth to clamp down on the press and social media reporting.

Indonesia’s confirmed Covid-19 cases are rising extremely rapidly, and it now tops the region in terms of deaths from the virus. Indonesia’s response has been slow and rather piecemeal, with announcements of lockdowns in Jakarta and other metropolitan areas, but inconsistent guidelines, the lack of enforcement for self-quarantines, and the weakness of the government’s communication strategy have meant that public awareness of social distancing remains a problem.

Singapore stands as a global leader in its early and aggressive response to Covid-19 and has managed to largely contain the virus through widespread testing; comprehensive contact tracing; and mandatory, well-enforced quarantines for those testing positive and their contacts, and all returning travelers. Singapore has also relied on its technical capabilities to develop test kits as early as January, which it is now distributing to countries in the region, and on its world-class health care system. Yet despite its early success in containing the virus, Singapore has seen a sharp spike in cases in recent days, leading the government to finally close schools and all non-essential businesses on April 3 for one month.

Despite limited resources and a bustling border with China, Vietnam has managed to contain the pandemic relatively well with its prompt and aggressive response, starting with early travel restrictions in late January and a local quarantine in mid-February. The Communist Party of Vietnam has shown its ability to mobilize society, enact aggressive containment and monitoring strategies, and communicate effectively with citizens, underpinned by its network of informants who surveil citizens and help enforce government restrictions.

The Sultanate has implemented drastic measures to clamp down on travel, impose strict quarantine rules, and conduct extensive testing. Most cases in Brunei can be linked back to a large-scale religious event in Malaysia at the end of February.

After downplaying the risks of the crisis and refusing to shut the country’s borders for several weeks, Prime Minister Hun Sen declared a state of emergency on March 31 and the put forward a draft emergency law that would give unfettered powers to his government, prompting an outcry from human rights groups. Hun Sen’s reluctance to act earlier likely stems from his desire to maintain a close relationship with China.

With its long, porous border with China, Myanmar’s paucity of Covid-19 cases, with the first cases only reported on March 23, likely results more from the lack of testing than the absence of the virus. Myanmar’s underdeveloped health care system and the lack of a strong response mounted by the government underscore Myanmar’s unpreparedness to cope with the pandemic.

Laos, the most rural country in Southeast Asia, was the last country in Southeast Asia to report Covid-19 infections. The country’s almost non-existent health care system and weak governance will be tested in the upcoming weeks as the number of cases increases, offset only in part by significant assistance it has received from China since early March.

While the Association of Southeast Asian Nations (ASEAN) has convened a series of meetings on how to deal with the pandemic, including with external partners such as the United States, China, and the European Union, there has been very little collective action to date. Diplomatically, the crisis has threatened ASEAN’s centrality in regional affairs, with the crisis causing the cancellation of several key ASEAN meetings, including the ASEAN-U.S. summit scheduled for March 14 in Las Vegas and the 36th ASEAN summit scheduled for April 6-9 in Vietnam, now rescheduled for late June. South Korea and ASEAN are currently exploring an ASEAN+3 virtual meeting for early April.

With Covid-19 largely contained domestically, the Chinese government has pivoted to providing assistance internationally, with Southeast Asian countries being a particular focus. Unlike in Europe, where China’s so-called “mask diplomacy” has generated criticism due to some faulty equipment and skepticism about China’s geopolitical intentions, China’s emergency medical assistance has been welcomed by the governments of several hard-hit countries in Southeast Asia. Chinese aid typically consists of shipments of surgical masks, test kits, and other medical equipment, as well as dispatching medical experts. Handovers of equipment typically take place with great fanfare. In addition to the Chinese government, foundations linked to billionaire Jack Ma and state-owned enterprises have also engaged in large donations of medical supplies.

Assistance to Southeast Asia to date has included the following:

State Councilor and Foreign Minister Wang Yi of China on March 18 spoke with Indonesian coordinating minister for maritime affairs and investment Luhut Pandjaitan and pledged that China “stands ready to do its utmost to help Indonesia as its close friend despite the pressure on China's own medical supplies.” On March 20, Indonesia sent a military aircraft to Shanghai to pick up 9 tons of medical supplies, including disposable and N-95 masks, PPE, goggles, and infrared thermometers. On March 27, a consortium of Chinese institutions and ministries sent 40 tons of Covid-19 test kits and other medical equipment and supplies to Indonesia. On April 4, President Xi Jinping committed to helping Indonesia fight the outbreak during a phone call with President Joko Widodo. During the phone call, President Xi reportedly said “we believe that with your perseverance, Indonesia will be able to defeat this [Covid-19] pandemic.”

On March 30, a team of Chinese medical experts gave medical supplies to the Lao government, including 2,016 testing kits, 5,000 sets of protective clothing, and 405,000 face masks.

On March 30, the Ministry of Health and Sports received over 2,000 test kits, 5,000 sets of PPE, 5,000 N95 masks, and 200,000 surgical masks. On April 8, a 12-person Chinese medical team arrived in Yangon for a 14-day visit. The team brought an unspecified amount of medical and laboratory equipment which will enable the National Health Laboratory to process up to 200 test kits a day.

Chinese non-government entities have also been active, most notably the Alibaba and Jack Ma foundations. On March 19, the two foundations announced they would send 2,000,000 masks, 150,000 test kits, 20,000 sets of PPE, and 20,000 face shields to Indonesia, Malaysia, the Philippines, Myanmar, and Thailand.

On April 7, Secretary of State Mike Pompeo announced an additional $225 million in assistance for responding to Covid-19, in addition to $274 million announced in late March. So far, $18.3 million in new funding will go to countries in Southeast Asia. However, unlike China’s “mask diplomacy,” Pompeo made clear that critical medical supplies, like protective gear, will not be part of this assistance since it is urgently needed within the United States as it mobilizes against the mounting outbreak at home. Instead, the funding will be used to train medical workers, boost screening capabilities, and bolster national health systems. When making these new pledges, the State Department has emphasized the United States’ long-standing global leadership on global health, with billions of dollars of assistance over the decades, including to Southeast Asia, far more than support from any other donor.

Singapore has been the one Southeast Asian country with excess capacity and ability to deliver aid to neighbors. “From a foreign policy point of view, we now have test kit diplomacy. What we need to do as a world is to share best practices, to rapidly develop test kits, vaccines, antivirals,” said Foreign Minister Vivian Balakrishnan on March 10.

Vietnam has extended aid to regional partners since early April after ramping up its domestic production of medical supplies. Aid, so far, has primarily been aimed at mainland Southeast Asia, with a particular focus on Vietnamese communities in neighboring countries.

Japan, traditionally a major donor in Southeast Asia, has been slower than China to respond to Covid-19 with new funding so far:

South Korea has begun to pivot toward international assistance with the Ministry of Foreign Affairs announcing on March 27 that the United States, the United Arab Emirates, and Indonesia were “on its priority list for exporting quarantine supplies, such as coronavirus test kits.” As of March 26, 47 countries have issued requests for the import of South Korean-made Covid-19 tests.

What We are Reading 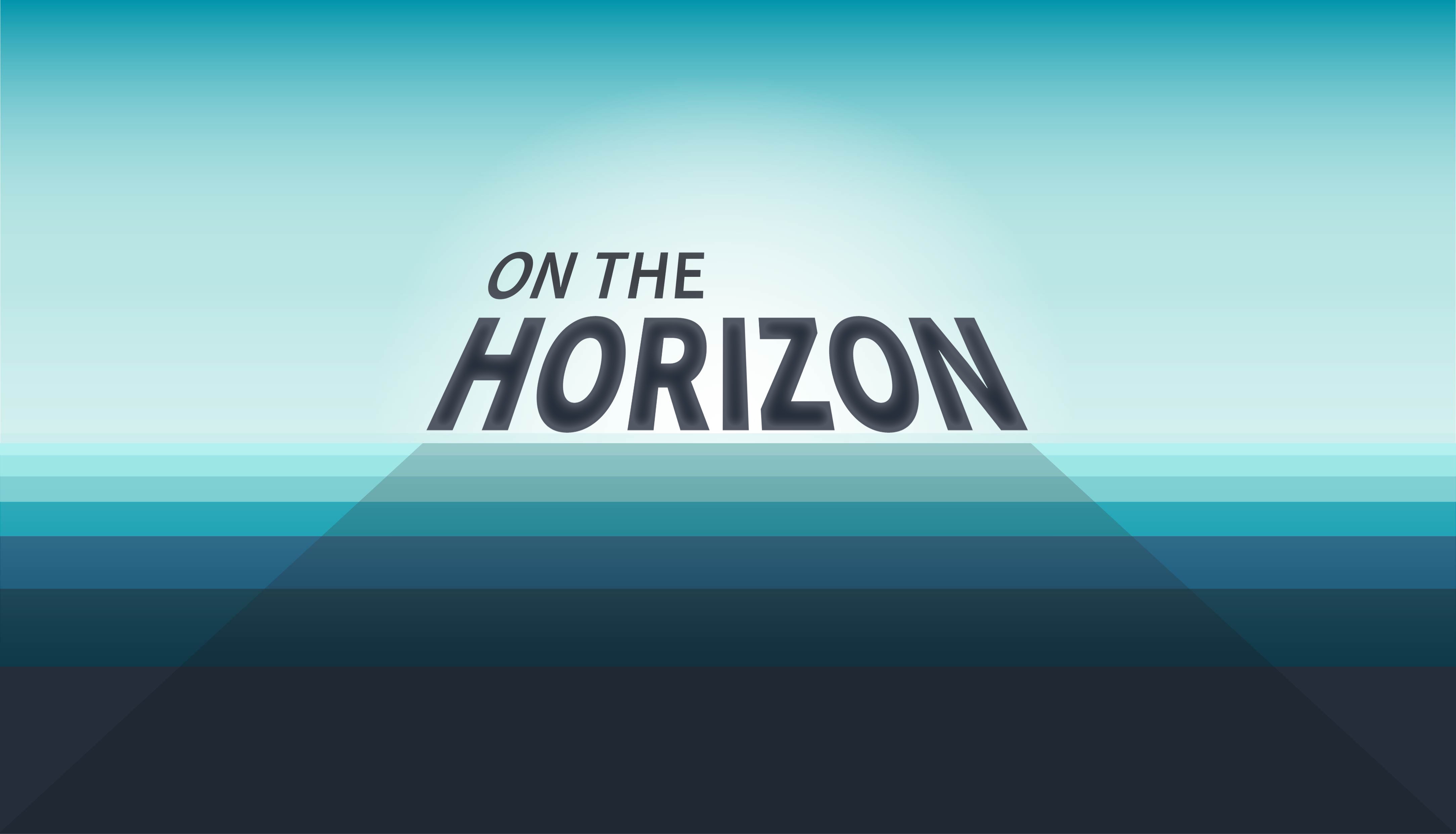 Ships move 90 percent of cargo. Fisheries employ 50 million people and feed over 1 billion. CSIS experts on ocean security and human rights explore how Covid-19 will shape the way the ocean connects and feeds the world—and affect the lives of the people who depend on it.

The CSIS Southeast Asia Program is committed to delivering timely and relevant analysis during the COVID-19 pandemic.