We are in the midst of a climate emergency. Furthermore, thanks to the pandemic-induced economic crisis, economists are predicting a “lost decade of development” for most developing nations. For a country like India, the path to economic recovery will be precarious with limited time to act. The country’s economic recovery will be impacted by limited capital expenditure, the need to create economic opportunity at an accelerated pace (for social stability), and the need to do so before the climate crisis hampers the country’s labor and agriculture productivity beyond repair, as recent analysis from McKinsey projects. While India’s recently released Budget 2021 and last year’s stimulus measures aren’t classified as entirely “green,” elements of India’s fiscal policies coupled with cooperation of states can be leveraged to ensure India’s continued economic growth also supports its ecological security. 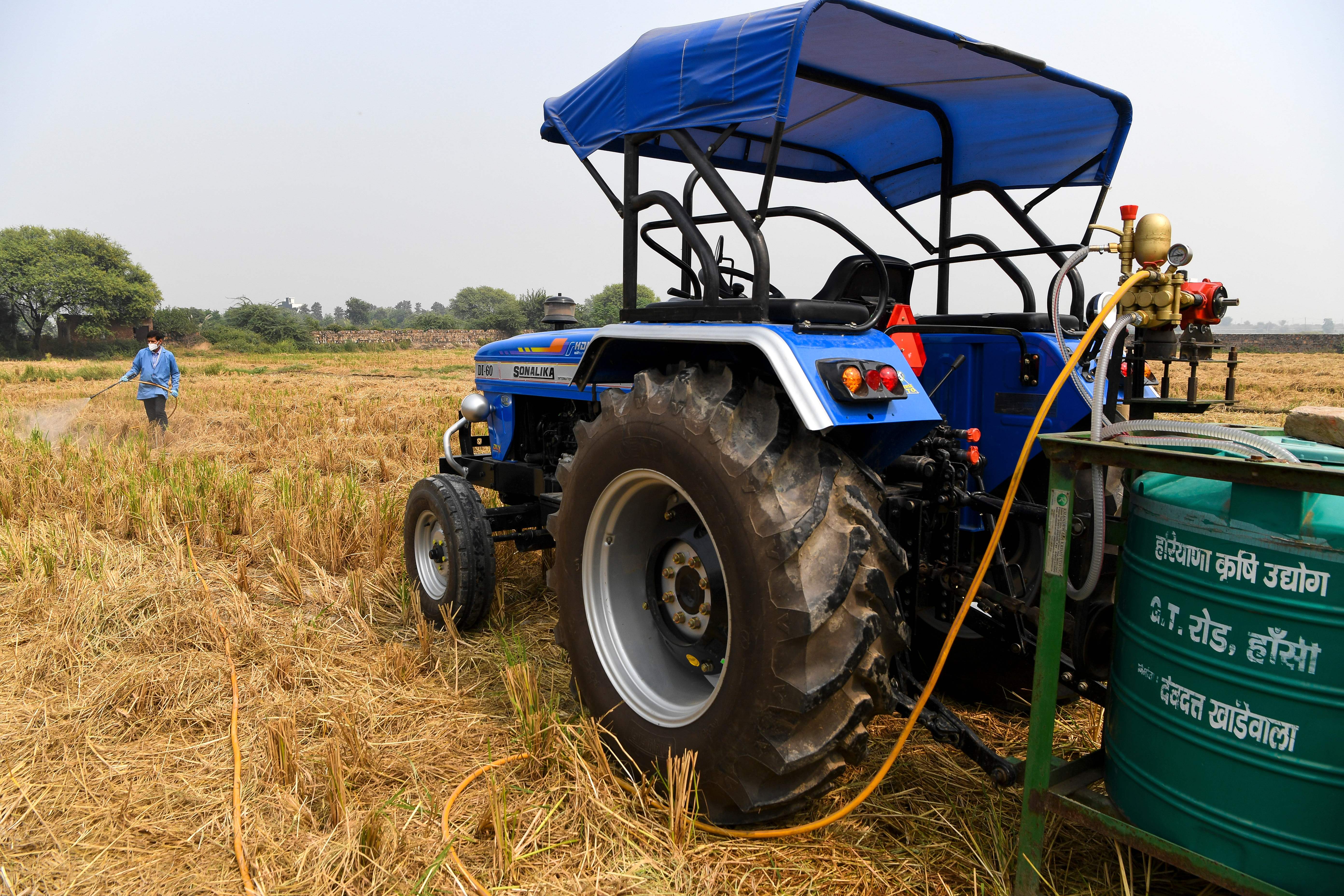 In the wake of the pandemic, the ensuing action plan enacted by the Indian central government followed the guiding principle of “Aatmanirbhar” (self-sufficiency) and relied on India’s demographics, which can drive considerable demand and aid in a speedy economic recovery. A large portion of this demand and growth can come from a renewed emphasis on India’s rural areas. While infrastructure projects are the most obvious ways to improve rural livelihoods, how they’re structured can ensure that impact on the rural environment is minimized. India’s latest budget includes a new Agriculture Infrastructure Development Cess (AIDC), a tax on various items, including imported coal, used to generate funds specifically for rural development. Here’s how it might be used:

Thanks to the 14th Finance Commission, India already has the world’s largest forest cover-linked fiscal transfer program in the world. The 15th Finance Commission recommended increasing this transfer from 7 percent to 10 percent. In addition, Indian states have access to funds through the Compensatory Afforestation Fund Management and Planning Authority (CAMPA), which generates revenue through a mandate requiring compensation for forest diversion for industrial activity. Current criticism of both initiatives includes that some of the funds are being used for non-afforestation purposes, and that the initiatives create a sense of alienation for tribal communities who feel they have no control over access to forest resources and livelihood opportunities. In addition, monoculture afforestation is sometimes favored over leveraging existing resources to create a more diverse forest ecosystem through afforestation practices.

Both initiatives can be better targeted to generate further livelihood improvement opportunities for communities living in and near forest areas while simultaneously addressing India’s biodiversity loss. Use of funds from these twin sources on the basis of improving the species richness (a measure of the number of different species in a defined region) of their forests will ensure that healthy ecosystems capable of sequestering more carbon are created. Furthermore, healthier forests can improve the likelihood of generating revenue through ecotourism, if some of the funds are also used to set up ecotourism infrastructure.

To achieve India’s power sector transformation goals of installing 450 gigawatts of renewable energy by 2030, India needs nearly $200 billion annually for generation infrastructure alone. The International Energy Agency goes further to say that over the next two decades, a whopping $1.4 trillion will be needed to achieve larger decarbonization goals that are inclusive of India’s transportation electrification ambitions. The report rightly points out that some of this requirement will be offset through “savings of the same magnitude on oil import bills.” Thankfully, India’s latest budget has many elements which will aid India’s power sector. In addition, finalization of some of the pending amendments to the Electricity Act can help improve the fiscal health and performance of India’s state-owned utilities, codify the use of India’s abundant renewable energy into law, and activate the use of competitive new business models for electricity distribution in the country.

With the economics of energy generation in India now favoring renewable sources over thermal power, foreign direct investment and private sector finance have helped grow India’s renewable energy portfolio. However, while the Indian public banking sector’s lending is hamstrung by billions in non-performing assets dominated by thermal power infrastructure, it continues to be the majority investor of the thermal power sector despite the systemic risks posed by the infrastructure on various other parts of India’s economy and environment. The ballooning of stressed assets has increased perceived risks by investors, increased the cost of capital for infrastructure projects at large, and prevented a steady flow of larger capital that could unlock India’s renewable energy-led power sector ambitions. Many steps must be taken to further unlock low-cost finance and decrease risk for investors, including turbocharging India’s use of green bonds. However, given the need to use limited Indian capital judiciously toward a green recovery rather than aid industries that will ultimately need to transition, one action alone could create the systemic change India’s finance sector needs to be aligned with climate risk and resilience frameworks moving forward.

The Reserve Bank of India (RBI) should join the international Network for Greening the Financial System (NGFS). This network is made up of over 80 central bank governors and supervisors from around the world, with the latest entrant being the U.S. Federal Reserve. What might seem like a small step could be a game changer for India’s banking sector. By being in the company of peer institutions, Indian financial regulators can design policies that incorporate environment and climate risk management in the country’s finance sector, steering limited public and private sector investments toward a green recovery.

With India’s financial sector becoming climate-aligned, the opportunities to steer investments toward critical manufacturing sectors for the green economy become easier. The government of India has already carved out production-linked incentives for key sectors, including solar and energy storage technologies along with electric vehicles. But with access to more climate-aligned finance available to support its own industries could come bolder ambitions, including a transition plan banning the sale of internal combustion engine-based automobiles in India. Giving Indian automakers an edge to transition now, as announcements from global automakers for transition of their business lines are made, could make India more competitive in the long run. There is a role here for private and state-owned Indian oil and gas majors who stand ready to exit the fossil fuel value chain or find other business verticals such as production of hydrogen. What better way to simultaneously usher in India’s offshore wind industry than by pairing it with co-located coastal hydrogen production facilities? India can also leverage the power of its other state-owned enterprises that are currently dependent on the fossil fuel value chain to provide financial incentives for them to make the transition, as demonstrated by the recent announcement from Coal India Limited indicating that it will start manufacturing components for the renewable energy industry. Getting these companies to transition their core business gradually will ensure that India’s energy transition is a just one that secures jobs and livelihoods in the process.

Ultimately, India wants strong industries in emerging sectors where it will spend considerable financial resources, such as solar technology deployment—industries that are able to maximize market share to meet domestic demand as well as compete in international markets. Thus, to ensure the competitiveness of Indian manufacturers and content providers, India’s commitment to implementing a climate-risk-aligned financial sector could be rewarded by key trading partners by allowing India the space to foster the growth of its home-grown industries through protective measures for certain green sectors for a period of time. Indian cement and steel producers too, who are some of the most energy efficient in the world, could forge special partnerships with foreign partners to produce decarbonized cement and steel if the government mandates the use of such materials in the massive infrastructure buildout it is planning on undertaking, thereby ensuring that this new infrastructure has the lowest emissions footprint possible.

India’s demographic advantage for creating knowledge capital is vast. Furthermore, India has demonstrated that it is able to lead in key sectors such as space research and exploration, pharmaceuticals, and even electric vehicles initially. To build the green economy of the post-Covid era, India will need to deepen its commitment to research and development in various sectors and open up the opportunity to do so in languages other than English. In addition, a new approach to skill development is needed for an inclusive transition, particularly for informal labor that is currently associated with flagging industries. The following recommendations leverage recently announced budget measures and older policies and suggest new initiatives to bolster and direct India’s human capital toward a green recovery. 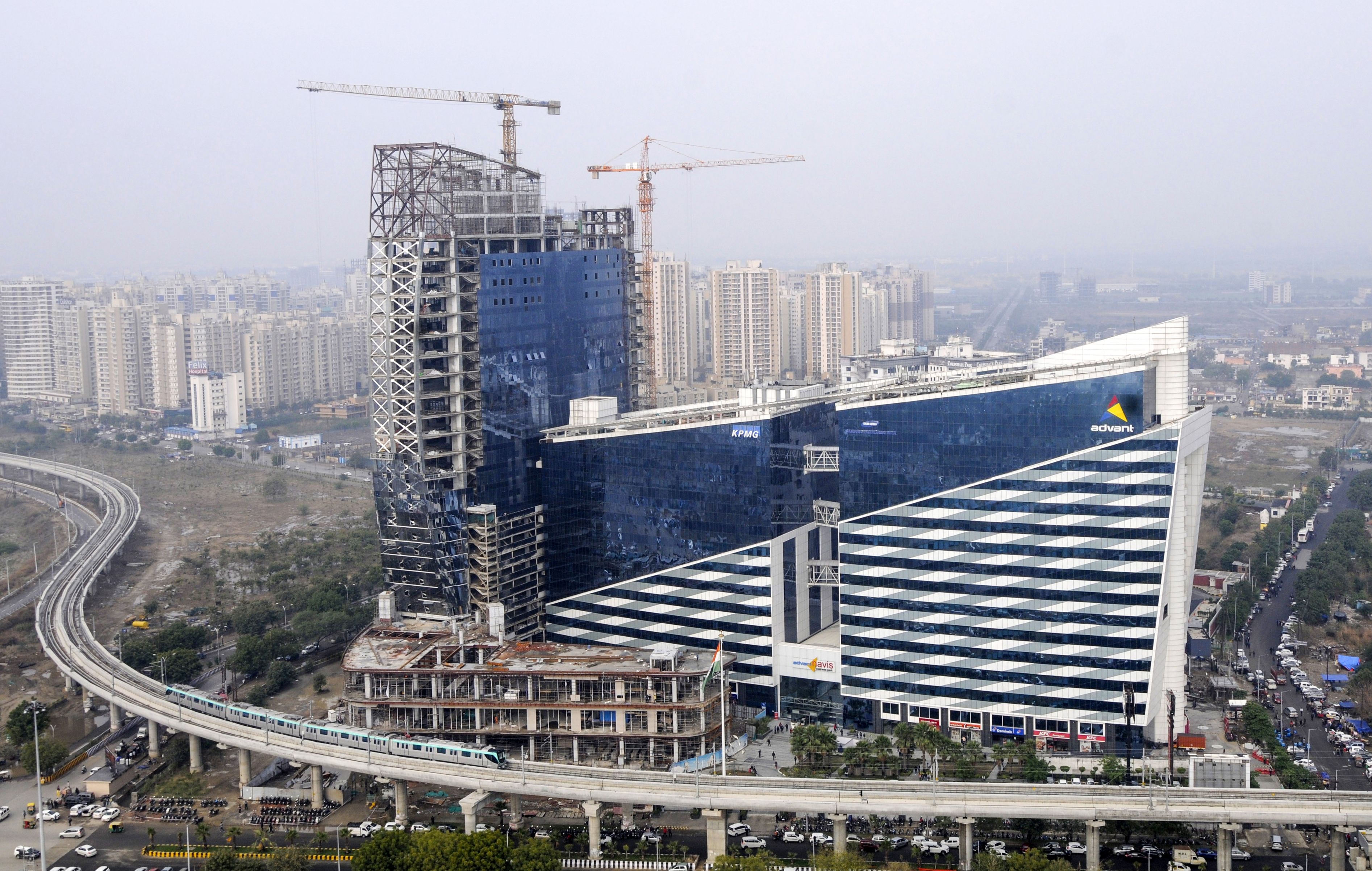 The post-Covid era requires every nation to judiciously use its limited resources to pivot rapidly toward a growth path that not only creates livelihood opportunities but does so keeping in mind that we must avoid triggering an even greater fallout from catastrophic climate change. India has much to lose from a changing climate and also much to gain in terms of social, economic, and ecological security from transitioning toward a climate resilient economy. The agenda charted out above is not comprehensive and does not touch on the many great initiatives already underway, particularly for renewing Indian cities. It is important to also note that some types of green recovery are harder to finance when operating in a weakened economy, so a lot depends on the Indian economy’s ability to rebound quickly. Finally, the term “building back” might not be entirely appropriate for India, as much of India still needs to be built to secure livelihoods and eradicate poverty in the country. However, this piece lays out some fundamental systemic areas which India needs to address, and some ways in which foreign allies might partner with the country, to safely and securely make the transition toward a post-Covid “better” India.

Kartikeya Singh is a non-resident fellow with the Energy Security and Climate Change Program and the Wadhwani Chair in U.S.-India Policy Studies at the Center for Strategic and International Studies in Washington, D.C.