Q1: What does it mean that OSD is a civilian organization?

A1: The secretary of defense’s staff plays an essential role in civilian control of the U.S. military. One of six senate-confirmed under secretaries in the Office of the Secretary of Defense (OSD), the USDP oversees five civilian assistant secretaries, who are also confirmed by the Senate, and who, in turn, manage 21 deputy assistant secretaries. Together, these civilian officials oversee everything from defense strategy to global military operations to what kind of military hardware the Department of Defense (DOD) should buy.

According to the official job description, the USDP is supposed to be “appointed from civilian life by the President.” This rule dates to when the modern DOD was designed after World War II. Having politically appointed civilians in charge helps ensure that people with experiences outside the military can monitor and shape DOD activities. These officials also ensure an administration’s policy priorities are aligned with the military’s purposes and limits, an effort that requires balancing among and against different service priorities.

This structure reflects core democratic principles. Presidents are elected and accountable to the American people, and their decisions are shaped by deliberations among the country’s many civic interest groups. Along with Congress, the executive branch has the final say over what the military does and how it is organized and resourced. OSD is the institutional infrastructure that allows that to happen.

Q2: Does the fact that OSD is a civilian organization mean that military officers can’t be in leadership positions there?

A2: Not at all. In fact, active-duty officers have served as principal directors and deputy assistant secretaries. However, positions that are political appointments by definition cannot be occupied by active-duty military personnel. And at the highest levels—like USDP, deputy secretary, and secretary of defense—the law stipulates that former military officers must be retired from active duty for a minimum of seven years before they may hold those positions.

Even so, political appointees at the Pentagon are most usually “drawn from civilian life” as Title 10 puts it. For example, no USDP has ever come from a career military background. Instead, the list of former USDPs includes lawyers, academics, foreign service officers, intelligence officers, and civilian defense experts.

A3: In important respects, retired officers are civilians. They have the same rights and obligations as other citizens and can take part in partisan politics. Retired officers also bring useful expertise and experience into government management roles, including leadership of large organizations and knowledge of the capabilities of the armed forces.

But in other ways, retired officers—especially the most senior officers—are different from civilians who have civilian professional backgrounds. This is partly due to the mindsets and experiences retired officers bring to the job of conducting oversight of the military. There is a debate about whether a meaningful difference exists between civilian and military preferences over policy issues. Yet, research has found a distinct effect of military experience on attitudes toward the use of force and on the role of congressional oversight. Doctoral research on the origins of civilian defense policy preferences found that retired officers often continued to advocate for service and other military institutional preferences in policy and budgeting processes.

Retired senior officers also remain linked to the military. They retain their commissions, and their obligations to show deference to the president and members of Congress. Equally important, they retain informal links to their service branch and to the men and women with whom they served. With a common language and history, retired military officers might unintentionally marginalize civilian outsiders. Numerous observers chronicled exactly this dynamic in the Pentagon under Secretary of Defense Jim Mattis, a recently retired Marine Corps general. For these reasons, the crafters of the National Security Act of 1947 first required a 10-year “cooling off” period for officers who were coming out of active duty, which was later revised down to seven years.

Although they pertain to specific individuals and jobs, the point of these laws and norms is to maintain an overall leadership balance in DOD that favors civilian control. But under the Trump administration, there have been persistent vacancies in civilian political jobs. As of this writing, every assistant secretary in the policy organization except one was in an “acting” or “performing the duties of” capacity. The USDP job itself was held by acting officials for the first two full years of the Trump administration. In other words, there’s already a lack of seasoned civilian appointees in OSD.

Q4: Do civilians add anything unique to the management of the Pentagon?

A4: Most people appointed to these civilian roles have had extensive experience in politics, government, or the private sector. Civilian political appointees often have ties among political parties at the federal, state, and local levels; political representatives and their staffs; nongovernmental and nonprofit organizations; and industry groups. They may have worked on legislation and campaigns and have experience forging compromises among competing interests.

Civilian officials are also apt to be attuned to domestic politics and, therefore, uniquely capable of understanding how to translate an administration’s political goals into military policy. Military officers, in contrast, are taught to distance themselves from the interests of domestic political and policy advocacy groups. A professional officer is non-partisan, and his/her experience with domestic politics is indirect at most.

Q5: What are the consequences?

A5: Having retired career officers in civilian posts is also occurring at a time when other factors are undercutting civilian control of the military. As documented in recent research, there has been a marked decline in the information available to the public about DOD activities in recent years. The public now knows less about what the military is doing, even while it lacks a robust civilian presence in DOD to represent its interests. In short, civilian oversight of the military has rarely been weaker. This is no time to crowd those with extensive civilian backgrounds out of civilian political appointments. 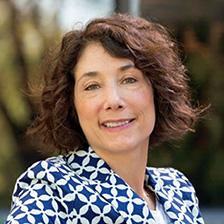 Most Recent From Risa Brooks

Would the U.S. Military Repress Protestors? Lessons from the Arab Spring
War on the Rocks | Risa Brooks, Sharan Grewal
June 10, 2020
In the News

Would the U.S. Military Repress Protesters? Lessons from the Arab Spring
War on the Rocks | Risa Brooks, Sharan Grewal
June 10, 2020
In the News

Congress controls the military, too - Gen. Milley should testify
The Hill | Risa Brooks, Jim Golby
June 8, 2020
In the News