On September 18, the Troika—the three ambassadors chairing the search for a new World Trade Organization (WTO) director-general—announced the five candidates they believe have the greatest chance of achieving consensus in the organization. In practical terms, that means the other three candidates were effectively thrown under the bus and are now expected to pull out of the race. The three who will not continue on are Tudor Ulianovschi of Moldova, Jesus Seade of Mexico, and Abdel-Hamid Mamdouh of Egypt. The five that remain in the running are Amina Mohamed of Kenya, Ngozi Okonjo-Iweala of Nigeria, Yoo Myung-Hee of South Korea, Mohammed Al-Tuwaijri of Saudi Arabia, and Liam Fox of the United Kingdom.

If there are surprises here, they are probably the elimination of Seade, who most observers regarded as a strong candidate on the merits, and the survival of Al-Tuwaijri, who many had marked for early elimination. The Machiavellian explanation—and there always is one when the WTO is involved—is that the countries who are determined to have one of the women candidates be the last one standing wanted to make sure that only the weaker male candidates made it through the first round to make sure they are eliminated in the second. That would explain Seade’s fate. Removing Mamdouh takes one of the three Africans out of the running, leaving the two women and increasing the odds that one of them will prevail in the end.

While that may not have been a shortsighted strategy, it probably was not a necessary one. The three women—all current or former ministers with extensive experience (although not all of it with the WTO in every case)—were clearly strong candidates and were widely expected to make it through this first tranche on their merits. That they did so, in fact, may complicate the next two elimination rounds. While governments have been willing to say, privately, they would like a woman, or an African, or both, to lead the organization, they have been much less willing to say which woman or which African. It is now becoming more apparent than ever that they will be stuck with having to choose between them.

The next consultation process is intended to further winnow the field from five to two. The ambassadors announced it will be conducted from September 24 to October 6, with the decision narrowing the list to two coming shortly after that. Of course, that assumes a smooth path where everyone cooperates, which lately has been a rare occurrence at the WTO. Eliminating two more candidates should not be difficult. The European Union is expected to oppose Fox given hard feelings over Brexit, and a number of countries will likely oppose Al-Tuwaijri. Getting from three candidates to two, however, is more difficult. Do you eliminate the South Korean, who is her country’s highly regarded trade minister, or one of the African women? To make that difficult decision, countries are going to have to show more of their cards than they have so far.

But this also presents the Troika with an opportunity to guide the process to a successful resolution. If the final two are Mohamed and Okonjo-Iweala, countries will be presented with a choice many of them may not want to make, particularly if African nations themselves are divided on who is the better choice. The two are not the same. The former is a WTO insider with extensive experience. The latter is an outsider with extensive experience in related areas and a reputation as an aggressive leader. Countries have a basis for choosing if they want to do so but run the risk of offending one or the other of two important countries on the continent. However, if the Troika were to decide on one of the two African women along with one of the other candidates, the final choice for the members would be much easier. That would bail out the members but put a difficult decision on the shoulders of the three ambassadors running the process. They will no doubt tell us that they are simply reflecting the will of the members, which is no doubt true, but sometimes the members’ will is not all that clear, which leaves the Troika members to do a bit of interpreting of their own. Let’s hope they get it right.

Online Event: The Implications of Brexit for Ireland: A conversation with Irish Ambassador Daniel Mulhall
October 29, 2020
In the News 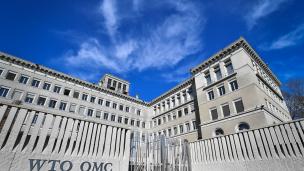 The WTO DG Race: What Happens Now?
By William Alan Reinsch
October 29, 2020
In the News

Discord Over Next Global Trade Chief Threatens to Blow Up WTO
Politico | Barbara Moens and Doug Palmer
October 28, 2020
In the News 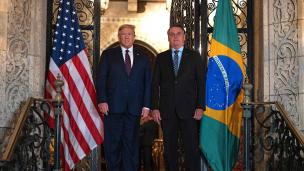 Brazil
By William Alan Reinsch
October 26, 2020
In the News

Trump Promised to Win the Trade War With China. He Failed
CNN | Jill Disis
October 25, 2020
View all content by this expert