1. In a word, vertigo will define the certain uncertainty of 2019. Consider a non-exhaustive list of the big, looming uncertainties.

2. The slow-motion automotive apocalypse will continue. The automotive industry finds itself crushed between three trends and one reality.

Trend one: Technological and market disruption. Between electric vehicles, autonomous driving, the takeover of the Internet of Things (IoT) and a data-driven economy, the car as we know it is no more. Automotive majors around the globe are in an arms race not only with one another but also with potentially transformational new entrants from Apple to Waymo.

Trend two: Changing consumer expectations, patterns, and behaviors. How many 20-somethings do you know who don’t own a car and really don’t ever want to own one? That’s a sea change in consumer outlook, and it has the likes of the Ford Motor Company reinventing itself as a “transportation company.” The future consumers of cars will likely be car companies themselves, who in turn must invent new customer-facing business models.

Trend three: Global trade tensions. In the course of the renegotiations of the North American Free Trade Agreement (NAFTA), the United States secured its desire for a higher percentage of North American-made parts, higher factory pay, and collective bargaining rights. Having just secured a reduction in auto tariffs from China, the Trump administration is now likely to seek to parlay those new standards into gains from other world automakers, including President Trump’s favorite target: EU automakers. The threatened 25 percent import tariffs on cars manufactured outside the United States is the sword of Damocles hanging over the German auto industry in particular.

The reality: Auto leaders are coming unglued under pressure. This year, the heads of Nissan/Renault and Audi—Carlos Ghosn and Rupert Stadler—were arrested, and Tesla’s Elon Musk was investigated by the Securities and Exchange Commission. The pressure is relentless on these leaders to lead transformation in an industry that accounts for over 10 percent of GDP in direct and indirect ways in the United States, Germany, and Japan.

3. Generational tensions in the United States will rise. Sometime in 2019, Pew research projects that the 62 million U.S. millennials (ages 23-38) will overtake baby boomers (ages 55-77) as America’s largest adult cohort. The consequences could be sweeping.

Baby boomers, born 1945-1963, dominate U.S. leadership ranks, from the past four presidencies to the CEOs of almost every major U.S. corporation. As millions of more boomers cross the traditional retirement age and beyond, younger Americans increasingly wonder why boomers are still calling all the shots at a time when few think the country is headed in the right direction.

Will 29-year-old Rep.-elect Alexandria Ocasio-Cortez prove a leading indicator of how millennials might seize power, circumvent existing hierarchies, and pursue a radically different political agenda? Millennial Americans, born 1981-1996, are on the cusp of comprising the largest voting bloc and worker segment, and they think quite differently about things than their elders. They’re also the first generation in U.S. history projected to be financially less well-off than their parents. Their risk calculus relative to the status quo is simply different from their elders.

As a conversation on federal spending and national spending come to the fore alongside budget battles in a split Congress, Medicare spending will be on the agenda. Why should the elder generation get single-payer healthcare while others struggle to keep up with rising healthcare costs? Boomers, now dependent on Medicare, will be loath to consider any cuts in their lifetimes, even as the overall program lurches to bankruptcy in the 2030s.

The implications could extend well beyond domestic politics. The differences in attitudes and values between boomers and millennials are striking, with millennials preferring a far less “hard defense”-centric foreign policy focused more on engagement (even with countries like China) and expressing greater concern for the environment (and linking environment with economics and security).

4. Expect more hacking and information manipulation as “gray zone” competition intensifies. Russia, China, Iran, and North Korea will continue to engage in a range of covert activities that blur the lines of war and peace, negating traditional strengths of the United States and its allies.

Business and citizens alike are increasingly caught in the crossfire, and it has been decades since U.S. national security policy involved true cooperation between government and the public to make the country more resilient to external security threats. Such reorganization and concerted effort are all the more difficult as adversaries intentionally target existing social divisions and play on public mistrust to weaken core institutions.

From Russia’s 2016 U.S. election interference to Chinese “debt imprisonment” of countries and capitals around the globe, gray zone tactics work. Adversaries of the United States and its allies have achieved political and military objectives without eliciting a proportionate (damaging) response. Weaker states have strategically sidelined U.S. economic and military advantage and undermined global order while publicly accusing the United States of abusing its relative power and acting unilaterally.

5. The Indo-Pacific region continues its drift toward a Hobbesian order. The United States and China are increasingly asking countries in the region to choose between them, pivoting from an era of broader multilateralism and integration.

The Trump administration’s tough line on China lacks an organizing framework beyond “strategic competition.” U.S. calls for a “free and open” Indo-Pacific have been welcomed, but the failure of President Trump to attend the East Asia Summit and the U.S.-ASEAN Summit in Singapore and the 2018 Asia Pacific Economic Cooperation (APEC) Economic Leaders’ Meeting in Papua New Guinea caused deep concern about U.S. commitment in the region, as our CSIS colleagues recently noted. So too, increased U.S. military presence and the introduction of new initiatives in infrastructure development and cybersecurity cooperation are useful, but the absence of an economic framework to replace the Trans-Pacific Partnership (TPP) remains the most important policy matter from the region’s perspective.

China, for its part, continues to assert itself through territorial claims and island building activities in the South China Sea, the coercive politics of the Belt and Road Initiative, and malign influence in its neighbors’ internal affairs and democratic processes. But there are no questions in the region that it is there to stay.

The recent visit by Japanese prime minister Shinzo Abe to Beijing—notable as the first in seven years—was a vivid example of how U.S. allies and partners in the region feel they must find a modus vivendi with China that doesn’t rely on continued U.S. presence and commitment. So too, the recent rapprochement with China by Singapore and the Philippines shows how the region’s concern over U.S. “stick-to-it-ness” is translating to decisions that countries hope better position them to live with a powerful and increasingly assertive resident power.

Sam Brannen leads the Risk and Foresight Group and is a senior fellow in the International Security Program at the Center for Strategic and International Studies in Washington, D.C. 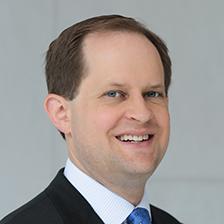 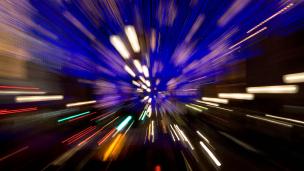 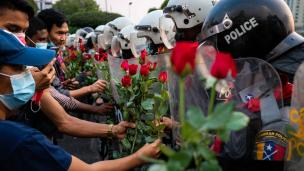 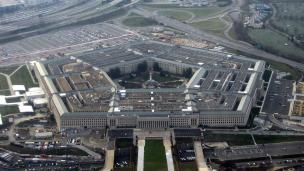 A Better Way to Identify and Address Threats to National Security
By Samuel Brannen
January 28, 2021
In the News 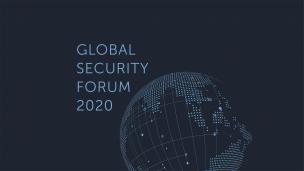 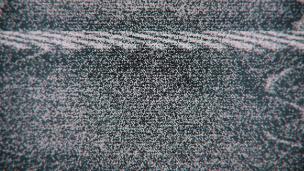 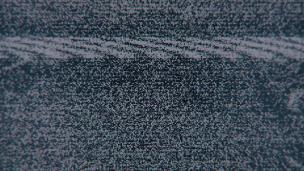 Promote and Build: A Strategic Approach to Digital Authoritarianism
By Erol Yayboke, Samuel Brannen
October 15, 2020
View all content by this expert