As Covid-19 spreads, governments throughout the world are using the virus as an excuse to crack down on the free press. Latin America is no exception. From Venezuela to Nicaragua, journalists and media organizations are increasingly seeing their rights violated. Journalists are been harassed and jailed for questioning government narratives regarding the virus, or for using social media to expose potential unreported cases.

That this is happening in Latin America is unsurprising. A snapshot of the region shows caudillos, sensational and flamboyant press, but also very brave journalists and irrepressible civil society.  The Americas is one of the more repressive for journalists, with 10 out of the 21 countries ranked in the bottom 80 in terms of press freedom, according to Reporters Without Borders’ 2020 index. These governments are using Covid-19 as an excuse to censor and silence the media, often to protect their own image in the face of criticism. In doing so, they are making it harder for citizens and health care systems to prepare for the Covid-19 pandemic, therefore compromising health outcomes. At the same time, without a well-developed press, vulnerable populations in Latin America are falling prey to misinformation about how the coronavirus spreads or how it can be treated. 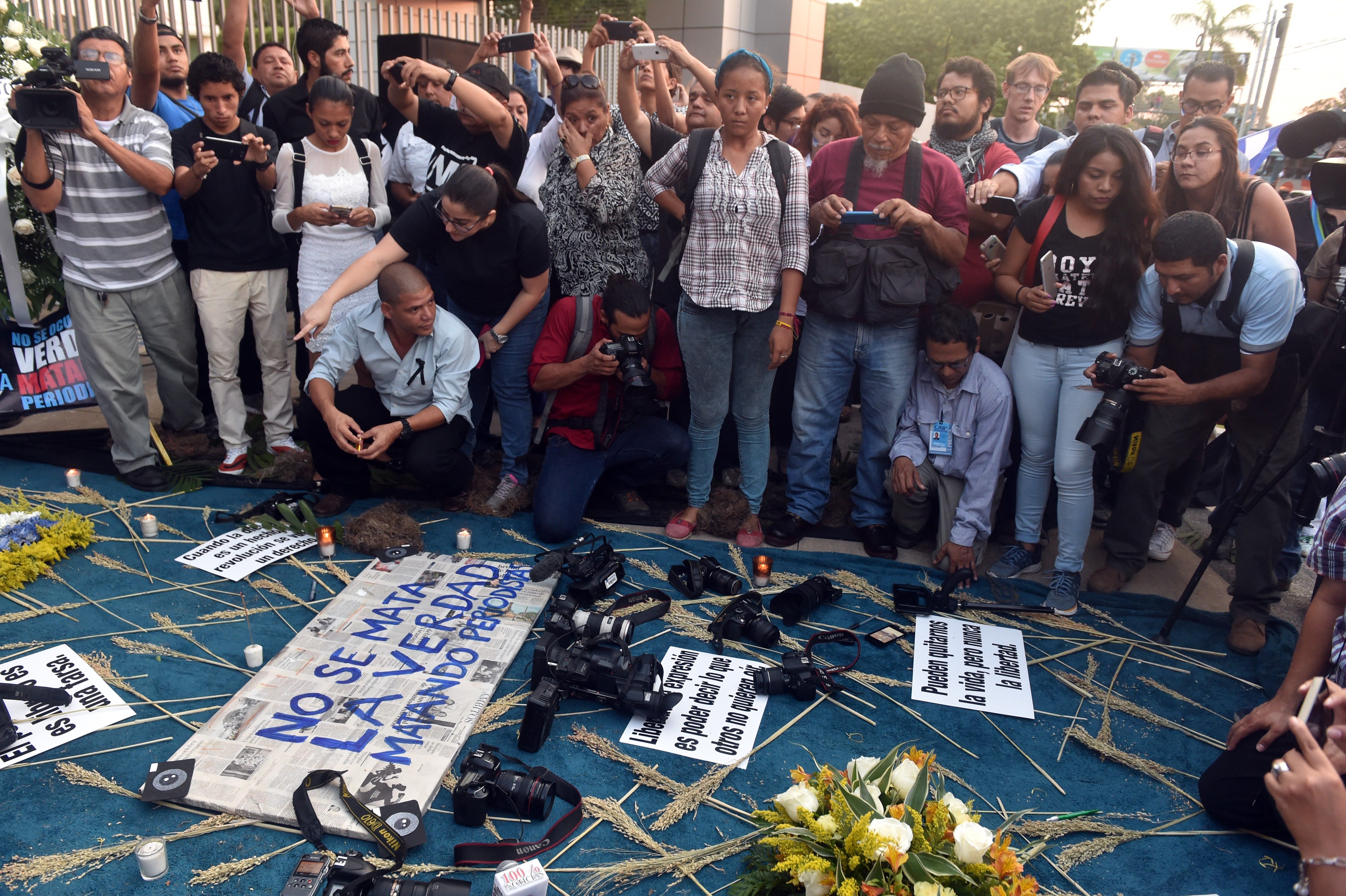 In this commentary, the authors will highlight the ongoing barriers to maintaining freedom of the press in Venezuela and Nicaragua, particularly during the Covid-19 pandemic. They highlight lessons learned in China and outline four recommendations to fight misinformation and build a free press during and after the pandemic in Latin America.

The most concerning case is Venezuela, where, for two decades, Chavista governments have dismantled the country’s independent media, stifled key opposition outlets, and used public funds to disseminate state propaganda. Now, as the coronavirus spreads, the Maduro regime is cracking down on journalists who have reported on the virus or criticized the regime’s lack of transparency. On March 21, security forces arbitrarily arrested Darvinson Rojas, a Venezuelan freelance journalist who had posted on social media about possible Covid-19 hospitals. Since a nationwide quarantine was imposed, government security forces have arbitrarily detained 18 other journalists, and at least 34 press workers have suffered some form of attack. The regime has excused these arrests by claiming that these individuals were spreading false and dangerous information about the virus. In May, the Academy of Physical, Natural, and Mathematical Studies published a report criticizing the government’s official case count and warning that cases may surge in the coming months. The Maduro regime responded by launching an investigation into the scientists who worked on the report.

In Nicaragua, as in Venezuela, the Ortega government has infringed upon press freedoms by closing opposition newspapers, blocking these newspapers’ ability to import ink and paper, and arresting and defaming journalists. The Ortega government barely acknowledged the severity of the pandemic. Instead, on March 14, Vice President Rosario Murillo organized a massive, state-funded Covid-19 parade, which over 10,000 people attended. The government did not agree to limit the size of large events until late May, and it has not formally implemented any social distancing measures. The Ortega government maintains a culture of secrecy and continues to use the state-backed media apparatus to control the coronavirus narrative. For example, though the Ministry of Health hosts frequent press conferences, the only media outlets invited are either operated by the state or owned by Ortega’s family. Whereas most countries are providing daily updates on case counts, Nicaragua has only released weekly data, drawing sharp criticism from the Pan American Health Organization (PAHO).

Without a Free Press, Covid-19 Is an Even Greater Threat

By cracking down on the press, some Latin American governments are making Covid-19 even more dangerous. In Venezuela, for example, doctors, lab workers, and even top health officials have no clarity on the real number of cases, or the capacity of the country’s health system. In an effort to control the narrative, the Maduro regime blocked private facilities from processing Covid-19 tests. Moreover, by corroding press freedoms and intimidating journalists, the regime has forced the public to rely on social media, and on apps like WhatsApp, for news. This has fostered a culture in which fake news and disinformation spreads faster than the virus itself. At times, this fake news is propagated directly by the regime. For example, Maduro claimed, on national television, that people could protect themselves by drinking a homemade lemongrass tea that eliminates the virus through an “electrostatic forcefield”.

In Nicaragua, where the Ortega government has not accepted a technical assistance offer from the Pan American Health Organization (PAHO), citizens, civil society groups, the church, and private businesses have had to cut through disinformation and voluntarily adopt social distancing measures. Because of the lack of transparency and limited testing, Nicaraguan doctors are reporting that many Covid-19 deaths are being listed as pneumonia deaths.

China Is Not the Example to Follow for Latin America

Latin American leaders should consider the lessons learned in China, where experts note that a lack of press freedom facilitated the spread of the virus. If the Chinese Communist Party had not censored journalists and punished whistleblowers, millions of people in China would have been informed about the epidemic sooner, and thousands of lives could have been spared. Press freedoms would have also made it easier for the international community to understand and prepare for the epidemic far earlier instead of having to rely on questionable and delayed data from Chinese authorities.

As Covid-19 spreads and Latin American governments crack down on free press, there are a number of actions that could combat misinformation. In the short term, technology companies and media literacy organizations can work to prevent false information about Covid-19 from spreading to vulnerable populations by:


In the long term, civil society groups, multilateral organizations, and developed democracies should support efforts to rebuild a robust and free press in those countries in Latin America where free press has been corroded, with an emphasis on:

Margarita R. Seminario is deputy director and a senior fellow with the Americas Program at the Center for Strategic and International Studies (CSIS) in Washington, D.C. Claudia Fernandez is an intern with the CSIS Future of Venezuela Initiative.

Intern, The Future of Venezuela Initiative