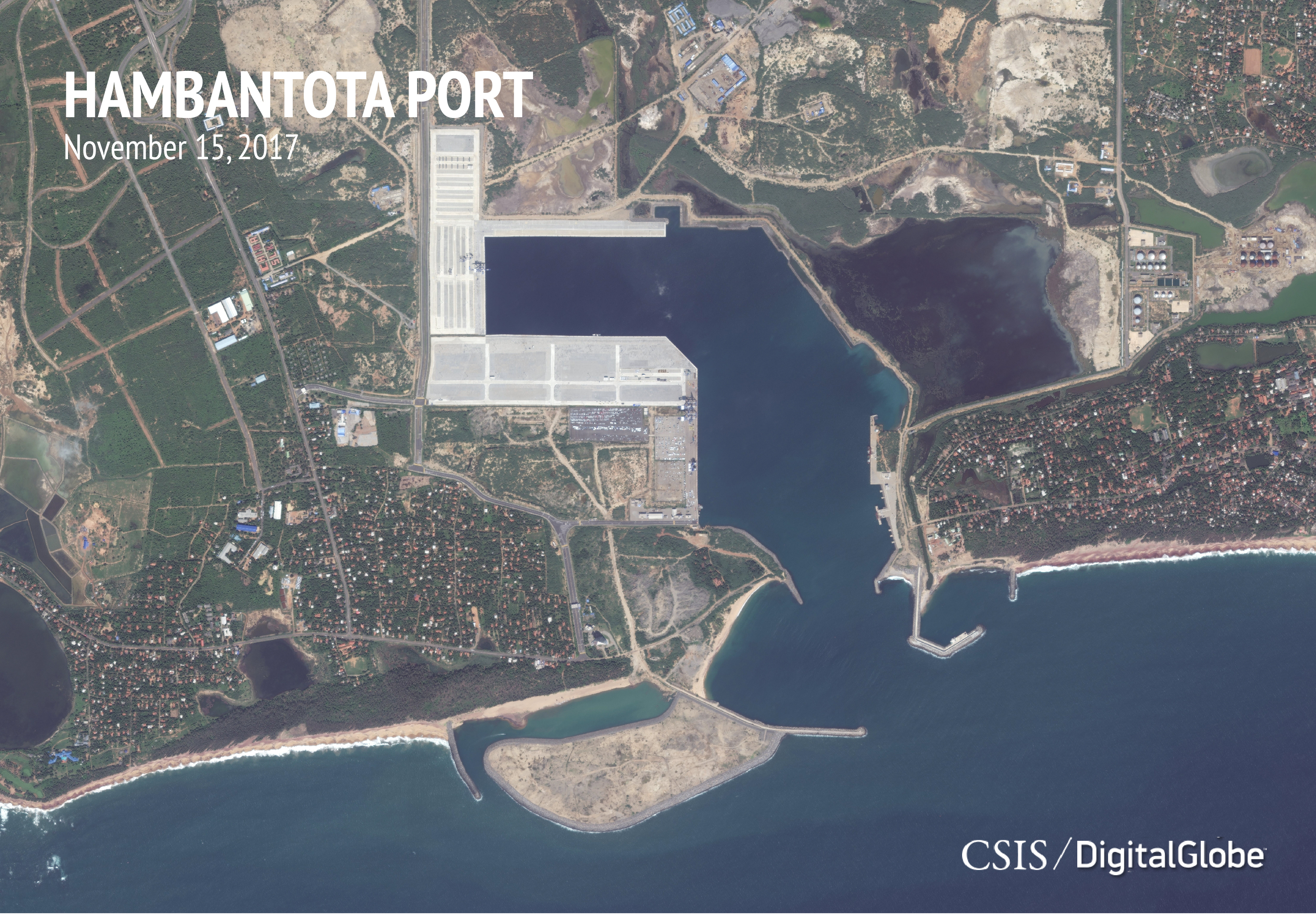 The view from Hambantota’s Martello Tower says it all. Built by the British in the early 1800s as a lookout post, the small circular fort occupies a hill on Sri Lanka’s southern coast. Look west, along that coastline, and shipping cranes rise above a new port. Look south, out to the Indian Ocean, and hulking ships move cargo along one of the world’s busiest shipping lanes. These images could converge in the coming years, but on most days, they remain miles apart. Last year, only 175 cargo ships arrived at Hambantota’s port.

This gap explains how Hambantota became a cautionary tale in Asia’s infrastructure contest. The port was intended to transform a small fishing town into a major shipping hub. In pursuit of that dream, Sri Lanka relied on Chinese financing. But Sri Lanka could not repay those loans, and in 2017, it agreed to give China a controlling equity stake in the port and a 99-year lease for operating it. On the day of the handover, China’s official news agency tweeted triumphantly, “Another milestone along path of #BeltandRoad.”

The challenge, of course, is that political incentives are skewed toward starting big projects sooner without mitigating risks.

Not everyone is celebrating. Negotiations around the port sparked local protests and accusations that Sri Lanka was selling its sovereignty. Some observers worry that China’s infrastructure investments are creating economic dependencies, which are then exploited for strategic purposes. In 2014, a Chinese submarine docked at Colombo, Sri Lanka’s capital, setting off alarms about China’s expanding military footprint. Unlike Colombo, where Sri Lanka’s navy is headquartered, Hambantota is more isolated and could offer Chinese vessels greater independence.

Sri Lankan officials have tried to calm those fears. “Sri Lanka headed by President Maithripala Sirisena does not enter into military alliances with any country or make our bases available to foreign countries,” Sri Lankan Prime Minister Ranil Wickremesinghe said in August 2017. In February 2018, Sri Lanka’s highest-ranking military officer said, “There had been this widespread claim about the port being earmarked to be used as a military base. . . . No action, whatsoever will be taken in our harbor or in our waters that jeopardizes India’s security concerns.” Sri Lanka’s parliament approved the agreement, but the text has not been made public, allowing suspicions to fester.

As speculation continues about Hambantota’s future, its past provides lessons for Asia’s broader infrastructure competition. For recipient countries, the case underscores the importance of assessing infrastructure projects as part of an overall development strategy. Infrastructure projects often look more attractive in isolation, but their long-term success hinges on being part of a wider network, whether transportation, energy, information, or other systems. A broader approach also draws attention to debt sustainability. The challenge, of course, is that political incentives are skewed toward starting big projects sooner without mitigating risks.

Hambantota’s port did not appear overnight, but resulted from a series of Sri Lankan government decisions. Many Chinese-funded projects in Sri Lanka have been unsolicited, but Hambantota’s port is not one of them. Constructing a port at Hambantota has been part of Sri Lanka’s official development plans since at least 2002. In 2003, SNC Lavalin, a Canadian engineering firm, completed a feasibility study for the port A Sri Lankan government-appointed task force reviewed and ultimately rejected the study, faulting it for ignoring the port’s potential impact on Colombo Port, which in recent years has handled roughly 95 percent of Sri Lanka’s international trade.

Hambantota’s main challenge came from within Sri Lanka itself.

In 2006, Ramboll, a Danish consulting firm, completed a second feasibility study. It took a relatively optimistic view of the port’s potential, basing traffic projections on Sri Lanka’s future growth and overflow from existing ports at Colombo, Galle, and Trincomalee. Dry and break bulk cargo (commodities and goods loaded individually rather than in standard containers) would provide the main source of traffic until 2030, when the balance would start shifting toward container traffic. By 2040, the port would handle nearly 20 million twenty-foot equivalent units (TEU), roughly as much as the world’s fifth busiest port in 2015.

With that assessment in hand, Sri Lankan President Mahina Rajapaksa was even more eager to pursue the project. Elected in 2005, Rajapaksa had promised to develop Sri Lanka’s southern districts, especially his home district of Hambantota, which was among the areas devastated by the 2004 tsunami. During Rajapaksa’s tenure in office, Sri Lanka embarked on a series of ambitious projects. Many of these big-ticket projects—including an international airport, a cricket stadium, and the port—had three things in common: they used Chinese financing, Chinese contractors, and Rajapaksa’s name. 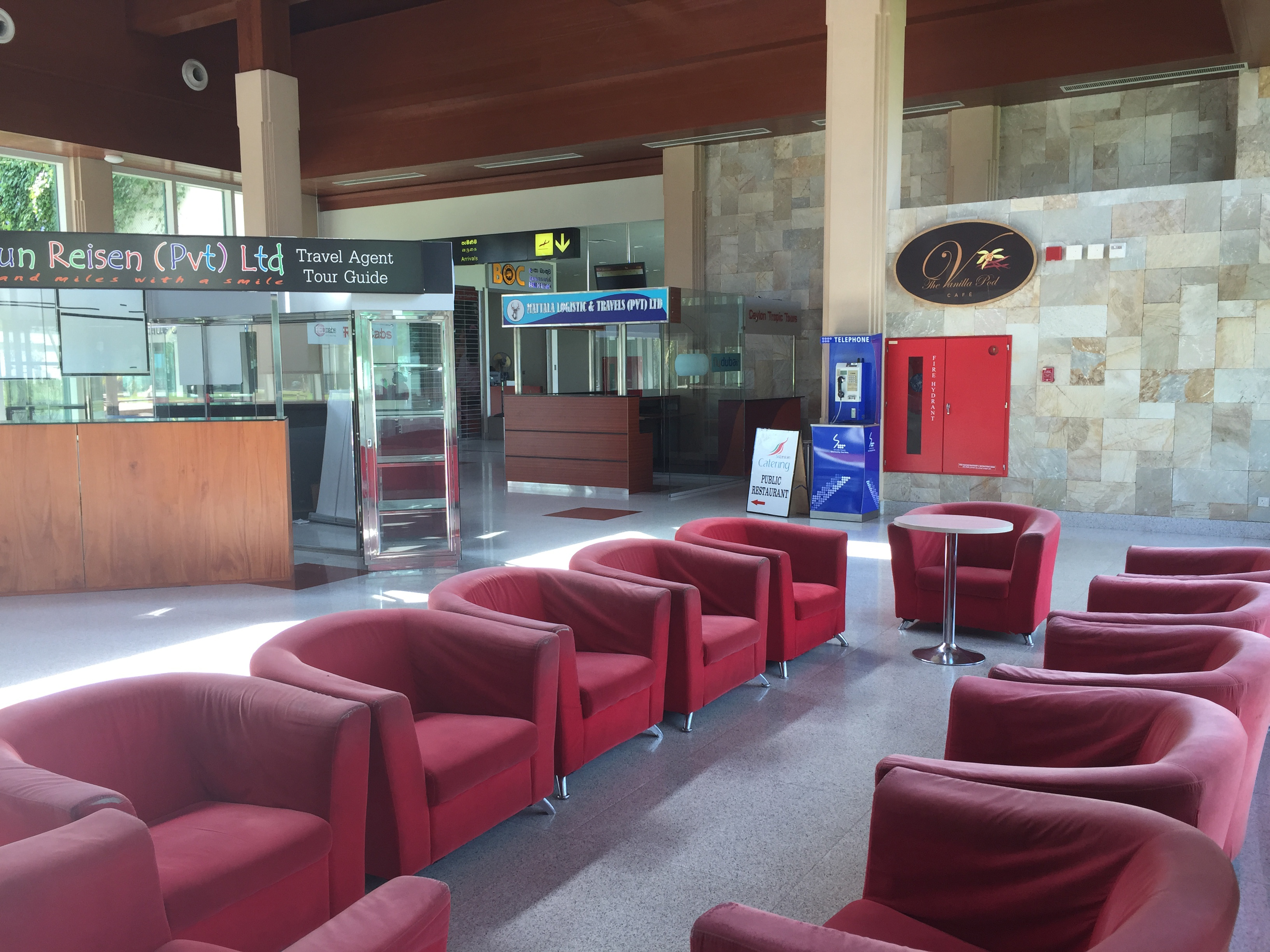 Chinese loans were often at high rates. The first phase of the Hambantota port project was a $307 million loan at 6.3 percent interest. Multilateral development banks typically offer loans at rates closer to 2 or 3 percent, and sometimes even closer to zero. One reason China is successful in locking in these higher rates is that better alternatives are often unavailable. Another reason is that Chinese loans, while often requiring the partner to use Chinese contracts, are not as stringent in their requirements for safeguards and reforms. There were no competing offers for Hambantota’s port, suggesting that other potential lenders did not see rewards commensurate with the project’s risks.

Putting political ambitions ahead of market demands, this approach failed to consider Hambantota port within a larger development strategy. Critically, the port at Colombo handled 5.7 million TEU in 2016, has not reached capacity, and will expand in the coming years. If Colombo port’s most ambitious plans are realized, its capacity could expand to 35 million TEU by 2040. Early plans for Hambantota focused on offering fuel services, but under Rajapaksa, it was scaled up to include other activities, many of them already carried out at Colombo. In sum, Hambantota’s main challenge came from within Sri Lanka itself.

The political environment changed in 2015, when Maithripala Sirisena unseated Rajapaksa, but the new government’s options were limited. It reexamined some deals and halted construction at Hambantota’s port. While well-intentioned, this also delayed any revenue the port could generate, effectively making it even more difficult to service the loans. By 2015, some 95 percent of Sri Lanka’s government revenue was going toward servicing its debt, and the government initiated debt renegotiations with China. Talks culminated in the 70 percent equity and 99-year lease deal.

Highlighting the mistakes that led to Hambantota’s handover is easier than identifying a path forward. But Sri Lanka and its partners are not without options for limiting the damage and preventing similar outcomes in the future.

For its part, the Sri Lankan government could release the full text of the port agreement to help address concerns about the port’s future use. It could also improve government procurement and accounting processes. National debt remains a major concern. In February 2018, Sri Lanka’s auditor general admitted that he could not say with certainty how much public debt the country owed. Greater transparency would help across the board, from evaluating project proposals to contracting and payments.

Advancing a “free and open” Indo-Pacific will not come free.

The challenge for Sri Lanka’s partners is to avoid throwing good money after bad. India, for example, has expressed interest in taking over the international airport near Hambantota port. Officials have suggested it could be used as a flight school. The prospect of turning a failing project around is difficult to resist. But if that attempt is unsuccessful, India risks assuming the reputational damage that China would otherwise suffer. Likewise, Indian and Japanese interest in port facilities in Trincomalee, on Sri Lanka’s east coast, should be tempered by Sri Lanka’s debt levels and the existence of competing ports in the region. 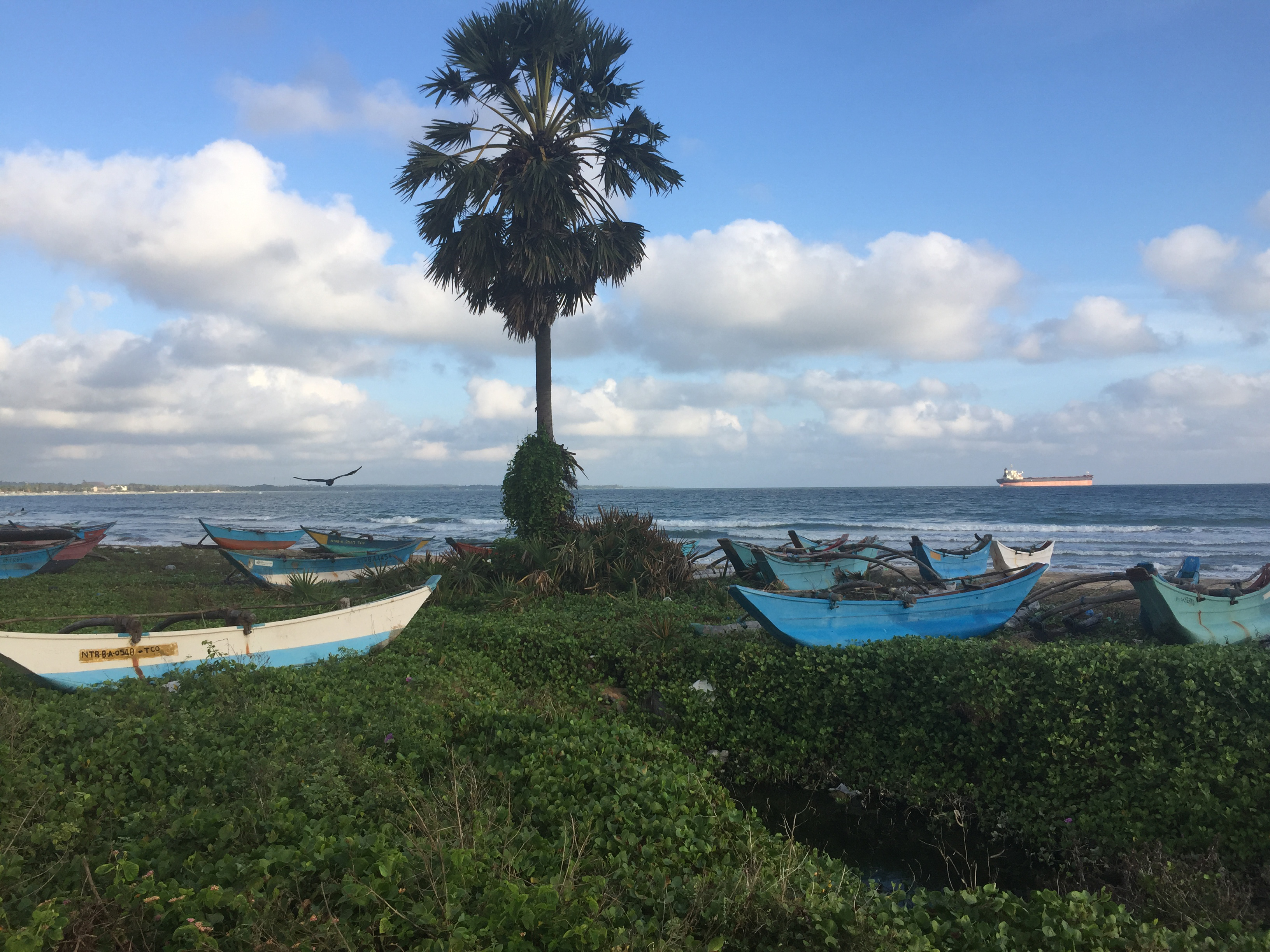 India has another type of leverage, but may not be willing to use it. Its domestic shipping laws do not allow foreign vessels to carry domestic cargo between Indian ports. If those laws were loosened, allowing for greater international participation, India’s own ports would become more active and the need for transshipment services at Sri Lanka’s ports would decline. That would likely cut into a primary source of Hambantota’s future traffic, but also negatively impact Colombo port. Perhaps the biggest barrier to implementation are the interests within India that benefit from these laws and the status quo. But at some point, a stronger response to murky Chinese port investments could include greater openness of India’s own ports.

Clearly, advancing a “free and open” Indo-Pacific will not come free. As Sri Lanka’s experience illustrates, it is not enough to warn against embarking on risky projects. When leaders weigh the short-term incentives of starting projects against the long-term risks of debt and subpar performance, the former often wins out. Better financing alternatives could limit recipient countries’ exposure to high interest rates and project terms that create dangerous dependencies. Capacity-building measures could help train governments to evaluate projects and negotiate terms.

But none of this will solve the fundamental challenge of walking away from unviable projects. Better financing alternatives cannot and should not be made available for all proposed projects. Some projects simply should not be pursued. That responsibility falls to government officials, and in democracies, the citizens who elect them. Sri Lanka’s recent local elections suggest its political winds could change yet again, potentially bringing former President Rajapaksa back to power in 2020. When you climb down from Hambantota’s Martello Tower, there is a plaque and picture of him, smiling, at the bottom of the ladder.

Jonathan Hillman is a fellow with the Simon Chair in Political Economy and director of the Reconnecting Asia Project at CSIS.