Whether you believe law enforcement is “going dark” or we are in a “golden age of surveillance,” law enforcement faces substantial challenges in identifying and accessing digital evidence that is available and important to their criminal investigations. Some of these problems are no doubt related to encryption and ephemerality of data—the two issues that have absorbed most of the national attention to date. But the problems with digital evidence and digital technologies go far beyond those issues and affect over one-third of law enforcement cases.

Over the past year, we conducted a series of interviews with federal, state, and local law enforcement officials, attorneys, service providers, and civil society groups. We also commissioned a survey of law enforcement officers from across the country to better understand the full range of difficulties they are facing in accessing and using digital evidence in their cases. Survey results indicate that accessing data from service providers—much of which is not encrypted—is the biggest problem that law enforcement currently faces in leveraging digital evidence.

This is a problem that has not received adequate attention or resources to date. An array of federal and state training centers, crime labs, and other efforts have arisen to help fill the gaps, but they are able to fill only a fraction of the need. And there is no central entity responsible for monitoring these efforts, taking stock of the demand, and providing the assistance needed. The key federal entity with an explicit mission to assist state and local law enforcement with their digital evidence needs—the National Domestic Communications Assistance Center (NDCAC)—has a budget of $11.4 million, spread among several different programs designed to distribute knowledge about service providers’ poli­cies and products, develop and share technical tools, and train law enforcement on new services and tech­nologies, among other initiatives.

The good news is that these are problems that can be solved or at the very least be much better managed than they are now. Any workable solution will require renewed efforts from both law enforcement and service providers. It will require a national commitment, adequate resourcing, and a shift in policy. But the costs are moderate and the payoffs likely large. This is what we call the low-hanging fruit.

Former Deputy CIA Director David Cohen: "This report identifies steps that can and should be taken to ensure law enforcement can access, consistent with privacy and civil liberties, the digital evidence needed to solve crimes. The recommendations in this report should be read with care and followed."

Former Deputy and Acting CIA Director Michael Morell: "This report is a sophisticated and insightful analysis of important and challenging issues involved in law enforcement access to digital evidence. Navigating carefully through a highly polarized debate, and expressly avoiding some of the most controversial issues (including encryption), the report nonetheless identifies several examples of low-hanging fruit that present the real possibility of significant win-win solutions advancing both security and privacy."

Former FBI General Counsel, Assistant Attorney General, and Homeland Security Advisor Ken Wainstein: "CSIS is to be commended for bringing a practical perspective to the debate over the government’s access to digital information and producing a report that provides both a clear-eyed analysis of this complex issue as well as a set of well-considered recommendations that could advance the causes of both privacy and law enforcement."

Former Deputy Attorney General Larry Thompson: "This report thoughtfully reviews several key issues involved in law enforcement access to digital evidence and makes thoughtful recommendations that promise the real possibility of enhancing both privacy and security. It should be read by all serious students of this important field."

Former Deputy Attorney General Jamie Gorelick: "The CSIS report avoids the most polarizing issues, focusing instead on the low-hanging fruit that can be harvested to increase law enforcement access to digital evidence without threatening privacy. The report’s recommendations merit careful consideration by policymakers."

Former Boston Police Commissioner Ed Davis: "This is a very important work. It raises vital questions for digital evidence in the justice system."

Former Washington State Attorney General Rob McKenna: “As law enforcement authorities around the country strive to overcome investigative challenges they confront in a world that increasingly relies on digital technology, the key to progress will be finding concrete solutions that enhance public safety, protect personal privacy and respect the rule of law. In an area often known more for dividing rather than uniting the various stakeholders, the thoughtful recommendations contained in this report deserve careful consideration by policymakers.” 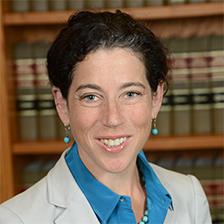 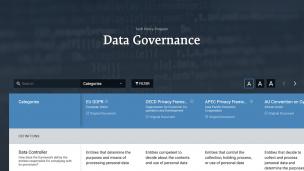 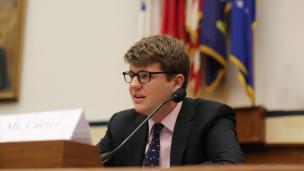 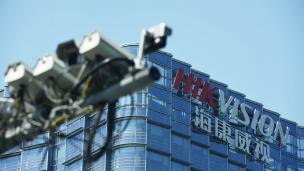 Understanding the Entities Listing in the Context of U.S.-China AI Competition
By William A. Carter
October 15, 2019
View all content by this expert